Over 100 participants from 18 countries – including NASA scientists and the agency’s NEOWISE mission – took part in the international exercise.

Watching the skies for large asteroids that could pose a hazard to the Earth is a global endeavor. So, to test their operational readiness, the international planetary defense community will sometimes use a real asteroid’s close approach as a mock encounter with a “new” potentially hazardous asteroid. The lessons learned could limit, or even prevent, global devastation should the scenario play out for real in the future.

To that end, more than 100 astronomers from around the world participated in an exercise last year in which a large, known, and potentially hazardous asteroid was essentially removed from the planetary defense-monitoring database to see whether it could be properly detected anew. Not only was the object “discovered” during the exercise, its chances of hitting Earth were continually reassessed as it was tracked, and the possibility of impact was ruled out.

Coordinated by the International Asteroid Warning Network (IAWN) and NASA’s Planetary Defense Coordination Office (PDCO), the exercise confirmed that, from initial detection to follow-up characterization, the international planetary defense community can act swiftly to identify and assess the hazard posed by a new near-Earth asteroid discovery. The results of the exercise are detailed in a study published in the Planetary Science Journal on Tuesday, May 31.

The exercise focused on the real asteroid Apophis. For a short while after its discovery in 2004, Apophis was assessed to have a significant chance of impacting Earth in 2029 or later. But based on tracking measurements taken during several close approaches since the asteroid’s discovery, astronomers have refined Apophis’ orbit and now know that it poses no impact hazard whatsoever for 100 years or more. Scientific observations of Apophis’ most recent close approach, which occurred between December 2020 and March 2021, were used by the planetary defense community for this exercise.

“This real-world scientific input stress-tested the entire planetary defense response chain, from initial detection to orbit determination to measuring the asteroid’s physical characteristics and even determining if, and where, it might hit Earth,” said Vishnu Reddy, associate professor at the University of Arizona’s Lunar and Planetary Laboratory in Tucson, who led the campaign.

Astronomers knew Apophis would approach Earth in early December 2020. But to make the exercise more realistic, the Minor Planet Center (MPC) – the internationally recognized clearinghouse for the position measurements of small celestial bodies – pretended that it was an unknown asteroid by preventing the new observations of Apophis from being connected with previous observations of it. When the asteroid approached, astronomical surveys had no prior record of Apophis.

On Dec. 4, 2020, as the asteroid started to brighten, the NASA-funded Catalina Sky Survey in Arizona made the first detection and reported the object’s astrometry (its position in the sky) to the Minor Planet Center. Because there was no prior record of Apophis for the purpose of this exercise, the asteroid was logged as a brand-new detection. Other detections followed from the Hawaii-based, NASA-funded Asteroid Terrestrial-impact Last Alert System (ATLAS) and Panoramic Survey Telescope and Rapid Response System (Pan-STARRS).

As Apophis drifted into the field of view of NASA’s Near-Earth Object Wide-field Infrared Survey Explorer (NEOWISE) mission, the MPC linked its observations with those made by ground-based survey telescopes to show the asteroid’s motion through the sky. On Dec. 23, the MPC announced the discovery of a “new” near-Earth asteroid. Exercise participants quickly gathered additional measurements to assess its orbit and whether it could impact Earth.

"Even though we knew that, in reality, Apophis was not impacting Earth in 2029, starting from square one – with only a few days of astrometric data from survey telescopes – there were large uncertainties in the object’s orbit that theoretically allowed an impact that year,” said Davide Farnocchia, a navigation engineer at NASA’s Jet Propulsion Laboratory in Southern California, who led the orbital determination calculations for JPL’s Center for Near Earth Object Studies (CNEOS).

During the asteroid’s March 2021 close approach, JPL astronomers used NASA’s 230-foot (70-meter) Goldstone Solar System Radar in California to image and precisely measure the asteroid’s velocity and distance. These observations, combined with measurements from other observatories, enabled astronomers to refine Apophis’ orbit and rule out a 2029 impact for the purpose of the exercise. (Beyond the exercise, they also were able to rule out any chance of impact for 100 years or more.)

“The independent infrared data collected from space greatly benefited the results from this exercise,” said Akash Satpathy, an undergraduate student who led a second paper with NEOWISE Principal Investigator Amy Mainzer at the University of Arizona, describing the results with inclusion of their data in the exercise. “NEOWISE was able to confirm Apophis’ rediscovery while also rapidly gathering valuable information that could be used in planetary defense assessments, such as its size, shape, and even clues as to its composition and surface properties.”

By better understanding the asteroid’s size, participating scientists at NASA’s Ames Research Center in Silicon Valley, California, could also estimate the impact energy that an asteroid like Apophis would deliver. And the participants simulated a swath of realistic impact locations on Earth’s surface that, in a real situation, would help disaster agencies with possible evacuation efforts.

“Seeing the planetary defense community come together during the latest close approach of Apophis was impressive,” said Michael Kelley, a program scientist with PDCO, within NASA’s Planetary Science Division at NASA Headquarters in Washington, who provided guidance to the exercise participants. “Even during a pandemic, when many of the exercise participants were forced to work remotely, we were able to detect, track, and learn more about a potential hazard with great efficiency. The exercise was a resounding success.”

NEOWISE’s successor, the next-generation NEO Surveyor, is scheduled to launch no earlier than 2026 and will greatly expand the knowledge NEOWISE has amassed about the near-Earth asteroids that populate our solar system.

More information about CNEOS, asteroids, and near-Earth objects can be found at:

Oh no!
You know what that means!!!

Then this means there is going to be an asteroid attack.

We pissed off a group of aliens who came in peace,

The real hazard with Earth-grazers is they just need a calibrated nudge to become Earth-impacters at a specific location.

Of course giving a nudge to an asteroid or comet requires access to space, and there’s probably gonna be a big war over that very thing. Ultimately there can be only one country or treaty organization which controls access to space.

As for why, for one thing because mining and killing satellites and space stations is way too easy. Nudging dangerous space rocks to make them weapons is going to become easier and easier as well. The only sure security against space sabotage/attack is hegemony over space and a policy of destroy-during-boost applied to unauthorized launches.

For another thing, imagine if we the US wanted to send 50 ambassadors, one from each state, to the UN and every major country. They would rightly say, send us ONE or forget it. Now extrapolate to exo-politics, if we live so long as to see it in action.

Apophis? Seriously? They chose the name Apophis as a possible threat to the Earth? What’s next... Anubis? .. Hathor?

Two days in a row I got a Jack O’Neill reference in.

Stayed tuned tomorrow as I go for the hat trick.

All taken out by SG1 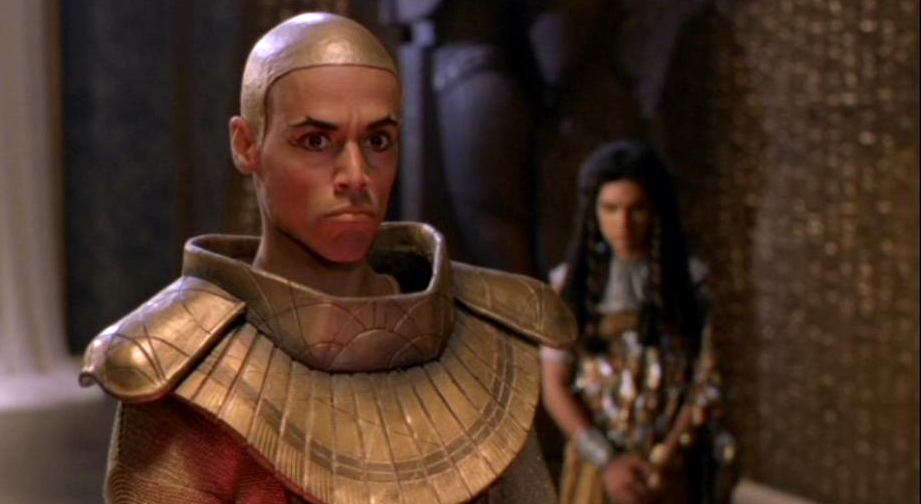 I'm sure he's not pleased that his OPSEC was blown for this exercise.

A global effort to detect then assess.......I think they should focus on prevention.

Ping me when ya do!

Spotted, identified and watched all the way to impact. Nice. That’s really helpful.


This issue kills global warming and becomes the science driver for the next century. Make some noise.

I can see it won’t be a dull summer with you guys around.