It was a horrendous night on Tuesday for liberals as Republicans were poised to sweep into power in previously blue Virginia and running a close race for New Jersey’s governor’s mansion. And with that, MSNBC was beside itself with DEFCON-1 levels of hysteria that showed, at least for one night, that the far-left cable journalists and pundits had learned nothing.

MSNBC again turned to Rachel Maddow, Joy Reid, and Nicolle Wallace to lead their coverage from 6:45 p.m. to 11 p.m. Eastern and, quite simply, it was a rhetorical bloodbath with unhinged hatred about Republicans having “turned the suburbs” into a bastion of racist insurrectionists hellbent on opposing critical race theory in schools.

And despite numerous false claims by a litany of MSNBCers that Critical Race Theory wasn’t “not taught” in schools, their utterances didn’t change the fact that CRT does exist in schools.

Deadline: White House host Nicolle Wallace: “I mean, he worshipped at the altar of Donald Trump on Fox News. He flew an insurrection flag at his rallies. He simply didn’t — he played dumb about a Zoom rally. He did not really put much distance between himself and Donald Trump on the Big Lie or the deadly insurrection in which police officers were maimed by flagpoles. I think that the real ominous thing is that critical race theory, which isn't real, turned the suburbs 15 points to the Trump insurrection-endorsed Republican. What do Democrats do about that?”

Former Obama campaign manager David Plouffe: “I will point out, Nicolle, you know, the banning of the books and the flag flying, as appalling as they were — and they got a lot of attention — but I think, in Virginia, Youngkin spent months spending millions of dollars running ads, more like he was a Romney Republican.”

“[C]ritical race theory is the most recent more eloquent iteration of — of — of the southern strategy. Right? Whether it be crosstown bussing, whether it be the welfare queen, whether it be defund the police, this original sin of America keeps evolving and critical race theory is — is — is the most — most latest and most eloquent, quite frankly, iteration of the southern strategy and a way, quite frankly, to tribalize an election and tribalize an electorate in way to drive up — drive up the white vote.”

Education Is Just a ‘Code for White Parents’ Who ‘Don’t Like...Teaching About Race’

“And the exit polls showed that — which was interesting, that the coronavirus, or that the virus was a very — of not importance to many voters. It was education, which is code for white parents don't like the idea of teaching about race. Unfortunately, race is just the most palpable tool in the toolkit. It used to be of the Democratic Party back in the day when they were Dixiecrats. And now the Republican party. It just is powerful.”

“After Barack Obama won the presidency in 2008, Bob McDonnell won in 2009 and what did the Republicans do? They instantly elevated him to presidential status...And then Bob McDonnell was a terrible governor in Virginia who ran on crazy policies that made no sense and that made Virginia a scandal and got them boycotted nationwide. Remember the mandatory vaginal ultrasound stuff? I mean and then he gets run out of office on a bizarre corruption scandal. I mean, how you comport yourself once in office is going to make the difference here.”

“Donald Trump blew up so much about our politics that reclaiming the most conventional wisdom pre-Trump feels like some innovation. This is the way Republicans always used to run. They would — they would say it was about education, it was about welfare, it was about a handout. It was, you know, there were these sort of coded appeals that were able to weave together different coalitions that the guy at the back of the rally with the confederate flag was there for you but so was the, you know, relatively affluent suburban mom who doesn't like Donald Trump saying send them back and we're going to ban all the Muslims. Right? Like, this is not rocket science.”

‘Critical Race Theory Was a Lie’; GOP Cheated by Bringing ‘Knives’ to ‘A Boxing Match’

“Critical race theory was a lie. And I think we need to go on offense a little bit and Terry McAuliffe tried to do this. Say it’s a lie. They know it’s a lie. But are you scared for your kids to learn about slavery or lynching or housing discrimination? Are we raising kids that to be that weak? Like, I think sometimes we answer with facts and we don't believe people will believe, but they’re not going to campaign on a level, Nicolle. They are going to lie. They will say anything. If this is a boxing match, they’re bringing heavier gloves and knives in their boots.”

Youngkin ‘Stok[ed] Hysteria Over the Coded Boogeyman of’ CRT

“Trump approved Republican Glenn Youngkin’s closing message to Virginia voters has almost singularly focused on weaponizing race, stoking hysteria over the coded boogeyman of critical race theory, which is not currently taught in any Virginia public school. From promoting banning Toni Morrison’s Beloved, this epic novel, a Pulitzer Prize-winning seminal work...to casting himself as the candidate of so-called parents rights, vowing to ban critical race theory which, again, is not taught — if elected — again, it’s not taught in any Virginia public schools.”

“[T]he only reason that we're talking about critical race theory is because Glenn Youngkin had 18 months to convince people that he was not a fire-breathing horns out of his skull racist. This only — you can only talk about critical race theory if you present yourself as the kind of neutral white guy who’s like, “I don't dislike brown people, I just think this is going a little too far.” So it only works if you've been able to present yourself as neutral or non-hostile on race issues. That's not something that a lot of Republicans are very good at[.]”

Youngkin Won, But He Didn’t ‘Have the Facts’ on His Side About CRT

“You may have the same view I have of — of critical race theory which is it was a phony issue. It certainly is in Virginia, where it isn't taught. But people believe what they want to believe. You know, we're still in the Trump-era, right? You don't have to have the facts backing you up. If people want to believe what you say, they will believe it.”

“Christopher Rufo...admitted at the Clairmont Institute that he had no idea what critical race theory is and doesn't care what it is. But...what he wants is that when white voters see any story that makes them uncomfortable, anything that is about wokism or, you know, multi-culturalism that makes them made, he wants them to think critical race theory and then vote Republicans. It’s a strategy that they were not hiding. It's been very open...This is the new Lee Atwater strategy and it's going to be used over and over and over again.”

Too Many Obama Voters ‘Don’t Want to Deal With’ Racism, Want to Lionize Jefferson

“I talked to a Washington strategist who said that the real turning point for the Youngkin side, when the “mo” really flipped and never came back, was when Terry McAuliffe made that comment at the debate about parents not having sort of — I’m not going to — I don't want to misquote him. But the role that parents should play in education and curriculum that Youngkin jumped on that. Some might say he distorted it and exploited it.”

Dems Lost to Youngkin’s ‘Fake Campaign’ of Racism, So They Lost

“And the problem is the only part of the Democratic Party right now that is visibly fighting for people, the base of the party that votes for them — because yes, independents are important. But you need your base and the progressives in the House are the only ones who are showing fight...If you're not seen to be fighting the other way you respond to a fake campaign that is racially based is that you need to be seen fighting for those same voters and Democrats, I never saw them fight for them[.]”

“[Republicans] may nominate a bunch of people who aren't Glenn Youngkin...[S]omeone who came across as less of a moderate voice might not have been able to pull off the critical race theory thing because they might just come across like a flat out racist. I think Youngkin came across as somebody wrongly in my view but was able to convince voters, including a lot of those white women voters, you know, that he's not a racist and he thinks race should be taught but it just shouldn't be this critical race theory, which of course doesn't exist[.]”

Why Aren’t Democrats Fighting Like We Want Them to?

Wallace: “The other piece was this frustration about the lack of fire. Why not fight for voting rights?...Critical race theory isn't taught. It means something different to voters. They think it is. So Republicans are fixing it. Youngkin's going to ban it. And some of it is just a question for Democrats now. Do you adjust to a terrain that is not fair, that is not just, that is not fact-based but that it — this — tonight looks like it advantages Republicans?”

Maddow: “Well, the way that you — the way that you confront and defeat an opponent that has framed things in a way that is fake is that yes, you can create your own competing fake framework and run on that or you can accomplish real things and then run on that and say yes, these guys have invented a bogeyman about a form of — of — of racial hierarchy that you've fantasized into existence that isn't actually taught in schools. But look, you have a child tax credit and you have the biggest climate change legislation that's ever been passed in this country and we have an infrastructure bill and all of the terrible traffic problems in Virginia are going to get fixed because Republicans are talking about fantasy stuff and Democrats are talking about real world stuff.”

Wallace: “Who has done that successfully ever, other than in an Aaron Sorkin movie?”

The same voters who voted 2xs for Obama. Elected the 1st Black Female LT Gov and 1st Latina AG in VA history, are now “racist” for not voting for an old White male Clinton thu

The Compost gave McAwful 4 Pinocchios. Not that it would matter to any of these losers.

Great stuff, I hope that they can keep up the hatred and vitriol until 2024.

Love to see a video montage. If you get it please ping me.

Unwatchable. These slime disgust me

That is fantastic video and I hope they keep right on saying these things. Couldn’t ask for anything better than this race-baiting BS from liberals.

I hope they stick with this right through next year.

“You white people are horrible! Vote for us!”

There are videos on the link

I love watching liberals fill their Pampers! Almost as much fun as the day that Madonna found out she couldn’t be a virgin no more! 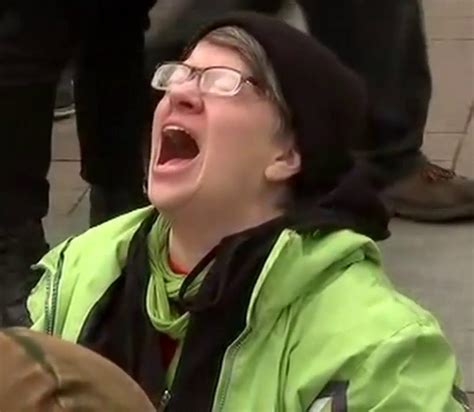 Did Carville put the wastebasket over his head?

They think everything is about race, even though they elected a black woman.

Let them hate, so long as they fear.

The keep saying CRT is not real and is not taught. How brazen can they be?