Assault on democracy is not over Opinion — 23s ago Study identifies first potential treatment for meth addiction Healthcare — 25s ago Ex-Olympic swimmer Klete Keller charged over presence at Capitol riots News — 3m 10s ago Trump reportedly gives National Medal of the Arts to Toby Keith, Ricky Skaggs In The Know — 9m 17s ago

Senate Majority Leader Mitch McConnell (R-Ky.) sent a note to Republican colleagues Wednesday afternoon informing them that he remains undecided on whether to convict President Trump on an article of impeachment expected to be passed by the House.

“While the press has been full of speculation, I have not made a final decision on how I will vote and I intend to listen to the legal arguments when they are presented to the Senate,” McConnell wrote in a note to colleagues, an excerpt of which was made public by his office.

McConnell made his statement after The New York Time reported Tuesday that the GOP leader has told associates he believes Trump has committed impeachable offenses.

The Times also reported that McConnell has told associates that he is pleased Democrats are moving to impeach Trump because it will make it easier for the Republican Party to break with the president once he leaves office.

Republican sources say McConnell will not again serve as one of Trump’s principal defenders as he did a year ago when he led staunch defense against two articles of impeachment passed by the House in December 2019.

Can't get on his email page. Probably being overrun. He is from a farming district in Yakima, WA.

This won't go over well for him. And, it served the mush-mouth right.

How does this position square with the Senate not being open for real business until the 20th?

And I just penned an apology of sorts...

Any title for you with the word “Leader” in it, is a false
narrative. 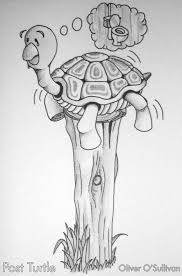 No actual turtles were injured in making this cartoon.

Here are the Republicans who voted to impeach Mr. Trump:

Cheney, the third-ranking Republican in the House, said in a statement on Tuesday that she would vote to impeach Mr. Trump

Are these fools that disconnected from reality and the American people?

They will hold the trial after he leaves office to determine if he is eligible to run for President in 2024.

Oh but of course the Post Turtle wants revenge. His CCP ties got exposed as well as the election fraud scam they’ve had going to keep these people in these positions for decades. Americans don’t vote these swamp maggots in office, they’ve been cheating their way in.

THANK YOU POTUS for showing it to the world.

They don’t care. They think Trump will be old news and buried in legal troubles the next few years to retaliate and that the American people have short memories.

If he would vote to convict Trump he must demand the impeachment of Biden and Harris.

The republican party is dissolving into a rancid, immoral mush. They are little better than the democrats. Time for a new party. Or a new country.

Got two words for ya, Mitch; Turtle Soup.

There may have been election fraud on Ky. in 2020 on behalf of Ditch.

He runs as a different party

McConnell being the slimy politician and playing both sides. He’s going to make like he’s down with impeaching Trump but he’s not going to allow it to floor for a vote either. He figures the problem will take care of itself in a week and he will minimize the wrath of the Trump fans.

‘
The Turtle said he does not view this Impeachment as Partisan.

IOW, it’s supported by both sides.

I don’t think the Constitution allows that. The qualifications for President are stated clearly, and don’t include “impeached while a private citizen to prevent reelection,” which is what this would be.

But, deductive reasoning from original legal text doesn’t seem to be reliable any longer.