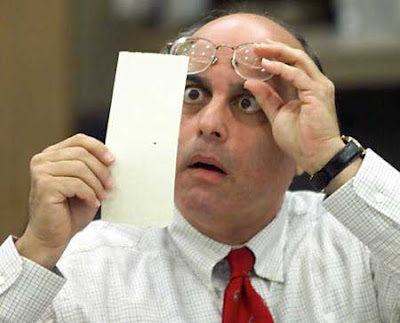 "Edward G. Robinson (as gangster Johnny Rocco) taunts John Rodney (as Deputy Clyde Sawyer) in front of a roomful of people by proclaiming that he is the real power behind the local government:

"You hick! I'll be back pulling strings to get guys elected mayor and governor before you ever get a 10-buck raise. Yeah, how many of those guys in office owe everything to me. I made them. Yeah, I made 'em, just like a -- like a tailor makes a suit of clothes. I take a nobody, see? Teach him what to say. Get his name in the papers and pay for his campaign expenses. Dish out a lotta groceries and coal. Get my boys to bring the voters out. And then count the votes over and over again till they added up right and he was elected. Yeah -- then what happens? Did he remember when the going got tough, when the heat was on? No, he didn't wanna. All he wanted was to save his own dirty neck . . . Yeah, 'Public Enemy,' he calls me. Me, who gave him his 'Public' all wrapped up with a fancy bow on it." ;-Edward G. Robinson to Humphrey Bogart in

"When everything seems to be going against you, remember that the airplane takes off against the wind, not with it."

Delta Battalion is unique because it is the only U. S. Army combat battalion solely supporting the Vietnamese Army in its assigned sector. It has been inspired by the magnificent defense of their own country by Vietnamese people. >As a result, Delta Battalion has continued to set new records in the quality and quantity of air mobility it provides to ARVN forces.

The South Vietnamese are fighting a war to rid their country of the Communist threat which takes two forms; the local Viet Cong insurgents and the North Vietnam elements which aid and encourage the Viet Cong. United States forces have been present in Vietnam at the request of the South Vietnamese Government since 1954. The United States is joined in this effort by many free world nations which provide either combat units or humanitarian and reconstruction assistance. Delta Battalion is part of this enormous effort.

Delta Battalion is made up of four UH-1 helicopter companies, two O-1 Surveillance companies, one OV-1 company, three Airfield Operations Detachments and a Battalion HHD. In addition there is a security platoon and signal, transportation, quartermaster, medical, infantry and artillery radar detachment. Strength is nearly 2,250 officers and men and about 202 aircraft.

The Corps. The IV ARVN Corps is composed of 40,000 men organized into three infantry divisions and support troops. The corps also has territorial responsibilities for the 15 sectors (provinces) which make up the corps tactical zone. These areas are garrisoned by regional and popular force troops under the command of the sector chief. The third major force in the area is the national police. Together these forces constitute a potent capability to combat the Viet Cong at the various levels of counterinsurgency.

The Area. Delta Battalion, of course, has a numerical designation: the 13th Aviation Battalion. But it is more widely known by its nickname which stems from the fact that it lives and works in the Mekong Delta area in the southern part of Vietnam. The delta is a broad expanse (165 x 160 miles at its greatest dimensions) of paddy land and mangrove swamps.

The delta still is being formed from silt carried down the Mekong from China, Cambodia, Laos, Thailand and Vietnam itself. The area is immensely wealthy in food. It grows about two-thirds of all food in South Vietnam and actually produces three-quarters of all the rice cultivated. The Importance of the Delta. The people are where the food is. Of the 15 million inhabitants of Vietnam, 40% reside in the delta.

Both sides recruit from this manpower pool and feed their forces from the delta. For these reasons, the course of the war is highly significant to the rest of Vietnam. The Deployment. Delta Battalion is located in Can Tho on the Bassac River with the IV ARVN Corps headquarters.

In addition to operating the Can Tho Airfield, Delta Battalion is deployed at Vinh Long on the Mekong River and Soc Trang on the Ba Xuyen plains. The aviation companies assigned, or under the operational control of Delta Battalion, are located at these three locations. At least one aircraft and some logistic elements are located in each of the 15 province capitals which make up the IV Corps Tactical Zone. The Job.

The many members of the Delta Battalion undertake their tasks with a fierce dedication, not only to prove that airmobility offers significant new military capabilities, but to demonstrate how smooth, effective and flexible an aviation battalion can be in combat. They look upon each task in a positive manner. The question is not how can a job be avoided but how can it be done and be done better. There is a spirit of innovation and experiment. Combat changes and tactics and techniques must be revised accordingly.

The book still is unfinished, and until the war is over, Delta Battalion will be active in writing it. The Risk. While no one can be certain of what the future will bring, the probabilities are heavily on the side of the individual. Statistics prove that by far the greater number of members of Delta Battalion will return to the United States hale and hearty and with a sense of having participated in a truly important undertaking. The Challenge. The challenge is not only on the battle field.

Combat in Vietnam is different than in previous wars. There is no front line. Here we are competing for people's minds. The Viet Cong are competing also. Because we are guests of the South Vietnamese Government, our posture before the Vietnamese must be immaculate. If there are fights, accidents, trouble over women or other serious incidents, our image is marred.

The struggle and blood expended on the battlefield is then squandered off duty. Therefore, our conduct and comportment at all times must be a credit to the United States which we represent before the world. In this manner, respect and appreciation will flow to us from the Vietnamese. The Safe Way. The Army provides Delta Battalion with the finest equipment possible to buy. Not only is equipment expensive, but it has been transported 10,000 miles to a point facing an armed enemy.

It is the responsibility of everyone in Delta Battalion to maintain and operate that equipment in a safe, intelligent manner. This includes operating aircraft, motor vehicles, radios, weapons and all of the other gear entrusted to us. There are three cardinal points to safety: (1) Equipment must be operated in the manner we were instructed to use it. (2) We must think ahead of our equipment and not get behind it, this applies particularly to aircraft and motor vehicles. (3) In the face of the enemy we must be cool and calculating. We must remove the excitment from each situation so that we may be more effective. Aviators must keep aircraft safety in mind at all times. All individuals must respect their weapons and handle them accordingly. The Secure Way. Because the enemy is all around us rather than being on the other side of the front lines, each member of Delta Battalion must be alert constantly to protect military security. Not only documents, but our own conversations must be guarded. Thus, the enemy cannot benefit from carelessness, and we do not expose our fellow soldiers to the enemy.

The Record. Delta Battalion has conducted as many as 34 airmobile operations in a single month. One of its companies has flown a record 2,702 hours in a single month, a record unexcelled by any other company in the world. Average flight time per aviator exceeds 80 hours per month. At the present time Delta Battalion has the highest aircraft availability rate and also the highest flight time per aircraft within the 1st Aviation Brigade.

Dempsey Compound: The Battalion Headquarters and troop area, adjacent to Can Tho Airfield, was named Dempsey Compound on 1 July 1967. The compound is named in memory of Colonel Jack Taylor Dempsey, Battalion Commander from 1 August 1966 to 26 March 1967. Colonel Dempsey made a heroic attempt to rescue the crews of two helicopters which had been shot down in a landing zone early Easter Sunday morning. His helicopter was less than five feet from touchdown in the landing zone when heavy Viet Cong fire took his life. His last words, ;

I am going in after my men," have since become a part of the Battalion heritage and serve as an inspiration to all battalion personnel. Colonel Dempsey was posthumously awarded the Distinguished Service Cross for his gallant actions on that day. The Invitation.

The Delta Battalion was forged by a highly integrated and dedicated team. However, the team changes as new members arrive to add their effort and abilities to the cause. The entire Battalion extends its welcome to you. We invite you to join the team. The team already has earned its motto. Delta = Excellence + Professionalism. We look forward to moving ahead with you to new honors and records. 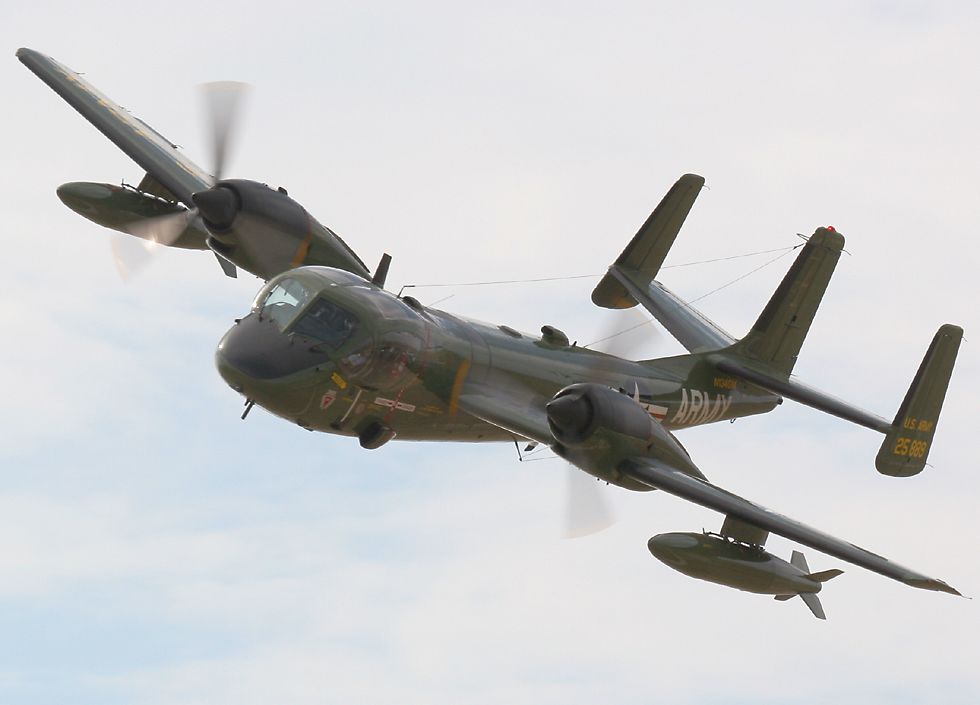 Calling an illegal alien an undocumented immigrant is like calling a drug dealer an unlicensed pharmacist.

Those who would give up essential liberty to purchase a little temporary safety deserve neither liberty nor safety.