Tom Hanks’s ‘News Of The World’ Takes A Minimalist Approach To The Western
The Federalist ^ | December 28, 2020 | Josh Shepherd Beautifully shot yet muted as a drama, ‘News of the World’ brings the post-Civil War Southwest to life in the unlikely journey of a lost girl and a jaded veteran who helps her find home.

Ten years ago, auteur filmmaker brothers Joel and Ethan Coen brought a surprisingly sincere revisionist Western to the big screen over Christmas weekend. Out last weekend in theaters, “News of the World” offers a similar throwback film without quite the edge or mass appeal.

Director Paul Greengrass has long been distinguished for his biopic dramas, including fast-paced 9/11 thriller “Flight 93” and modern-day high-seas rescue story “Captain Phillips,” which featured Tom Hanks as the eponymous freighter captain who must retake his vessel from pirates. The top actor has become known for dozens of real-life roles, most recently in this summer’s World War II drama “Greyhound.”

Now Greengrass and Hanks reunite for “News of the World,” based on a recent best-selling novel that unfolds in post-Civil War Texas. As a newsman who travels from town to town, Hanks’s character happens upon an orphaned girl whose plight redirects him to another destination.

Fans of American Westerns will doubtless enjoy this big-budget film, a slow-moving story with visual energy thanks to top-tier behind-the-scenes talent. Shot chiefly in Sante Fe, New Mexico, cinematographer Dariusz Wolski (“Pirates of the Caribbean” series) makes sparse landscapes pop, in scenes spurred on by an understated score from composer James Newton Howard (known for “Defiance” and “The Hunger Games”).

Thematically, “News of the World” clearly wants to speak to current issues of literacy education, “fake news,” and even racial prejudice. However, the film’s sparse dialogue and lack of conflict leave its core ideas largely underdeveloped.

There Is No Time for Stories’

In the film, Hanks portrays Captain Jefferson Kyle Kidd, a former Confederate officer and frontier journalist who stages public readings of headlines for working-class families. His discovery of an overturned covered wagon leads him to Johanna, a ten-year-old girl (Helena Zengel) who years earlier had been abducted by an American Indian tribe. In a move everyone saw coming, Tom “America’s Dad” Hanks quickly assumes a paternal role with the orphan.

Through travel documents and clues, Kidd learns of her living family members and makes this reunion his central mission. It’s a premise used to great effect in “The Mandalorian,” Disney’s hit Star Wars streaming series. While this film lacks any hyperspace travel or aliens, it play on similar themes of connection and fatherhood. Struggling to communicate with a girl who speaks no English, the war-weary veteran lights up even at small victories like learning her name.

This minimalist story approach contrasts with the whip-smart scripting of “True Grit,” where young lead Hailee Steinfeld exchanged rapid-fire barbs throughout with her adult co-stars. “News of the World” leaves charismatic Hanks to capably bear much of the plot development, as mostly silent Zengel tags along with him to grimy Old West towns.

People they encounter are carving out a hardscrabble existence following the massive death toll of the Civil War, which historians estimate at more than 600,000 men. Equal parts newsman, showman, and storyteller, Kidd uses his public news readings to educate and entertain.

By the film’s third act, viewers can tell the filmmakers cast these scenes as a metaphor for their craft. In the film’s closing minutes, an antagonist dismisses Kidd’s suggestion that his young charge be given an opportunity to read. “There is no time for stories,” the man spits back.

Such meta-themes—along with the film’s attention to issues of racial prejudice, xenophobia, and human trafficking—are reminders it springs from a novel written only four years ago. Similar to revisionist Westerns like “Dances with Wolves,” this drama strives to view the American frontier from multiple perspectives to take in a more complete story.

In an early subplot where vigilante traffickers eye Johanna as potential prey, the film’s depiction of the issue feels almost contemporary, ripped from current Pornhub-related headlines. Another central sequence finds Kidd entering a backwater settlement hostile to any outsiders, with an unelected town leader stirring up prejudice against ethnic minorities as the scapegoat for his misdeeds.

Bringing in another perspective, “News of the World” does not sugarcoat the girl’s loss of family members to a Native American raiding party. Nor does it romanticize the difficulties of frontier life, with flash floods, wagon travel, and shoot-outs depicted as perilous endeavors.

Produced by indisputably talented filmmakers and carried by a circumspect Hanks performance, “News of the World” has some charms as a window into the often-overlooked post-Civil War era. Still, if given the opportunity to see this one or rewatch 2010’s hardy “True Grit,” it wouldn’t take a duel with pistols at high noon to determine the winner.

Rated PG-13 for violence, disturbing images, thematic material, and some language, “News of the World”

I hated the 2010 version of True Grit. Nothing can compare to the John Wayne version.

2 posted on 12/28/2020 7:43:06 AM PST by BuffaloJack (Neither safety nor security exists in nature. Everything is dangerous and has risk.)
[ Post Reply | Private Reply | To 1 | View Replies]
To: Kaslin
film’s attention to issues of racial prejudice, xenophobia, and human trafficking

In other words -- the movie is total crapola.

Really? I thought the 2010 version was a vast improvement, and very true to the book as well. 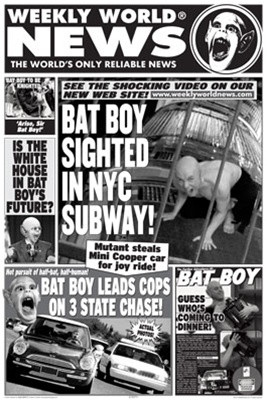 Tom Hanks and his obsession with young girls is beginning to creep me out...

Hanks do this before or after he ran away to Greece?

I think casting Glen Campbell, who had never acted a day in his life, in such a major role, really brought down the original. He was awful.

I’m not a real expert on US 19th century history, but I think if you’re looking for examples of prejudice in that time frame, you could look at the Jim Crow south, controlled by Democrats, or else the industrial Northeast and it’s uncomfortable dealing with immigrants, Catholics and Jews.

The West, as I understand it, was a place for immigrants, blacks, and army veterans (North and South) could go and live as they wished. A hard life, but one in which people mostly looked out for each other.

Now, the relationship with Native Americans is a whole other story. But, in general, I mistrust any movie which shows the West as a great example of how prejudiced this country has always been. Just PC garbage.

Yes 2020 political correctness in 1870 destroyed this movie! And news flash to the producer /director and cinematographer, there are NO MOUNTAINS between Wichita Falls and Dallas!! And the Hill Country is not that close to Dallas!! More like Fake News of the World !!

Piss on Tom Hanks. Don’t give the enemy money.

13 posted on 12/28/2020 7:58:48 AM PST by TheTimeOfMan (The Eloi unexpectedly protected the Morlocks from rogue Eloi as they themselves prepared to be eaten)
[ Post Reply | Private Reply | To 10 | View Replies]
To: BuffaloJack

I liked the dialogue in the new version. As far as comparing it to the great John Wayne version its almost like two separate and distinctly different movies IMO.

I usually enjoy most everything the Cohen brothers have done, I find their dark humor hilarious. However I’m beginning to have an aversion to hanks.

Its hollyweird bro....of course its gonna contain liberal messages. Won’t be seeing it either. Lol

19 posted on 12/28/2020 8:01:43 AM PST by Red Badger ( “The goal of socialism is communism.”... Vladimir Lenin)
[ Post Reply | Private Reply | To 1 | View Replies]
To: DrHFrog
And news flash to the producer /director and cinematographer, there are NO MOUNTAINS between Wichita Falls and Dallas!!

Who cares? It's a movie western. Monument Valley, Utah is not in Texas either; but in John Ford's westerns it sure is.