The study, which was published today in The Planetary Science Journal and presented at the virtual meeting of the American Astronomical Society's Division for Planetary Sciences, paints a clearer view of the asteroid than was previously available.

At about 140 miles in diameter, Psyche is one of the most massive objects in the main asteroid belt orbiting between Mars and Jupiter. Previous observations indicate that Psyche is a dense, largely metallic object thought to be the leftover core of a planet that failed in formation.

Becker observed the asteroid at two specific points in its rotation to view both sides of Psyche completely and delineate as much as possible from observing the surface at ul-traviolet (UV) wavelengths.

"We were able to identify for the first time on any asteroid what we think are iron oxide ultraviolet absorption bands,"

Becker's study comes as NASA is preparing to launch the spacecraft Psyche, which will travel to the asteroid as part of an effort to understand the origin of planetary cores. The mission is set to launch in 2022. Metal asteroids are relatively rare in the solar system, and scientists believe Psyche could offer a unique opportunity to see inside a planet.

"What makes Psyche and the other asteroids so interesting is that they're considered to be the building blocks of the solar system," Becker said. "To understand what really makes up a planet and to potentially see the inside of a planet is fascinating. Once we get to Psyche, we're really going to understand if that's the case, even if it doesn't turn out as we expect. Any time there's a surprise, it's always exciting."

Multiple views of 16 Psyche imaged by the Very Large Telescope

Made up of dilithium crystals?

Made up of dilithium crystals?

Or a giant diamond.

But yes, a crystal, none the less.

Wow something really interesting that’s not 86 million light years away.

Won’t it be confusing to send a spacecraft named Psyche to explore Psyche?

Name the probe Jung or Freud.

At about 140 miles in diameter, Psyche is one of the most massive objects in the main asteroid belt orbiting between Mars and Jupiter. Previous observations indicate that Psyche is a dense, largely metallic object thought to be the leftover core of a planet that failed in formation.

Giant Golden Asteroid Could Make Everyone On Earth a Billionaire

Out there in space, right now above our heads, is a wealth of knowledge. And in this case, we mean that literally. Believe it or not, in our very solar system, there is an asteroid that is thought to be the remnants of a planet core. And that means that all those pricey metals that we have to dig for here on Earth, are exposed, and ripe for the taking. Estimates put this giant space faring gold mine at 10,000 quadrillion dollars [$10 quintillion, duh], and who knows, if we can get up there to explore it up close, we may find that it is worth even more.

What would this do to our economy? Just how rich would this make everyone on earth if it was split evenly? Are there any missions planned to get up there? Oh, we got your answers right here.

In today's video we are getting scientific, while making sure to not skimp out on the riches, so we can give you the scoop on this nearby, giant, golden asteroid. If it piques your interest, you're not alone. None other than Elon Musk has made comments about his thoughts on mining this bad boy, and considering SpaceX will be the company that supports NASA in this quest, you better believe it's something we should all take seriously. It would bring all new meaning to the phrase, the rich only get richer.

So sit back, relax, and get ready to countdown from ten, as we fire all the thrusters and blast off into the final frontier to give you the scoop on the absurd amount of gold floating around in our solar system.

Elon Musk Is Mining A Golden Asteroid Worth $700 Quintillion 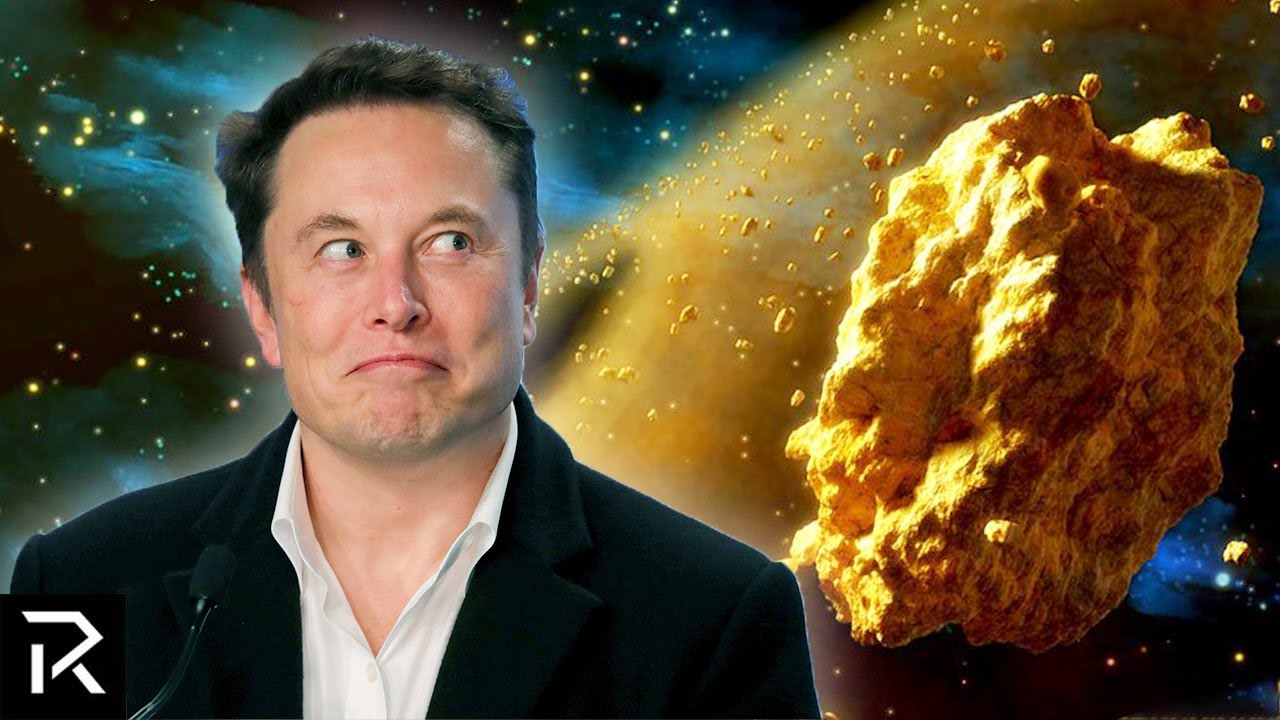 Interesting. Thanks to all posters. If it were 9.5 mm away Hunter could penetrate it.

I think that would be the asteroid Psycho rather than Psyche. Hunter has been there and then some ...

Just give every inhabitant of the planet Earth one hundred standard gold bars - like the ones stored in Fort Knox.

Would that benefit anyone? Would anyone be actually "richer" as a consequence of that?

That's the upshot of the vid uploader as well; the comments are from the shortdescription in the page's HTML.

Its metallic, which should be a clue, and its not an asteroid, if that helps.

Sorry, but I’m part of the conspiracy.

Humble apologies ... but last I heard it was an open secret, so to speak - only consensus thinkers believe its a conspiracy. That’s OK though, the boys at NASA will cover it up again. But one day they will bite off more then they can cover up.

Oumuamua and its companion should have been a warning that the Universe is not what it seems and everything isn’t a progression from A to B.

But most of all, forgetting human roots in the wild which is not forgiving, that advertising the existence of prey is a very bead idea.

Need to build a Mucinex Missile to take it out.