The Marines said they had called off the search that started late Thursday afternoon when the amphibious assault vehicle sank with 15 Marines and one Navy sailor aboard. Eight Marines were rescued, but one later died and two are in critical condition.

The 26-ton, tank-like craft took on water and quickly sank in hundreds of feet of water - too deep for divers - making it difficult to reach. 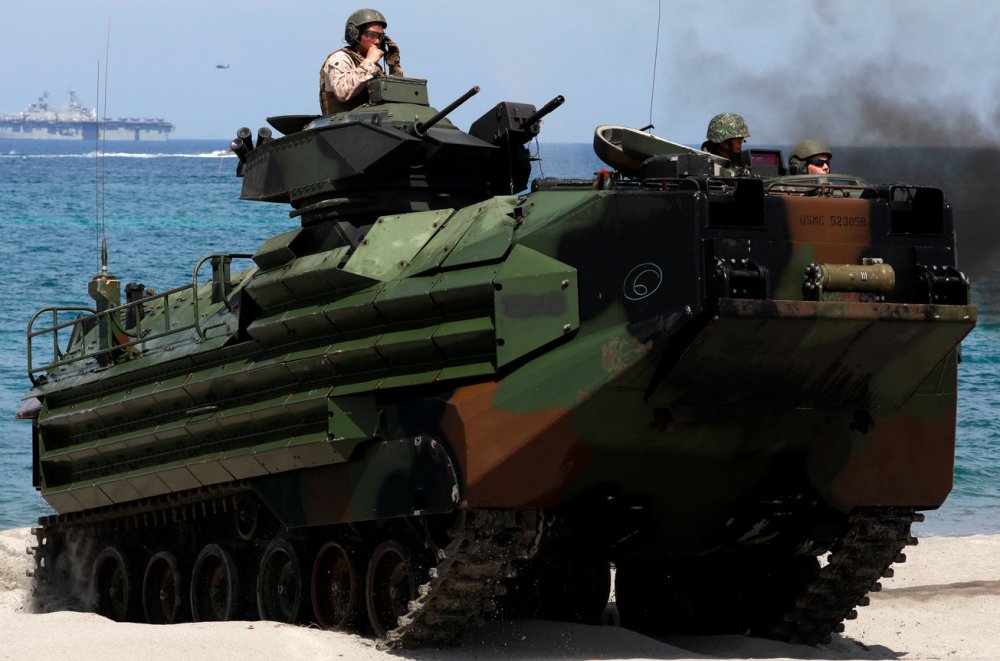 That is terrible news.

someone probably did not close the drain cock.....

The usual suspects are also very surpised to learn just how thin the armor is on those things because, you know, they have to float.

So, when one of them would get blown up while being pressed into APC (armor personnel carrier) service because USMC doesn’t have a lot of actual APCs and, like all military outfits has to make do with what it actually has rather than what the numpties decide it should have at the moment they think they perceive a need, the hew and cry was “why wasn’t that uparmored! It’s a tank thing! Why isn’t it heavier armored!”

MPAI (Most People Are Idiots).

Life comes at us fast.

To think of those people scrambling to get through the hatches in a sinking craft.

The photos I’ve seen, the Amphibious Assault Vessel is well off-shore when it releases the tracked anphibious vehicles directly from well of the ship.

I’ve swum (small!) rivers in the old M113. Even after properly preparing for a crossing, I always prayed it didn’t sink, overturn, or get stuck trying to climb up over the opposite bank. And when it made it, it gave me a fresh appreciation for the APC as it doesn’t look like the sort of thing that can do it at all.

Aside from what we can see from the outside, there are a dozen or so marines sealed INSIDE?
What’s the normal egress?

A great tragedy for several families, for the Marines, and for the USA. Very sad.

Seems to me that the vehicle should be big enough to find, but small enough to retrieve.

Hard to believe the men are going to be left there in it at the bottom of the sea.

What were these heavy amphibs doing sailing over hundreds of feet of water.

Preparing for the Lammas Day sacrifice.

IIRC, there's a single hatch built inside the big hatch that's about the size of a doorway; this allows people in and out of the troop compartment individually.

I don't know what it would take to drop the big hatch on a sinking craft (besides incredible calmness and presence of mind), but it's a safe bet that if half the people on board are dead, it was never opened.

They won't be. Heaven and Earth will be moved to retrieve the bodies. They are only halting rescue operations.

And in 100's of feet of water, yeah, some divers (presumably the SAR kind) cannot go that deep. Other divers (and certainly immersible craft) can.