Because we live in the aftermath of what has been called the “scientific revolution,” we modern people consider ourselves quite superior to the ancients in regard to the study of the natural world. We are polished practitioners of what C.S. Lewis called “chronological snobbery.” We think ancient people were ignorant of the natural world and that we, with all our advanced scientitic knowledge, have little to learn from them.

But one of the problems with having your nose so high in the air is that you can miss the thing right in front of you.

Science, as we use the term today, is the study of matter. But the abstract investigation of the natural world began with philosophy, for the ancients had to get first principles settled first before science could really get off the ground. The Greeks were always looking for first principles. What is the unity behind the diversity of life? What is the fundamental reality—change or permanence, the material or immaterial, the one or the many?

Thales, an ancient thinker who we could consider the first scientist, thought that everything was made of water. Pythagoras thought number is what unified all things. Heraclitus said that all is flux. Parmenides believed the senses are wrong, that change is an illusion. What is the true source of knowledge—the senses or the intellect? Empedocles said that matter was composed of earth, fire, air, and water; and Democritus that matter was composed of small indivisible particles called “atoms.”

Later philosophers, like Plato and Aristotle, began to clean things up and to establish “first principles” by which we could better think about these issues. While it is true that science has advanced far beyond the initial beginnings of the ancient Greeks, these thinkers laid the foundation for that progress.

“The first principles proper to a science cannot be demonstrated within that science. If they could, they would not be genuine first principles. They can, however, be defended by dialectic.” In other words, science does not justify itself. There are assumptions it employs but that it cannot prove. Science rests on something more fundamental than science.

Remember how geometry works. You start with axioms (postulates) which you cannot prove. Axios in Greek means “worthy.” Axioms are worthy of belief because all reasonable people accept them and they can be defended by dialectic. Dialectic was the question and answer method used by Plato to test one claim against another to see how worthy it really was. These axioms cannot be justified by geometry; they are prior to it. They can only be “proven” by some process of dialectic outside of geometry itself. Once your first principles—your axioms—are established, you can build your whole edifice of geometry which, because it accurately describes the natural world, confirms that your original axioms were true.

It was Euclid, an ancient Greek, who developed this method, and his geometry is still the model for mathematical and scientific reasoning. And just like the axioms of geometry, the assumptions of science must be proven outside of science itself. They are first principles which science itself cannot establish. They must be established by philosophy—or theology.

Over the last several hundred years, modern thinkers have abandoned many of the first principles of classical thought.

Aristotle’s famous “four causes” are the four questions that can be asked about anything.

Modern science has thrown out two of Aristotle’s four causes—the formal and the final cause, with earth shattering results. Many of our debates today­—about political philosophy, ethics, and the nature of reality itself are determined by whether or not you think things have real essences (formal cause) and whether they have intrinsic purposes (final cause). They were never disproven; they simply went out of intellectual fashion.

Is there such as thing as “human nature”? Should we treat animals the same way we treat humans? Are men and women really different? All of these questions depend on one’s belief in formal and final causation.

The most obvious result of this difference between the classical and modern view is the whole false battle between science and religion. We could cut right through if we demanded that modern science establish its first principles through dialectic. And we could do that if we knew how, which we could learn from Plato and Aristotle. We can and must go back to the Greek first principles of science if our civilization and even science itself is to survive. 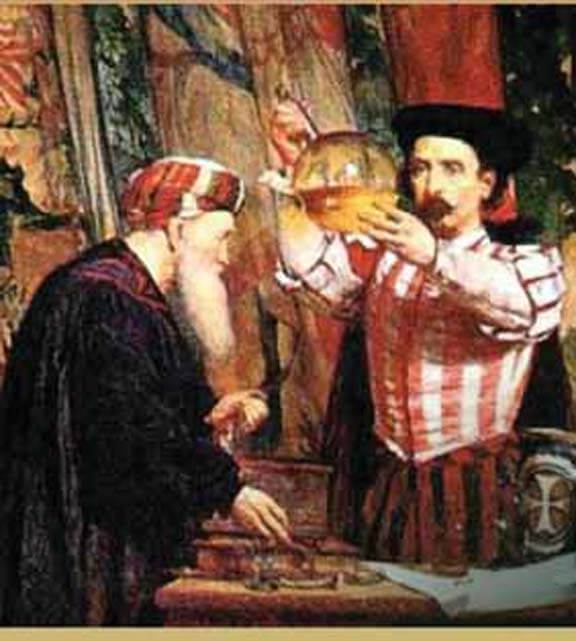 Because they’re super cool. I have a large collection of Greek and Roman literature (in English translation ;-). Most cost me two or three dollars at the used book store, but I paid retail for the Fagles translations of the Iliad, Odyssey, and Aeneid.

The underlying first principle of science is the the Universe is understandable.

In practice, that it can be understood by a human-range IQ.

It remains to be seen if this is the case.

IMHO, this is going to be what we conclude - whenever.

“Kim” is one of my favorite novels, because it’s so detailed and immersive. I just found my copy again, so I expect I’ll read it again soon.

9 posted on 05/08/2020 3:46:43 PM PDT by Telepathic Intruder
[ Post Reply | Private Reply | To 1 | View Replies]
To: SauronOfMordor
The underlying first principle of science is the Universe is understandable.

In other words, this thing called "Universe" is less inclusive than the totality of all things since it only concerns what knowable by a human-range IQ (whatever that is). So the term Universe is a bit of misnomer.

Learned this from the pagan Socrates.

Kim has a little Huck Finn in him, no?
And the train ride from Lahore - the mish-mash of car occupants reminded me of the road to Canterbury. Or is that too much of a reach?

Absolutely, this should help Christians everywhere to lose their faith. Bible scholars have removed faith in the absolute authority of the word of God. Of course Pagan philosophers are the ticket!

“As ye have therefore received Christ Jesus the Lord, so walk ye in him: Rooted and built up in him, and stablished in the faith, as ye have been taught, abounding therein with thanksgiving. Beware lest any man spoil you through philosophy and vain deceit, after the tradition of men, after the rudiments of the world, and not after Christ. For in him dwelleth all the fulness of the Godhead bodily” (Colossians 2:6-9).

What would God do with fools?

12 posted on 05/08/2020 5:01:18 PM PDT by Pilgrim's Progress (http://www.baptistbiblebelievers.com/BYTOPICS/tabid/335/Default.aspx D)
[ Post Reply | Private Reply | To 1 | View Replies]
To: Pilgrim's Progress
Yes well you can take your issue up with the Christian homeschooling movement and conservative universities like Hillsdale which are reviving Classical education, the study of Latin and Greek etc...

Also our founding fathers. I mean why emulate Roman republican models of governance and Greek democratic principles. All pre-Christian concepts are that! Might as well demolish the White House too seeing as how it’s pagan architecture. 🙄

Yes, I agree, although I hadn’t thought of it myself.

Truth is limited neither to Scripture nor to the Sacred Tradition; the Bible, though it tells us all we need to know to find salvation in and through Jesus Christ, does not attempt or purport to be an encyclopedia of all knowledge and wisdom. Yes, the Bible (the Word of God) is the only perfect written revelation of the truths of Christ (the Word of God), and it is sufficient for “teaching, rebuking, correcting and training” (2 Tim. 3:16 NIV), but I would nevertheless contend that our understanding of the written and incarnate Word of God can be enriched and enhanced by wrestling with the pagan classics. God speaks to us in many ways and through many mediums, and, though Scripture should act as the touchstone against which all such communications are to be measured, we must not allow any “puritan” suspicions of the moral value and doctrinal status of humanistic pursuits to prevent us from accessing these messages from our Creator.

Your handle, BTW, refers to a book other than the Bible . . .

My handle refers to a Christian classic, not a pagan classic. It is devotional, not doctrinal.

Apart from the Bible, Jesus Christ was just a man. It is the Bible that reveals that He is the Saviour of the world. Christ said that it was not He that was going to judge the world . . .

“And if any man hear my words, and believe not, I judge him not: for I came not to judge the world, but to save the world. He that rejecteth me, and receiveth not my words, hath one that judgeth him: the word that I have spoken, the same shall judge him in the last day” (John 12:47-48).

No, I’m not going to engage you. This is the truth and I do not bend from it. By the way, the Scriptures are even more important than Jesus Christ.

“I will worship toward thy holy temple, and praise thy name for thy lovingkindness and for thy truth: for thou hast magnified thy word above all thy name” (Psalms 138:2).

You will not find such truth in any of the corrupted Bible.