PORTLAND, Ore. — The ACLU of Oregon has filed a lawsuit on behalf of a protester who said she was "permanently disfigured" because of flashbang munitions fired into a group. The organization announced the lawsuit at a news conference Monday morning in their downtown Portland office.

The incident alleged in the complaint filed Monday, Aug. 5, in the Multnomah County Circuit Court occurred during a clash of counter-protests at Tom McCall Waterfront Park in downtown Portland on Aug. 4, 2018.

The civil complaint filed on behalf of Fawcett, 53, alleges she, "neither engaged with PPB Officers nor provoked this attack. Rather, she was exercising her right, protected under the United States and Oregon Constitutions, to stand against bigotry and intolerance."(snip)

In the days following the protest, KATU News spoke with Fawcett as she said she was recovering from third-degree burns and would likely have permanent scars from a device she said was used by Portland Police to control counter-demonstrators. She said she was standing with counter-protesters on SW Columbia Boulevard a half-block away from SW Naito Parkway when police started using flashbangs and pepper spray to disperse the crowd.(snip)

When asked why the lawsuit was being filed more than a year after the alleged incident involving Fawcett, her attorney said the process took time.(snip)

“It was a really, really tough decision to be public. Not just because I’m a very private person but because of the climate that we live in. It felt extra scary because it didn’t feel like the city was on my side or the police were on my side," Fawcett said when asked Monday why she chose to come forward and file the civil suit. 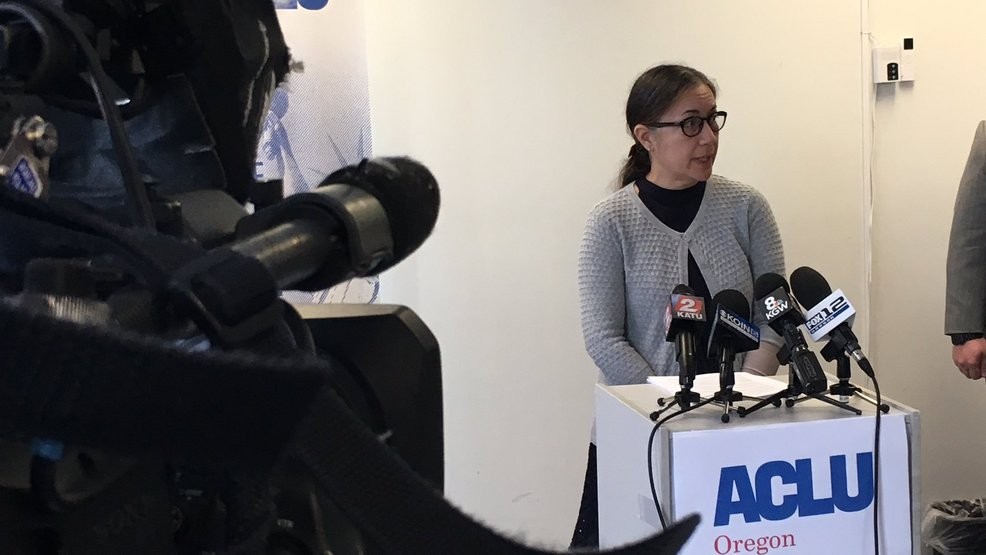 So demure and rational and calm in that press conference...

'I'm a very private person' - except when I'm screaming bloody murder in public at the police.

“she was exercising her right, protected under the United States and Oregon Constitutions, to stand against bigotry and intolerance.”

Wow. So it’s simply a fact that bigotry and intolerance were at work. Nice try.

There is little more obnoxious than a leftist woman.

She is violently intolerant of anyone she slanders, and those nasty po po defended the people she was attacking.

How about a leftist excuse for a man wearing Birkenstocks, Crocs, or sandals.

Not just because I’m a very private person..

I know because I am. And a protest is the LAST PLACE I’d go.

I am THRILLED Trump gets hugh and series crowds. They are probably great times.

but I don’t like crowds so I have never been to one. I don’t go to concerts either.

And I CERTAINLY don’t go to protests where you’re BEGGING to be noticed.

She knew what she was doing, when he went there on her own volition.

I almost wiped out a couple of her fellow pink pussyhats the other day when they decided to ignore the traffic lights and cross a rush hour street in front of me.

They were very upset that I hadn’t read their minds and anticipated that they were entitled to ignore laws that they expect everybody else to obey.

I’m tired of these people calling themselves “anti”facists and “counter”protestors.
Both terms are the opposite of what they are.
They are facists who are constantly protesting against everything America stands for— equality under the law, tolerance, honesty & decency.
They feel they’ve the right to assault others & destroy property with impunity, while denying anyone else the right to resist them.

And yet not even an arrest so far in the brutal beating of journalist Andy Ngo in Portland weeks ago - and not a word from the ACLU about how his civil rights have been violated by the lack of action by the city......

If you disagree with me politically, you are by definition a RACIST!

Most AntiFa types are thus RACISTS!

Two can play at this game.

I like that! And Anti-fa should be label Anit-1st Amendment.

Watched this tonight. See some similarities with our current cultures.

Pf course not, that would make the ACLU consistent!

She is identified as part of a group that caused much damage. Hold her responsible for it.

Other people were beat up by members of the group. Charge her for her groups actions.

You got less than you deserved, lady.