I think the request was that Dear Leader use the word ‘ruthless’ and the way he crafted it was into ‘ruthless coyotes.

That makes a lot of sense, ichabod1.

That’s the red scarf picture I found! and good job on finding that picture of Reese with her lipstick!

Confident and knowing! [re Mona Lisa and Gina smiles]

My first thought on reading Montezuma was a reference to the Marine Corps Hymn, From the halls of Montezuma to the shores of Tripoli.

Red is the color of blood. The redcoats wore red coats so if a man was hit it wouldn’t frighten and demoralize the others.

There was a song in the English Labour party (It IS the anthem of the British Labour Party) someone taught me once, it goes to the tune of O Christmas Tree:...

~ ~ ~ ~ ~ ~ ~
IMHO, highly relevant, ichabod1. I had not known that about the Labour Party anthem. The others I had heard before. Thanks for that info.

The red Scarf? It could hold some significance, or could just be a scarf.

There is that, of course. As Demon Freud used to say, “Sometimes a cigar is just a cigar.”

My opinion on Crypto Currency=stay away. Anything that is not in my physical possession can be later subjected to Government control, as in access cut off, if I don’t toe the line, or for some reason incur government attention.

The NWO wants to replace cash, gold etc. and make everyone get an identifying number to use with their account. The Pope even gave a speech referencing this need fairly recently. JMHO. Everyone else can do whatever-YMMV

I can understand that perspective.... but I’ve heard others speak of some crypto currencies NOT UNDER CONTROL of the Cabal, to be possibly the safest form of online currency. I fear that whether we may like it or not, in some way, even without the Cabal, our world is headed that way, and Eric T was seeking to point out a crypto currency conversation taking place. (And DJT ratified that perspective by re tweeting.)

I am not an authority, and I honestly do not really have a dog in that hunt at this point, but I see the value in looking into what such a conversation might be....and what they might come up with. However, in large part, I agree with you. I think the phrase we hear in wedding ceremonies can be equally applied to our money matters. I instinctively like “to have and to hold!” LOL!

Was “Ruthless” a pre-arranged comm?

All the people in that area above the clock seem to have laptops. Press corps?
Giving a pointed nod to Jim Acosta?

The press has a substantial section directly behind and above the speaker’s lectern in both houses.

“””All the people in that area above the clock seem to have laptops. Press corps?
Giving a pointed nod to Jim Acosta?”””

Acosta “GLOWS” so he’d stand out, besides, wouldn’t he want to be near 45’s path so he could shout out questions about Russia Russia Russia? :)

Sorry for the late reply after everyone had already answered the question. As usual, blind and behind.

“””The press has a substantial section directly behind and above the speaker’s lectern in both houses.”””

Thanks! I missed your reply while distracted with things here. And my eyes are starting to stick inside their sockets. Back at 1726 struggling to catch up. May not make it.

Your grandfather sounds like he was full of true grit.
And love for you.

Agreed. My post was just to give LJ the unrolled thread that was being wished for. 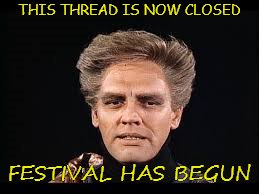 What was Trump discussing around this 1:27 time about which he might be signaling? He such a amazing man!