[For those of us who missed his comments, what was his “very last comment”. ]

Basically if after 3 weeks there’s no funding for the wall, he will bascially take every action he can as president (meaning emergency EO and defense funds).

It’as actually brilliant. It takes the monkey off of his and puts it on the Democrats. If they don’t give him funding, then blame will fall on the Democrats for the next shutdown or the wall construction.

I heard that piece of excrement republican senator from Alabama (Shelby) earlier on Fox, he called it “Trumps” wall. It our wall dumb ass! Whats wrong with Alabamians to elect such such crap, not to mention their new Democratic senator.

122 posted on 01/25/2019 11:55:52 AM PST by Swirl
[ Post Reply | Private Reply | To 1 | View Replies]
To: ChildOfThe60s
I believe that judicial overreach has come to the point where the President should pull an Andy Jackson. Tell the court they have no jurisdiction, if they want to stop it, they can send their army to do so.

At which point Pelosi will gleefully impeach and when it goes to the Senate you get to see how many Republicans give sanctimonious speeches about the 'Rule of Law' and vote to convict.

Everyone who’s disagreeing needs to go back a year. Look at everything we were told then. “It’ll be different next year”, ....

The fact that we are here now means it’s not different. If this is some kind of 3d chess, Trump will be out of office before the end of the game and we will have nothing. If Trump was willing to fight the swamp, he would have officially declared the emergency by now or acted in some way that makes progress - we are worse off than last year with a D house. With no action in 2 years, I’m assuming it’s all talk. And even if action started tomorrow, not much progress will be made in 2 years and he’ll be gone.

hang in there Cubs Fan.
Three weeks he gives the slimes to negotiate. If they fail, he says he will declare an emergency and build the wall.
Wait and give the guy 3 weeks and I bet my farm he will follow through.

What sucks is that trump withdrew and failed to renominate anyone to the 9th in this recent batch of appointments. It would have still been liberal, but a little more in balance. Unclear why he is deferring to Harris and Feinstein.

Which “Cave” was that? The one where Pelosi gets more rope to hang herself? The one where Trump gets complete cover to issue the E O declaring a state of emergency? The one where Democrats continue to stonewall and are bowled over when Trump shits down the government and people see him as the only adult in the room? Trump wins; that’s what he does - live with it.

[Right, like the way the “master” negotiated when his party controlled both houses?]

With all of the McCain’s, Sasse’s, and Mukowski’s in the Senate last year, do you REALLY think anything Trump wanted would have gotten done??

I think the Homeland Security portion of the funding bill goes to conference between the U S Senate and the HOR. If after 3 wks in conference there no agreement that part of the gov’t is shut down again.

Well you need to get real too. This was a total cave. NOT ONE PENNY for the wall. No “down payment”, nothing. Just a vague statement he may take other action which will probably get blocked by the courts. Yes he’s all we have and it’s not enough. Unless Trump is willing to tell the hack Judges they have no jurisdiction over immigration policy it’s over. The Congress is not going to fund the wall. Period. 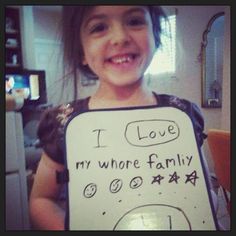 Exactly. I completely agree. Senatorial support was weakening and he is showing tremendous qualities of long-suffering and patience with those driven by power lust and Hate. Lose the battle to win the war. He is no fool and he is demonstrating that he is willing to go to the nth degree before he has to use emergency powers. It is easy to be cynical these days, but we are to pray for our leaders and I believe the best of President Trump. I am certain that almighty God has put him in this position for this time.p

133 posted on 01/25/2019 11:58:24 AM PST by politicket (Don't remove a Bernie Sanders bumper sticker. It's the only thing holding the car together!)
[ Post Reply | Private Reply | To 1 | View Replies]
To: Cubs Fan
You must really be delusional to think Nancy Pelosi was ever going to budge on this.

I would expect to hear nothing less from a Cubs fan. Those 100 years of losing has really affected the way you approach life, for sure.

Then Homeland Security is shut down again in three weeks.

You are correct, unfortunately.

1. His legal team has advised that providing a further 3 week attempt to deal with the socialist dems will secure his position regarding a court challenge to any Emergency declaration.

2. He has connected with enough Dems who realize Pelosi is bat shit crazy and owned by the left or the cartels or both and they asked him for time to work out their plan.

3. He needs 3 weeks to work out the details of a better plan that might yield even more than the funds he desires for a wall.

Negotiate and include the $7.5B for the wall

Then the EO will be implemented.

How many times has President Trump “caved” on something only to find out later that he was right about what he said or he did the right thing...

Some in here jump to conclusions so fast that it makes you think FR is inundated with DU’ers trying to pass themselves off as FReepers....

The same party of ruling elites that got dismantled by a billionaire outsider that was dying to negotiate with him?

The same party that had a record number of “retirements” because they couldn’t wait to negotiate with him?

He should have better success with the Democrats.