Clay print from seal may be first ever extra-biblical reference to the prophet Isaiah
phys.org ^ | February 23, 2018 | by Bob Yirka, Phys.org 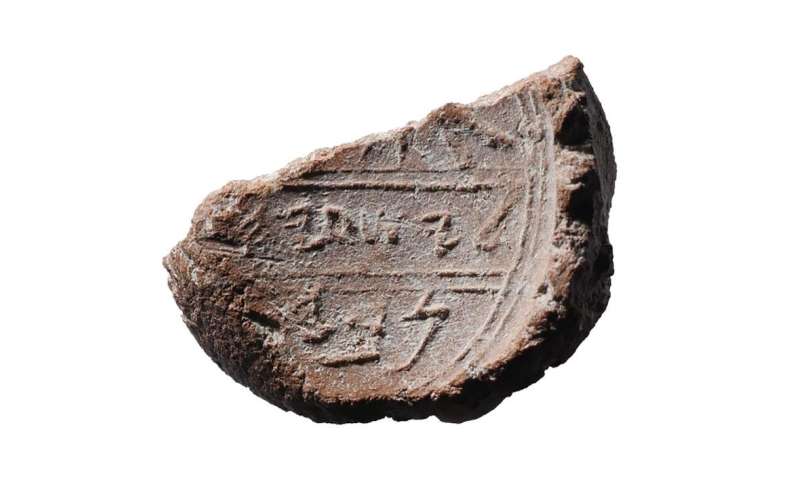 Author and archaeologist Eilat Mazar has published an article in Biblical Archaeology Review suggesting that a small piece of clay with a seal imprint on it (called a bulla) might be the first-ever extra-biblical reference to the prophet Isaiah. In her article, she gives a historical overview of both King Hezekiah and the prophet Isaiah, followed by an overview of the locations in which both people were believed to have lived and worked—specifically temples in Jerusalem that have been under excavation for many years. Researchers found a bulla believed to have been created using one of King Hezekiah's seals in one of these temples just three years ago. Another bulla has been the object of scrutiny ever since, and now, Mazar is suggesting the possibility that it came about from a seal belonging to the prophet Isaiah.

Isaiah was a Jewish prophet who lived approximately 2,700 years ago, and who has long been linked with King Hezekiah. It was Isaiah, according to the Hebrew Bible, who encouraged the King to fight the Assyrians who had attacked Jerusalem in 701 BC, rather than allow them to surrender—he promised that God would not let Jerusalem be captured. The second bulla under study was found close to (just 3 meters away) the one believed to be created by the King's seal, offering some bit of hint at its source. But more important is a word found on the imprint, "Yesha'yahu," which is Hebrew for Isaiah.

Unfortunately, another important part of the print has been lost. It starts with "nvy." Nobody knows what it means, but Mazar notes that if the letters were followed by "aleph," the whole thing would form the Hebrew word for prophet. Thus, the seal would have been used to make bullas as a form of receipt from the prophet Isaiah. Mazar does not know if the remaining parts of the bulla will be found, but notes that nvy by itself could be part or all of a personal name, one that did not belong to the prophet. On the other hand, she further notes, there are places in the Hebrew Bible where nvy is used as an apparent abbreviation for prophet.

Explore further: First seal impression of an Israelite or Judean king ever exposed in situ in a scientific archaeological excavation

Well jeez, see the horrible Jews have occupied the Palestinians lands for over 2700 years.

I love the GGG pings. I’m looking for an old one that covered the die off of South American natives in huge numbers. Some pandemic hit them. If I remember correctly the data pointed to 2 different die off time frames. Do you remember those posts?