Nine British servicemen have been thrown off a nuclear submarine at the centre of a sex probe, after testing positive for cocaine while on duty. In one of the worst scandals to hit the Navy, the crew from HMS Vigilant – which carries the Trident nuclear deterrent – were sent home and kicked out of the service after the class A drug was found in their blood. They are alleged to have had drug-fuelled parties while the submarine was docked in the US to pick up nuclear warheads. One man is said to have had sex with a prostitute in a swimming pool.

>>One man is said to have had sex with a prostitute in a swimming pool.

A submariner and a prostitute. Oh, the horrors!! LOL. Glad I got my submarine days behind me before PC.

Is this a “yellow submarine” like the Beatles song?

We're just single men in barricks, most remarkable like you;

An' if sometimes our conduck isn't all your fancy paints,

Why, single men in barricks don't grow into plaster saints;

But it's “Please to walk in front, sir”, when there's trouble in the wind

It's “Please to walk in front, sir”, when there's trouble in the wind.

4 posted on 10/28/2017 5:46:16 AM PDT by marktwain (President Trump and his supporters are the Resistance. His opponents are the Reactionaries.)
[ Post Reply | Private Reply | To 2 | View Replies]
To: DFG
Excerpt from the article:

It can also be revealed that the submarine's second-in-command, Lieutenant Commander Michael Seal, 36, has been removed amid claims of an extra-marital affair with a female engineering officer – Lieutenant Hannah Litchfield, 27. She too has been taken off the vessel.

The submarine was already embroiled in controversy over an alleged affair between its captain, Commander Stuart Armstrong, 41, and Sub-Lieutenant Rebecca Edwards, 25. Again, both have been removed from duty on board.

The submarine's captain and his second-in-command are the only officers on board with access to a grey safe which contains a 'letter of last resort' from the Prime Minister. It details guidance and orders to be followed should the UK be attacked with nuclear weapons.

So much for rum, sodomy and the lash.

See! This has gotta be some of that fake news everybody talks about.

A sailor with a prostitute. Right. GMAFB!

Looks like a lot of job openings on that British sub. Who’s going to take the sub back to England?

Homos out of the service as before.

Just the way the changes were implemented.

This is WHY POTUS is C in C.

Nobody and no legislature is.

Wait till they have women on board!

Anyone who doesn’t see the potential dangers to the submarines, their mission and the security of the nation by introducing women into the crews is just plain ignorant.

These women may be well qualified and capable, but the Creator made us male and female so as to propagate the human race and gave us sexual urges and desires toward the opposite sex. Placing them in confined spaces will only intensify the urges. Even with large doses of saltpeter it will happen.

The Navy leadership was stupid to go along with is PC change in submarine crews. A price will be paid - sooner or later.

Yeah. We wouldn’t want those defending the country to act like men.(sarc)

And sorry ladies but women don’t belong on war ships and any combat situation.

Wait till they have women on board!

Put healthy young men and healthy young women on a nuclear sub, and only in the idiot PC minds can they function without Sex rearing its head or whatever.

This is a fully armed nuclear sub with nuclear weapons on board. In fact it was in the USA to pick up nuclear warheads.

At least the sex was with a hooker in a swimming pool and not in the FWD torpedo room with a “mate”.

Well, the rum is gone, and the lash is gone as well. What else have they got to go with their buggery? 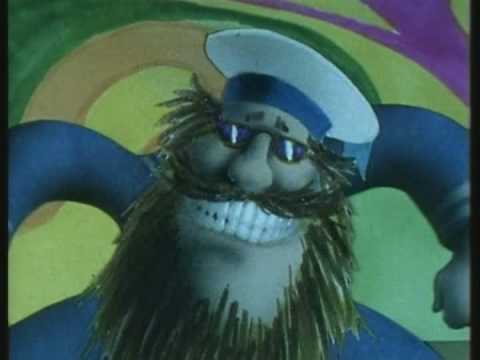 The Monty Python skit was 40 years ahead of its time!