Singer Barbra Streisand, a major Hillary Clinton supporter and one of Hollywood’s most outspoken leftist activists, is calling on President Obama to bypass Congress and unilaterally appoint his pick for the U.S. Supreme Court.

The Senate declined to hold hearings or votes on Judge Merrick Garland’s nomination as part of its broad “advice and consent” power. Obama nominated Garland in March to replace the late Justice Antonin Scalia.

Now that Donald Trump has won the election and is set to nominate a judge, Streisand has circulated a petition urging Obama to quickly appoint Garland to the court before Trump can be sworn in as president...

Babzie never heard of the constitution.

omg, then they will have 5 votes to cancel the election! and declare marshall law ... 4 posted on 11/16/2016 1:49:48 AM PST by seawolf101 (Member LES DEPLORABLES)
[ Post Reply | Private Reply | To 1 | View Replies]
To: BlessedBeGod
Trumps first move should be to appoint a judge and then immediately after that he should ask that ginsburger be removed since she made a political comment and voiced her opinion during the election. Even though she apologized the damage was done to her and she should be forced out.

ON another matter when will Huma be investigate for having 650,000 emails on a home computer she shared with the Weiner man? If even one was state property she MUST GO TO JAIL.

Is she still here? Thought she was leaving the country when Trump was elected.

Leave, (word rhymes with witch) now, before someone throws water on you.

He can’t do that, Babs. Besides, as far as I know, there is no law or constitutional requirement that SCOTUS have a certain number of justices (like nine).

His appointment will just be replaced

Once the Senate remains in recess past 30 days, then I’ve read that the president has the option to step in and issue appointments. Those appointments are then subject to review and requires Senate certification and approval once they do re-convene. Can’t find the link just now. Too early. Gotta go to work.

Is there a libtard anywhere in the farthest reaches of the universe who has?

Had Hillary won, I'd be all in favor of the Senate confirming him post haste, thus just depriving the Hildebeest of the chance to pick an even more Progressive justice.

But the skanky bitch lost, so Merrick Garland can join her on history's ash heap!

Sorry babs, you better come to grips that you are going to spend your waning years watching progressivism wither away.

One constitutional scholar to another, no doubt. Since she’s moving to Venezuela, why does she care?

Need that gif of her correcting that person on pronouncing her name the way she wanted . 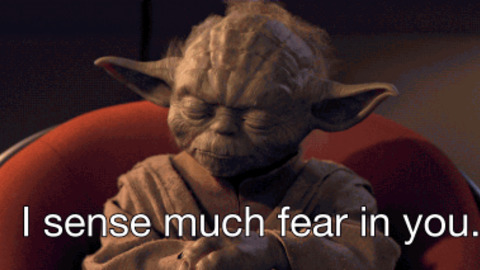 Oh. Well. If Babs wants it, that changes everything.