We previously wrote about the deer sterilization program run by the Village of Cayuga Heights, NY, which borders the Cornell University campus and has large deer and faculty populations.

After years of bitter debate, Cayuga Heights decided that the deer population would be controlled through sterilization at enormous expense:

The Cayuga Heights deer control was mostly a failure because, you know, deer move around, so sterilizing deer in Cayuga Heights didn’t prevent new deer from coming into the area. And so on.

As far as I know, no plans were made to control the faculty population.

I was not aware that Cornell had its own sterilization program. I was aware that deer are all over campus.

What possibly could go wrong? As the Washington Post reports (via Ithaca Voice), just about everything, Trying to limit the number of deer, with surprising results:

A few years ago, the central campus of Cornell University in Ithaca, N.Y., was facing a problem familiar to the Washington area. An infestation of white-tailed deer had pushed the community to the limits of its tolerance. Without natural predators, the deer reproduced until their numbers were limited only by the availability of food….

Typically, a deer boom is dealt with through hunting. Often, sharpshooting riflemen or archers are brought in to bait the animals into zones where shots can safely be taken. Cornell’s administrators took a different approach: They chose to experiment with sterilizing many of the wild deer on campus while allowing periodic hunting on nearby land — and the result was something that nobody anticipated.

The method of contraception chosen by Cornell was tubal ligation, in which a doe’s fallopian tubes are either blocked or severed. This prevents egg cells from reaching the uterus. Unlike chemical forms of birth control, tubal ligation is typically permanent and avoids the expense of capturing the same deer each year to maintain their infertility. At a cost of roughly $1,200 per deer, 77 does were captured and sterilized though tubal ligation. (Without the help of the Cornell University College of Veterinary Medicine, the costs would have been higher.)

No, this is not The Onion. This is my world. Deer get tubal ligations at a cost of $1200 per pop, and I can’t even get good coffee in the faculty lounge.

Wapo goes on, result was fewer does, but more bucks looking for does:

… Initially, the results looked promising: The birth rate went down. Yet the total number of deer remained steady over five years. Something strange was going on.

“Sterilization definitely did decrease fawn numbers, and doe numbers also declined,” Curtis said. “However, these population reductions were offset by increasing buck numbers. There were about 100 deer on campus when we started, and there were still about 100 deer [five years later].”

Something was attracting an abnormal number of mature bucks. Cornell’s biologists realized that the reproductive cycle of the ligated does was to blame.

Under normal conditions, all female whitetails go into heat within several weeks of each other and become pregnant at around the same time. This annual event is called the rut. However, if a doe is not impregnated during the rut, it will enter heat again the following month and again the month after that. Because the ligated does were unable to become pregnant, they continued to produce chemical signals of readiness to reproduce — signals that can attract bucks from miles away.

Cornell found a quick solution. The one that every single Legal Insurrection reader would have suggested at the get-go, without any cost:

After examining Curtis’s data, Cornell’s administration rethought its nonviolent approach to deer population control. The tubal ligation program was halted, replaced by a program of nuisance deer removal using a combination of professional trapping and hunting by volunteer archers.

“In winter 2013, our camera survey indicated there were 100 to 105 deer on campus. After the nuisance deer removal in 2014, the camera estimate was about 58 deer remaining on campus,” Curtis said.

“Because the bow hunters are volunteers, this program is essentially cost-neutral,” Blossey said.

But remember, this is the Ivy League. So we’re always looking for complicated, expensive replacements for effective, lost cost solutions:

Cornell has begun experiments with ovary removal in deer, but Curtis’s team has already had a surprise.

“Three of the 77 tubal ligation deer gave birth to fawns,” Curtis said. “These three deer were recaptured and later were given ovariectomies. All three had ovarian anomalies, and at least one experienced tissue regrowth post-surgery.”

Even after the surgical removal of their ovaries, one of the three deer became pregnant again. It is not clear how this was possible. One supposition is that some ovarian tissue may have escaped the scalpel and regrown into a functioning ovary. 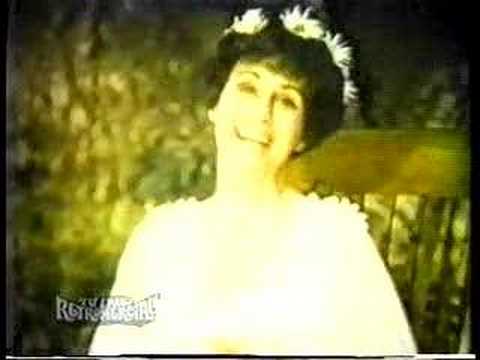 Those poor dumb libtards sure wasted a lot of money proving that you can't fool mother nature ...

Is Cornell one of those colleges which are fighting against the rape culture? Did these bucks get specific permission from the does to proceed as foreplay was happening? Did the does give their consent to go all the way?

And why the focus on hetero normative behavior? What about the lesbian, gay, bisexual, and transgendered deer????

They spent how much??

When hunters would have come and taken for free??

$2984 could buy a lot of ammunition which could be used to reduce the “large deer and faculty populations”.

...Just kidding about the faculty...

9 posted on 10/20/2014 2:40:17 PM PDT by goodwithagun (My gun has killed fewer people than Ted Kennedy's car.)
[ Post Reply | Private Reply | To 1 | View Replies]
To: Zakeet
Initially, the results looked promising: The birth rate went down. Yet the total number of deer remained steady over five years. Something strange was going on.

Now just a minute. Are they really insisting that people ostensibly familiar with the reproductive habits of deer thought they could give tubal ligations faster than the furry little devils could mate? Seriously?

If I were a deer I'd be insulted.

Who said you couldn’t integrate the mentally challenged into society especially in government and academia?

Valid questions all, DSD...My question is what exactly do they mean by nuisance Deer? Were the deer hanging around the Student Union all day drinking beer and smoking cigarettes? Didn’t they clean up after themselves?

This is so darned funny that I’m actually laughing. Thanks so much for posting something that really made me break out with chortles!

Geez, where does your child go to school? Bishop Mussio Elementary. It is about a grand more for high school at Steubenville Catholic Central.

In Fargo, ND, they handle the excess deer population by opening a bow season WITHIN the city limits. Parks and golf-courses have tree-stands.

“The City of Fargo established a deer management program in 2006 to address problems created by a growing herd of deer within city limits. The program allows a controlled archery deer hunt each year in limited areas of the city.”