Vanity - Something fell behind the back seat of my car.
Owl_Eagle, his daughter, and a Toyota Camry | July 8, 2009 | Owl_Eagle

So, my daughter thinks she lost her favorite D.S. games in the back of the car. It either went behind the seat, or down that little hole where the seatbelts come out of.

Is there a way I can get it back short of shoving my hands down blindly in there?

“I’ve quite often said there isn’t very many problems that can’t be solved by a stick of dynamite.”

The remainder can be solved with duct tape.

Magnets won't work, this game is 1/2" by 1/2" piece of plastic. Your car seat should pop up and out, exposing the darkness. Just be sure when you pop it back in, all the seat belts are pulled up and don't fall in with the game. Good luck!

64 posted on 07/08/2009 1:09:10 PM PDT by jessduntno ("We are not retreating. We are advancing in another direction." - Sara Palin, quoting MacArthur.)
[ Post Reply | Private Reply | To 61 | View Replies]
To: villagerjoel; Domandred; ClearCase_guy
The remainder can be solved with duct tape.

EVEN the over-application of explosives. Takes some patience though!

65 posted on 07/08/2009 1:09:30 PM PDT by American_Centurion (No, I don't trust the government to automatically do the right thing.)
[ Post Reply | Private Reply | To 62 | View Replies]
To: Owl_Eagle
Also, I don't know what kind of car you drive, but it's actually pretty easy to get the back seat out of most cars. Just reach into the space between the upper and lower seat halves, from the center of the seat, and pull up and out. the whole lower seat half should pivot right up. Then just reverse the procedure and it'll just pop back in. You'll be surprised what you'll find in there, especially if you bout the car used.
66 posted on 07/08/2009 1:09:30 PM PDT by conservativeharleyguy (Democrats: Over 60 million fooled daily!)
[ Post Reply | Private Reply | To 1 | View Replies]
To: Owl_Eagle

“So, my daughter thinks she lost her favorite D.S. games in the back of the car. It either went behind the seat, or down that little hole where the seatbelts come out of.

Is there a way I can get it back short of shoving my hands down blindly in there?”

Your daughter represents Obama (sorry), and the D.S. game represents the economy. “Shoving your hands down blindly in there” represents stimulus programs?

Toss a half ounce of dope down the same hole...take the car down the road and blow past the first K-9 cop you come up on. Flipping him off is optional but more effective. Of course, YMMV.

OMG...not the dreaded black hole! I am still missing two diamond earrings (1 ea from different pairs) somewhere under my driver's seat. I cut my hand (or something bit me) trying to dig them out. I have begged hubby to remove the seat so I can find them, but just got the "round tuit" response. I swear I am getting him one of these for Christmas this year: 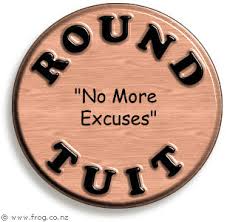 The back seat shouldn't be too hard to take out though. As others said, it should just be held on with clips.

You’re from Philadelphia. Throw a battery or ice-ball at it.

If I'd only been much, much more specific in my google search, we wouldn't have this thread.

I was thinking the daughter represents the foolish American public who voted for Obama, while the favorite D.S. game lost under the seat of the car represents our constitutional republic.

LOL Thats what I was thinking.

Oh, so it was just a flesh wound then.

Just one equipped with a penlight, a small wooden dowel and a package of blu-tak from the hardware store.