Folks, I have encountered reports on the internet which indicates that Al Franken is a short man, a REALLY short man.

This link, http://nicanfhilidh.blogspot.com/, reports he is perhaps all of 5 feet, 3 inches tall.

Question: does anyone have a factual reference for just how short AL Franken really is?

TOPICS: Chit/Chat
KEYWORDS: democrat; short; tall
Does anyone have the height/weight tables for the Democrat leadership as opposed to the republican leadership?

I'd be very very curious to discover if there was a correlation between political affiliation and height...

Ask Bill O'Reilly, I'll bet he knows. O'Reilly is 6'3" and he and Franken having been having a war of words for the past year or more.

Al Franken is a gnome and they come in way under 3 feet.

I'm pretty sure Franken is a toad.

Robert Reich has often accused him of 'heightening'.

Nice reference to Mickey from 'Seinfeld.'

That show was awesome - thank G-d it's running in syndication.

Why you must assume short means weak is beyond me. 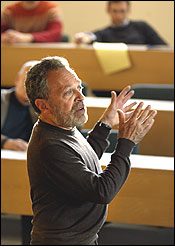 "I have always looked up to Al Franken."

They got little noses,
Tiny little teeth,
They wear platform shoes
On their nasty little feet.

(Short people are just the same as you and I.)
A fool such as I. (All men are brothers until the day they die.)
It's a wonderful world.

They got little baby legs
They stand so low
You got to pick 'em up
Just to say hello.

They got grubby little fingers
And dirty little minds.
They're gonna get you
Every time.

Gracious! I hope not - I'd hate to have to be in the same party as he!

Tiny Tommie D., thankfully, is out of a leadership job, but he was notoriously stubby. A few of the little fellows are ok, but some have seemed to me to carry a chip.

If he wore a red shirt, dogs would get confused.

I was just kidding. I don't think we should kill people under 5'5. I noticed some people are obsessed with height which seems a weird thing to be obsessed with. How tall is Al Franken? WHO CARES!?!?!
I noticed people making fun of Tom Cruise for being short awhile back on these boards also. There are plenty of good reasons to make fun of the guy his height isn't one the better ones.

Thanks. Had me worried that you thought anyone under 5'5" should be 6' under!

In fuzzy logic, the person can be a "somewhat tall", or some percentage of what you define as tall. This percentage of tall is often referred to as the fuzzy membership set. Unlike Boolean logic, fuzzy logic provides a way to describe partial membership. Figure 2 shows how the degree of membership in the fuzzy set "tall" might be defined as a function of height. A person who is three feet tall has zero membership in the set. Conversely, someone who is seven feet tall has a membership of one. Well, the difference between Boolean set theory comes in when a person is five feet, three inches-then they are described as being a 0.25 percent member of the set tall.

0.25 percent members of the set tall