As it turns out the FBI knew that if they got caught illegally and unconstitutionally spying on an enemy of Deep State it would look bad:  AWESOME!

You’re not likely to get one by the FBI.

Under John Brennan, the CIA operated as an opposition research outfit for the Hillary Clinton campaign. It appears from leaked news stories in the British press that Brennan’s oafish spying on Trump began around April 2016, right after Trump’s biggest primary victories. As it became urgently clear to Brennan that Trump was going to face off against Hillary, Brennan turned to “intelligence partners” in Europe for dirt on Trump. But they didn’t have any, save some pretty skimpy material on “contacts” between Trump campaign officials and Russians…

(Brennan) referred to the FBI/CIA’s spying on the Trump campaign as an “exceptionally, exceptionally sensitive issue.” [ed. Most illegal activities are.]

From Russian Roulette, the post election book by David Corn and Michael Isikoff.

“Brennan dimly understood that there would be hell to pay if it came out that Hillary partisans in the U.S. government were spying on her opponent’s campaign, making use of opposition research that she had purchased. But Brennan, who was auditioning to be Hillary’s CIA director and choking on his anger at the thought of Trump as president, couldn’t help himself apparently.” – via American Spectator

Gee, I’ll bet that information would have been more interesting during the election.

Have at it people. It has finally stopped raining after a 40 day deluge and I have 3 decks (why did I ever think THAT was a good idea?) needing a summer facelift. 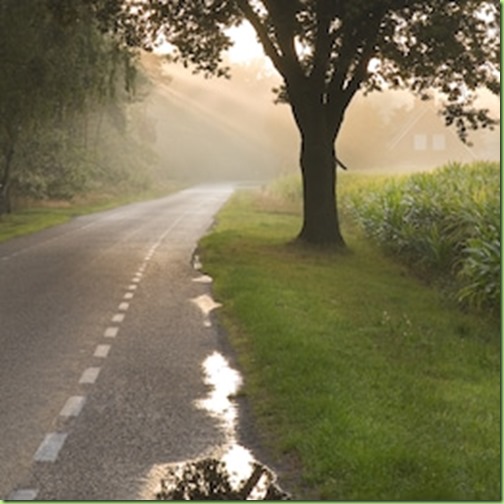 So up and at ’em: those decks aren’t going to power wash and seal themselves!

Think back to the questions during the campaign about respecting the election results. First, during the Republican primary and then in the debates between Donald Trump and Hillary Clinton.

I see two things. All of these operatives (Republican, Democrat, Deep State) were deathly afraid of Donald Trump being elected and were going to drive him into purgatory if he challenged an election he lost. This drive would have had supreme protection had Hillary won.

The question is did they know early on Trump had a good chance of winning or was it just a drive to make sure that ANY outsider never gained any footing to win???

The second question is have they done this to lesser candidates in other elections, Presidential or otherwise.

Notice the jug eared Marxist has been pretty quiet since he left office. What a steaming pile of dog dung he is.

All he has to do is say he was ‘miss led’ by his CIA, NSA and FBI people, feeding him false infoemation.

Perhaps, a floating funeral pyre that could be moored in the Potomac.

The MT Vulcanus is available for duty. Certainly, the Donkey Gangsters are every bit as dangerous as Agent Orange.

Gitmo is ready for business.

Hitlery was a crooked lawyer when she was fired from the Watergate investigation, and now she has committed crimes far worse than Watergate.

Obama is complicit in this as well.

This is sedition and all criminals involved, perhaps hundreds of them, should be swinging from a rope!

That’s why you need synthetic decking. I had synthetic decks installed in 2004 and they’re going strong without any pressure washing or refinishing. They cost about twice as much for the initial installation and are worth every dollar of it.

10 posted on 05/17/2018 6:49:47 AM PDT by Oldeconomybuyer (The problem with socialism is that you eventually run out of other people's money.)
[ Post Reply | Private Reply | To 1 | View Replies]
To: All
THIS JUST IN: Then-CIA Director, John Brennan, sucked up bgtime to get a job with Hillary;
he worked tidbits from the phony ‘Pee Dossier’ into Obama’s Daily Intel Briefing (PDB)

My takeaway is that Brennan and Hillary pegged Obama correctly......

<><> too stupid to know he was reading falsified intel.

My guess is they were worried because they knew that the last few elections have been rigged. They knew the massive amount of vote fraud that was needed to put 0vomit in the WH. So they figured it would take a comparable amount, maybe more, to put Hitlery there.

Under John Brennan, the CIA operated as an opposition research outfit for the Hillary Clinton campaign. It appears from leaked news stories in the British press that Brennan’s oafish spying on Trump began around April 2016, right after Trump’s biggest primary victories. As it became urgently clear to Brennan that Trump was going to face off against Hillary, Brennan turned to “intelligence partners” in Europe for dirt on Trump. But they didn’t have any, save some pretty skimpy material on “contacts” between Trump campaign officials and Russians…

“That’s why you need synthetic decking. I had synthetic decks installed in 2004 and they’re going strong without any pressure washing or refinishing. They cost about twice as much for the initial installation and are worth every dollar of it.”

How hot does that decking get in the summer?

Our deck is on the west side under cover from the mid day sun but not the afternoon sun.

i thought EEE would appreciate this mention of an Exceptionally Exceptional Exception.

under Brennan the CIA supported the Clintons? More like since the 80s CIA cocaine operations in Mena Arkansas. The CIA supported Bill in the 90s, and poppy Bush has been best friends with them since then. 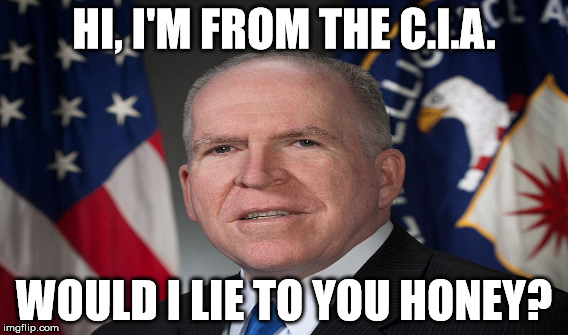 “From 2001 to 2005 there was an ongoing investigation into the Clinton Foundation.

A Grand Jury had been empaneled.

Governments from around the world had donated to the “Charity”.

Yet, from 2001 to 2003 none of those “Donations” to the Clinton Foundation were declared.

Hmmm, now you would think that an honest investigator would be able to figure this out.

Guess who took over this investigation in 2002?

No other than James Comey.

Guess who was transferred in to the Internal Revenue Service to run the Tax Exemption Branch of the IRS?

Your friend and mine, Lois “Be on The Look Out” (BOLO) Lerner.

It gets better, well not really, but this is all just a series of strange coincidences, right?

Guess who ran the Tax Division inside the Department of Injustice from 2001 to 2005?

No other than the Assistant Attorney General of the United States, Rod Rosenstein.

Guess who was the Director of the Federal Bureau of Investigation during this timeframe???

I know, it’s a miracle, just a coincidence, just an anomaly in statistics and chances, Robert Mueller.

What do all four casting characters have in common?

They all were briefed and/or were front line investigators into the Clinton Foundation Investigation.

Ok, lets chalk the last one up to mere chance.

James Comey leaves the Justice Department to go and cash-in at Lockheed Martin.

Hillary Clinton is running the State Department, on her own personal email server by the way.

The Uranium One “issue” comes to the attention of the Hillary.

Like all good public servants do, you know looking out for America’s best interest, she decides to support the decision and approve the sale of 20% of US Uranium to no other than, the Russians.

Now you would think that this is a fairly straight up deal, except it wasn’t, the People got absolutely nothing out of it.

However, prior to the sales approval, no other than Bill Clinton goes to Moscow, gets paid 500K for a one hour speech then meets with Vladimir Putin at his home for a few hours.

Well, not so fast, the FBI had a mole inside the money laundering and bribery scheme.

Guess who was the FBI Director during this timeframe?

He even delivered a Uranium Sample to Moscow in 2009.

Guess who was handling that case within the Justice Department out of the US Attorney’s Office in Maryland.

No other than, Rod Rosenstein.

Guess what happened to the informant?

The Department of Justice placed a GAG order on him and threatened to lock him up if he spoke out about it.

How does 20% of the most strategic asset of the United States of America end up in Russian hands when the FBI has an informant, a mole providing inside information to the FBI on the criminal enterprise?

Guess what happened soon after the sale was approved?

~145 million dollars in “donations” made their way into the Clinton Foundation from entities directly connected to the Uranium One deal.

Guess who was still at the Internal Revenue Service working the Charitable Division?

No other than, Lois Lerner.

Ok, that’s all just another series of coincidences, nothing to see here, right?

Due to a series of tragic events in Benghazi and after the 9 “investigations” the House, Senate and at State Department, Trey Gowdy who was running the 10th investigation as Chairman of the Select Committee on Benghazi discovers that the Hillary ran the State Department on an unclassified, unauthorized, outlaw personal email server.

He also discovered that none of those emails had been turned over when she departed her “Public Service” as Secretary of State which was required by law.

He also discovered that there was Top Secret information contained within her personally archived email.

Sparing you the State Departments cover up, the nostrums they floated, the delay tactics that were employed and the outright lies that were spewed forth from the necks of the Kerry State Department, we shall leave it with this…… they did everything humanly possible to cover for Hillary.

Now this is amazing, guess who became FBI Director in 2013?

Guess who secured 17 no bid contracts for his employer (Lockheed Martin) with the State Department and was rewarded with a six million dollar thank you present when he departed his employer.

No other than James Comey.

Amazing how all those no-bids just went right through at State, huh?

Now he is the FBI Director in charge of the “Clinton Email Investigation” after of course his FBI Investigates the Lois Lerner “Matter” at the Internal Revenue Service and exonerates her.

Nope couldn’t find any crimes there.

Can you guess what happened next?

In April 2016, James Comey drafts an exoneration letter of Hillary Rodham Clinton, meanwhile the DOJ is handing out immunity deals like candy.

They didn’t even convene a Grand Jury.

Like a lightning bolt of statistical impossibility, like a miracle from God himself, like the true “Gangsta” Homey is, James steps out into the cameras of an awaiting press conference on July the 8th of 2016, and exonerates the Hillary from any wrongdoing.

Can you see the pattern?

It goes on and on, Rosenstein becomes Asst. Attorney General, Comey gets fired based upon a letter by Rosenstein, Comey leaks government information to the press, Mueller is assigned to the Russian Investigation sham by Rosenstein to provide cover for decades of malfeasance within the FBI and DOJ and the story continues.

FISA Abuse, political espionage..... pick a crime, any crime, chances are...... this group and a few others did it.

All the same players.

All compromised and conflicted.