What is a Reasonable Upper Limit on Gun Ownership in the United States?
Gun Watch ^ | 7 February, 2016 | Dean Weingarten January of 2016 had the highest number of NICS checks for any January on record.  There were 2,545,802 million checks, which translates to a bit less than 1.9 million new firearms. The industry is producing firearms as fast as they can, and they are being purchased just as fast.  The demand side is crowded with first time buyers, women, and young urbans.  Where will it end?

Disarmists, those who wish us to be disarmed, constantly talk about "need".  Need is something they seem to think that they are the only ones qualified to define.  The idea of "need" is a semantic trick to appeal to parents, especially women.  Parents are constantly required to determine "needs" versus wants.  This is because the parents are paying for what their child obtains.  "Needs" are finite.  Wants are infinite.  If parents allow children to get whatever they want, the family goes bankrupt, or the children never learn self discipline.  With adults, this is not normally a problem.  Reality makes the distinction between "needs" and wants.  No one can get everything they "want", because resources are finite at any given time.  I might "want" a completely manned aircraft carrier fighting group; but I cannot afford it.  Neither can Donald Trump.

The disarmists attempt to translate parental requirements for "needs" and "wants" onto other adults.  Much of disarmist rhetoric focuses on defining adults as children that must be taken care of.

In the United States, we advanced beyond "needs" a long time ago.  Most "poor" people in the United States would be upper middle class in most of the rest of the world.  People do not "need" central heating, air conditioning, television, cell phones, or microwave ovens.

In the U.S., such things are taken for granted.  We are a consumerist society.  We mostly divide our disposable income into things that we want, rather than what we need to survive.

But what is a practical upper limit on the number of firearms produced?  Firearms are not like most consumer products.  They seldom wear out; their expected life, given moderate care and use, is centuries.  It is likely that completely different weapons technology will eclipse firearms before the modern stainless steel and composite stock firearms wear out.  It is one of the reasons that the current number of firearms in the United States is over 400 million.

Firearms are closer to finely crafted utensils than they are to automobiles.  People still have and use utensils that were made in the 1800s.  Often, they become family heirlooms, occupying a prominent place in a display cabinet, even if they are seldom used. A person is likely to have a pitcher or a gravy bowl that has been in the family for several generations; such objects are far more fragile than firearms.

Once a person becomes familiar with firearms, they realize that one firearm does not serve for all situations.  In times of normal ammunition availability, a .22 rifle and pistol are virtually required for practice and training.  A centerfire handgun is the favored tool for personal carry;  a centerfire rifle for hunting, perhaps another for zombie defense, home defense, and neighborhood security during times of unrest; and the ubiquitous shotgun for hunting and home defense.

In that short paragraph, we have six firearms.  It is not unreasonable that each adult would want to have their own.  There are about 237 million adults in the United States as of the end of 2015.

Even at the current fevered pace, we are producing only 17 million firearms per year. It would take about 50 years of such production to meet the measly 1.4 billion minimal "limit" that I have arbitrarily set.

Some firearms, for some people, some of the time are a clear "need".  But most firearms, for most people, most of the time, are a "want".   For people who explore the finer points of firearm ownership, owning a hundred firearms is not unusual.

Firearms are fun, are easy to store and take care of, have a good history of maintaining value, and offer a hedge against hard times and difficulty that even gold and silver do not.  They are safer than swimming pools, stairs and bicycles. There is little reason to believe that the numbers have an upper limit based on market saturation, for decades to come.  Human "want" has no limit.

Â©2016 by Dean Weingarten: Permission to share is granted when this notice and link are included.
Link to Gun Watch

The 2nd Amendment doesn’t say anything about “limits”...’nuff said.

There are no limits at all

> People still have and use utensils that were made in the 1800s.
My favorite wrench was manufactured in 1832 and I still use it when I work on plumbing. It’s better crafted than the junk available today.

Received my first pistol for Christmas. I have my eye on another and a rifle. Wonder if that constitutes “too many” in the government’s eyes?

I haven’t undergone an on-site NICS check for 15-20 years. Ever since I’ve had my GFL/WCL here in Georgia. That card lets me bypass the NICS any time I buy a weapon. The license is good for 5 years. Three/Four NICS checks for the licenses - how many guns do you suppose I bought during that time?

As in "The gov't may NOT limit our right to keep and bear arms." Whats the matter you forgot TRAP and SKEET GUNS? Come on now, Get serious!

What is a Reasonable Upper Limit on Gun Ownership by the IRS?

What is a Reasonable Upper Limit on Gun Ownership by the FBI?

What is a Reasonable Upper Limit on Gun Ownership by any other Fedzilla Agency?

What is a Reasonable Upper Limit on Gun Ownership by the Open Borders Lobby?

Those are all questions which need to be answered first!

How much is too much is a question the government has no right to ask, nor should we ever feel compelled to answer.

I have more guns than I probably need but not nearly as many as I want.

The legal limit should be as many as you can afford and all the ammunition you need to go along with them. Although you can only shoot one at a time, one does need a choice for the task at hand.

Now, how the hell did you get a picture of my basement???? 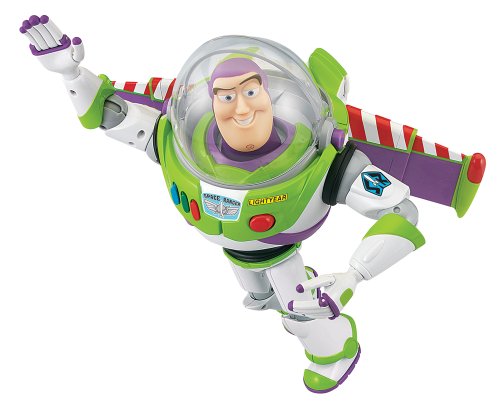 Why no NICS for exercising one’s right to work in the media? What is the upper limit on reporters?

I have a wrench from a Model T in my toolbox that still gets used.