I understand that Bernie is surging in the polls. I would like to take this opportunity to present what the country is likely to look like after 4 years under his Democratic Socialism. You can already see it taking shape in some of Americaâ€™s largest cities. Letâ€™s look at New York since they elected their Democratic Socialist Mayor. (trigger warning: culturally appropriated behavior on display) 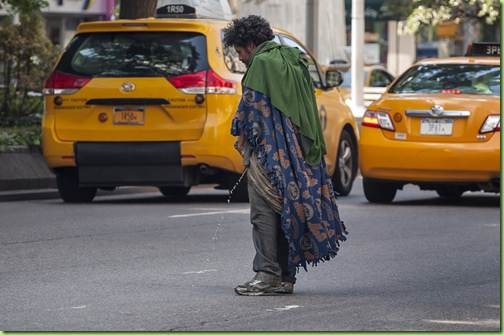 Mark-Viverito in April announced plans to decriminalize public urination along with five other low-level offenses: biking on the sidewalk, public consumption of alcohol, being in a park after dark, failure to obey a park sign and jumping subway turnstiles. â€“ New York Post

Why on earth would they do that you ask?

Urinating and drinking in public would no longer be treated as crimes under a package of bills New Yorkâ€™s City Council will consider to ease enforcement of quality-of-life offenses that lawmakers say clog the courts and have been disproportionately enforced against minorities. - Crainâ€™s New York

Disproportionate impact was originally termed â€œdisparate impactâ€ when it was  initially used to justify Affirmative Action programs in employment law. Now used to warrant government interference in everything from public policy to â€œenvironmental justiceâ€ action.

Apparently this particular action has been taken to help minorities â€œreach their full potential.â€

â€œWe know that the system has been really rigged against communities of color in particular,â€ said Ms. Mark-Viverito, who has promoted such reforms and is the main sponsor of the bills. â€œSo the question has always been, what can we do in this job to minimize unnecessary interaction with the criminal justice system, so that these young people can really fulfill their potential. - New York Times

One can only wonder what potential that might be: 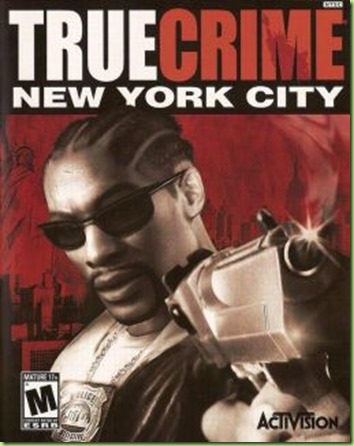 This is the antithesis of the â€œbroken window policyâ€ that Rudy Giuliani (R) used 20 years ago to clean up New York. 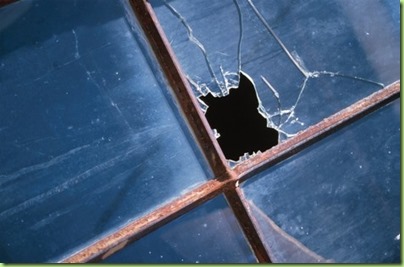 So it makes sense that its polar opposite is what Mayor Bill de Blasio (DS) will use to destroy it. Odd, isnâ€™t it, that one of the commonest features of progressive, Democratically-governed cities is the pervasive smell of public urination. This message was NOT brought to you by the Elect Bernie Sanders B-cuz America Needs More Crazy Socialists committee.

yeah, no. I catch one of obama’s sons urinating in my neighborhood the only thing that’s gonna beat him to the hospital are the lights on the ambulance.

I’m sure the Staten Island 122 would be really upset.

The Whizzer of Wall Street. ;-)

Next time I see a hipster biking on the sidewalk in New York I’m going to throw a Dusty Rhodes elbow into his face.

Sidewalks for people
Streets for cars
Bikes for China

Take your bikes up to Vermont and choke on some granola. Keep them the hell out of my way

As a rule of thumb, we should reject “NYC-values” no matter how much they are sugar-coated. Can you imagine the type of Supreme Court justice someone with NYC-values would nominate?

Roosevelt Avenue in Queens says it all, but the American people don’t know any of that.