Those members of both political parties allied with the Deep State who have been feathering their nests with Chinese money and channeling Chinese influence are about to be exposed along with their payments and their secret bank accounts.

This will set off a political shock wave.

Here are the weekly deaths from all sources around the world for previous and the present year. Wuhan Flu is not called out seperately. 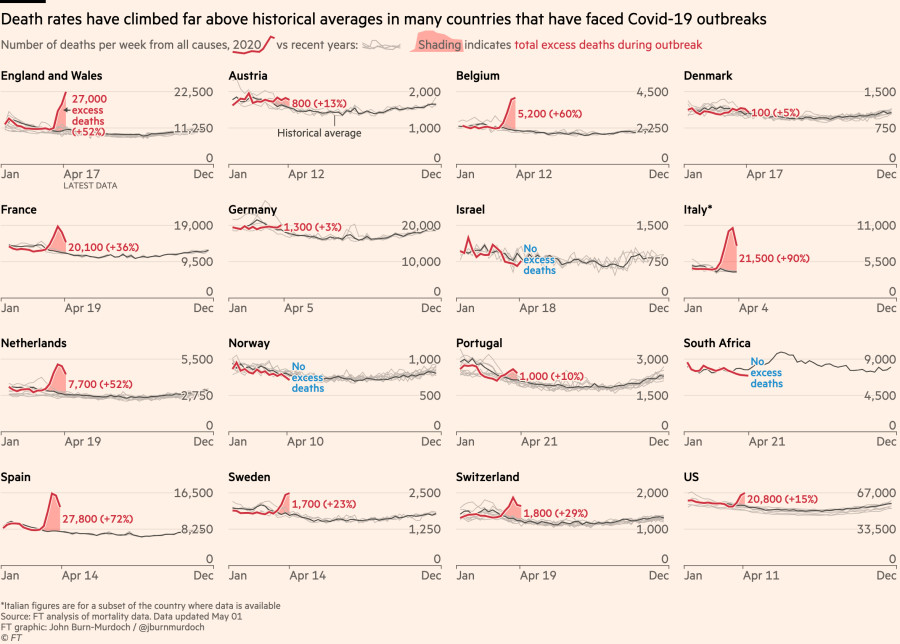 And for some key hotspots 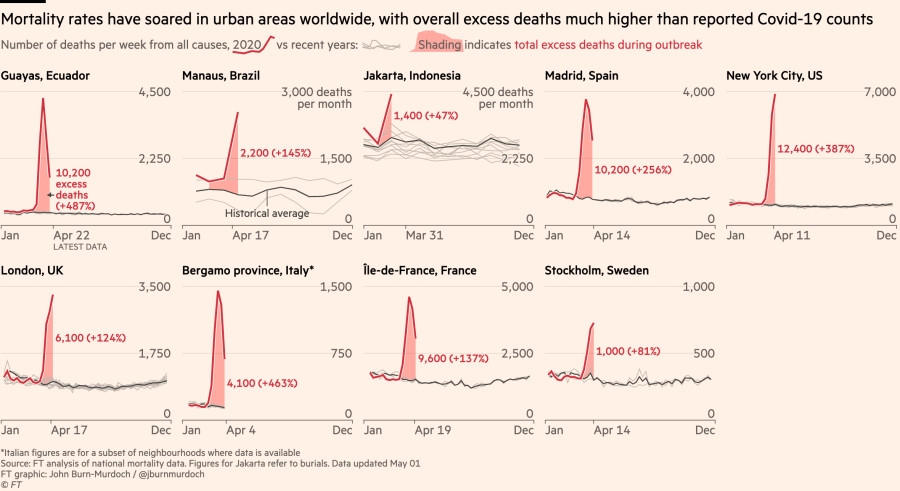 This is just a plot of data on deaths regardless of the cause. There is a sharp increase coincident with the appearance of Wuhan flu above the baseline for each of the past 5 years. One might argue that that does not mean the increase is caused by Wuhan, but you need to argue your own explanation, i.e. too much and wringing because of government hype.

Regardless of the cause, the data is no the same.

So is the BREAK about the break we are on now and things unseen getting done.

It something about to BREAK?

That would explain why Feinstein’s driver was never prosecuted. Or he was a CHI spy and they wanted CHI to think he was a double agent even if he wasn’t. This SPY vs. SPY stuff is unbelievable.


After Obama made the rise of the oceans begin to slow and our planet was beginning to heal.

China made a deal with the Deep State years ago. There are likely genuine Deep State assets in China - Chinese who would gladly betray their own country if called upon to do so. But most in China’s government are committed to China’s imperial ambitions. They view the rest of the world as either an enemy or as a vassal. They knowingly partnered with the Deep State as a means to further their ends. Both sides, Deep State and China are temporary allies whose interests largely coincide at the moment. Both sides believe they are using the other and have the upper hand. Both sides understood that eventually, once their common goals were achieved, there would be confrontation to see which one comes out on top.

So Trump’s initial appeals to Xi to get some level of co-operation regarding North Korea made sense to him. Taking the deep state down a few notches was a move he could support, but he wasn’t in a position to completely abandon the alliance.

Israeli bank Hapoalim has been fined nearly $875 million (CHF849 million) by the United States for hiding $7.6 billion of undeclared assets in Swiss and Israeli accounts. It is one of the largest penalties imposed during the long-running US tax evasion probe into the Swiss banking system.

Hapoalim was also fined an additional $30 million by the US Department of Justice (DoJ) for laundering bribes related to corruption at world football’s governing body FIFA, which is headquarted in Zurich.

In the tax evasion case, Israel’s largest bank, and its Swiss subsidiary, admitted to “not only failing to prevent but actively assisting US customers to set up secret accounts, to shelter assets and income, and to evade taxes,” said US attorney Geoffrey S. Berman of the Southern District of New York

They sound like ignorant globalist shills, jerks, useful idiots more concerned about horned toads than their own family. I wonder how many are joining the movement to destroy all humanity on the planet. About as irrational as one can get.

Given Q’s drop about BIG BOOM WEEK ahead . . . perhaps POTUS TRUMP is finalizing last details at Camp David? or maybe strategizing the fallout from the looming BIG BOOMS?

Interesting. Just saw that Durham investigation may last until Sept, delays due to CV19.

That would mean no real action until after the election. Headfake? Not to the bad guys, they are connected well enough to know what is really going to happen and when.

Lord, God Almighty Yehovah—please insure that such seditionists & traitors fall victim to your truth in your Word about NO WEAPON F ORMED against your anointed will prosper. Let them fall in their own pit they are digging for the President. Let them suffer humiliation, rejection, exposure as the traitors they are. In Yeshua’s priceless Name, Amen.

Microsoft not too long ago issued a 57 billion cash dividend...etc.

Before the election on someone else's timetable.