...In addition, in late December 2016, Department Attorney Bruce Ohr told SSA 1 that he had met with Glenn Simpson (Fusion GPS) and that Simpson had assessed that Person 1 was a RIS (Russian intel) officer who was central in connecting Trump to Russia.” 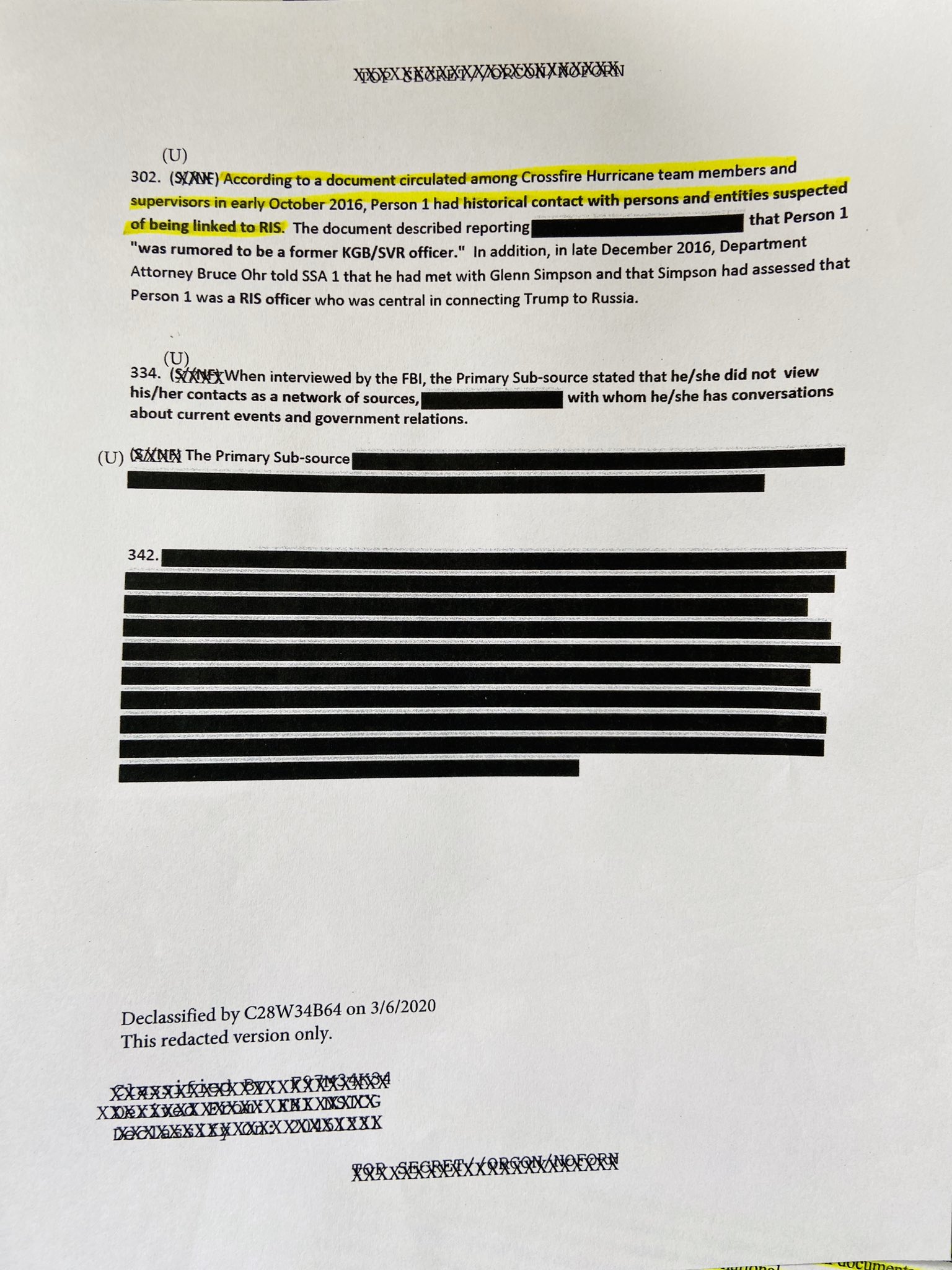 SO ... CONFIRMED: the Deep State "investigation" into Trump & "Russia" was actually the thing being fed false narratives by Russian intelligence. Surprise! Who did Putin prefer in the election?
862 posted on 04/10/2020 1:31:33 PM PDT by Steven W.
[ Post Reply | Private Reply | To 854 | View Replies]
To: TruthWillWin

From an anonymous UPS delivery driver... 5 types of customers since the “rona”:

1) Steve: He has been waiting for this moment his whole life. He has been drinking boilermakers since 10:00 am in his recliner and his AR is within arms reach. He has 6 months provisions in the basement and a bug out bag due west buried in the woods. Steve demands a handshake as I give him his package. He’s sizing me up as I deliver his ammo. Steve will survive this, and he will kill you if he needs to.

2) Brad: He is standing at his window wearing skinny jeans and a Patagonia t-shirt. He is mad because there were no organic tomatoes at Whole Foods today. He points at the ground where he has taped a 6 ft no go zone line from his porch. I leave his case of Fuji water, organic granola bites, and his new “Bernie Bro” hat at the tape. Brad will not survive. Steve will probably eat him.

3) Nancy: She has sprayed everything with Thieves oil. Bought all the Clorox wipes, hand sanitizer, toilet paper, meat, and bread from the local grocery chain. She has quarantined her kids and sprays them with a mixture of thieves, lavender, & mint essential oils daily. She has posted every link known to man about “The Rona” on her social media. She will spray you if you break the 6 ft rule. I will leave her yet another case of toilet paper. She will last longer than Brad, but not Steve.

4) Karen: She has called everybody and read them the latest news on “The Rona”. She asked for the manager at Food Lion, Walmart, Publix, McDonalds, Chi-Fil-A, and Vons all before noon demanding more toilet paper. Karen’s kids are currently faking “The Rona” to avoid her. I’m delivering “Hello kitchen” to her. Karen will not survive longer than Brad.

5) Mary: Is sitting in the swing watching her kids have a water balloon fight in the front yard as she is on her fourth glass of wine. She went to the store and bought 2 cases of pop tarts, 6 boxes of cereal, 8 bags of pizza rolls, And a 6 roll pack of toilet paper. There is a playlist of Bob Marley, Pink Floyd, and Post Malone playing in the background. I’m bringing her second shipment of 15 bottles of wine in 3 days. Mary will survive and marry Steve. Together they will repopulate the earth.

Sure sounds like more than anything to do with the Kung Flu, don't it?

Whatever could our Donald be referring to? 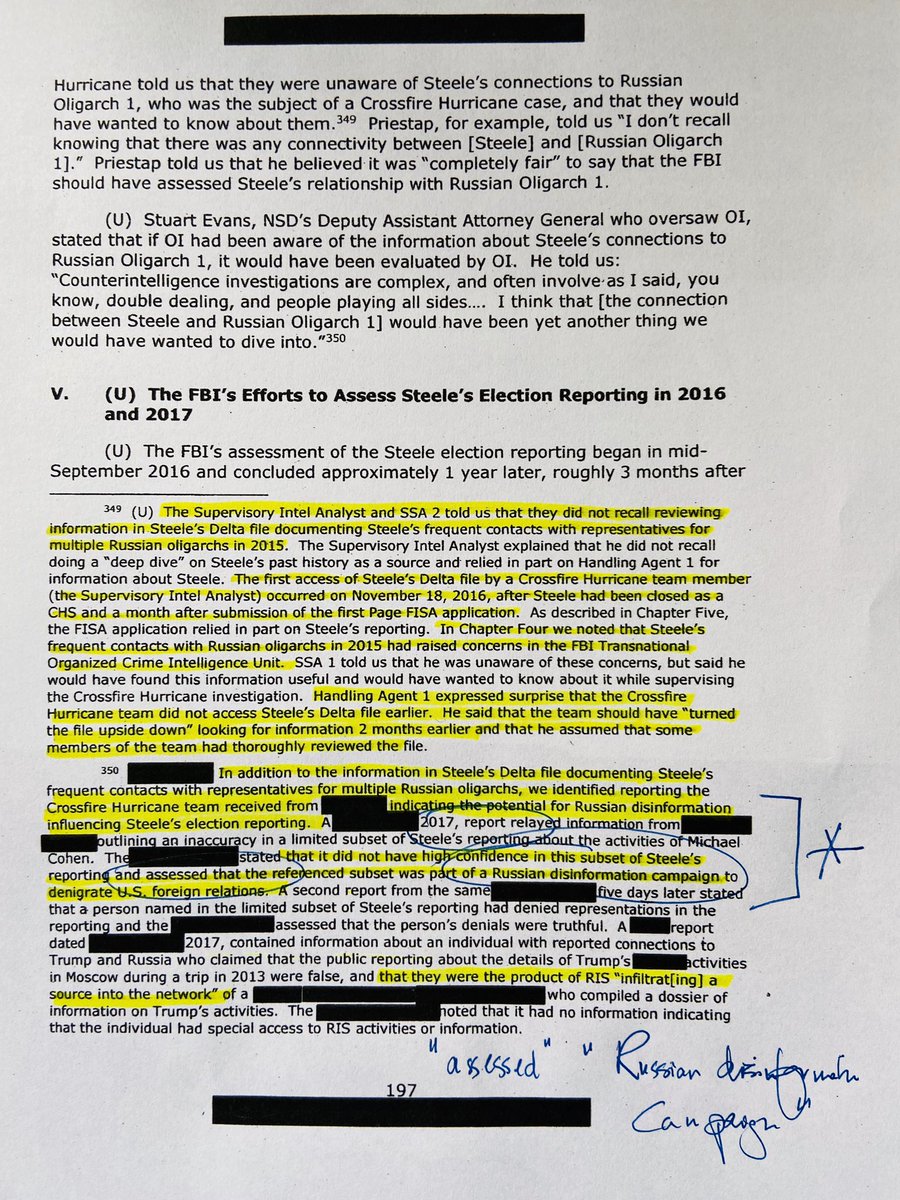 My inner college kid sure seems to think like my 70+ age stuff is some sort of twisted costume I can’t escape out of. LOL.

Did somebody say Bob Marley?

I will fight Steve for Mary, and together WE will repopulate the earth.

Black seed oil (cummin) has also proven effective against this virus & a long list of others.

At about :30 in that video Fauchi looks very uncomfortable. Hmmmm...

Somebody did say Bob Marley? 3 little birds is a good one.

thanx. after former Pres. Obama’s tweet, I was trying to show how long it took him to do things that he’s asking Pres.
Trump to do... and he was dealing with flu, which we already had a history of handling...though not at a pandemic level.

School closings didn’t hurt so much because the outbreak was in April and the closings started at the end of April.
At no time did we close down the country.

What Pres. Trump has gotten people to accomplish in a short period of time is absolutely incredible.

def, bags - I meant to include bags on the “let’s just count to 10” post, but posted before I realized I hadn’t added him...I’m not a mod or anything like that, just someone who wants a better Republic for my kids, wife and everyone else...

look, bottom line is...
- we’ve got an assorted group of characters\patriots here on the Q threads
- I admire and appreciate each and every one of you for your contributions and insights
- I’m amazed at the angles people take based on their backgrounds...ways that I would never think of myself to approach something
- I don’t pretend to know what anyone knows\understands\cares to understand about things dealing with science, theories, etc.
- What does bother me is the characterization of certain things that might seem like science fiction to some are, in reality, proven scientific theories (think Einstein)...heck, they’re even things that Q has mentioned in their drops (present subject about microwaves excluded)
- are we to scoff and ignore them simply because that might not be within our current realm of understanding
- are we supposed to ignore them simply because we don’t understand everything about a particular subject? Of course not. Don’t fear what you don’t know, but have an open mind
- and more importantly, we shouldn’t be hammering each other one way or the other about a particular subject just because we disagree
- I understand passionate collaboration and discussion, but getting nasty with each other is not productive

Bags, I don’t need to tell you how much weight you pull on these threads, but brother, put the freakin stick away when it comes to one of our own, WWG1WGA

I just thought of something: (this is NOT humor)

We can’t leave the Country right now right? We are told to stay home, people that work at Wal Mart has to have a letter from that Company if they get pulled over for being out...

Does that mean that O can’t leave the country, we have him right where Our President wants him (and others) and he knows every minute (???) where they are... the redacted information refers to information received by a member of the Crossfire Hurricane team regarding possible previous attempts by a foreign government to penetrate and research a company or individuals associated with Christopher Steele." 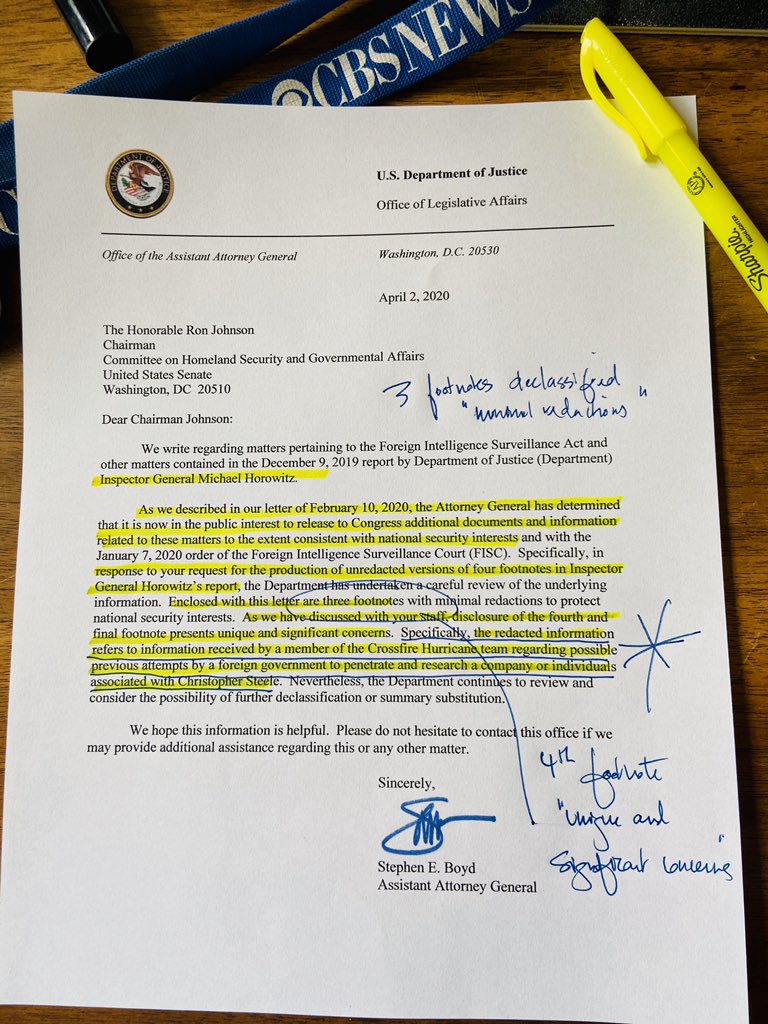 Praying for your mom, John4:11

I took this challenge, Oracle, and came to a surprising realization: These Task Force briefings are President Trump's "Fireside Chats." It's amazing some of the ground he covers!

"This dark period, this horrible dark period where this monster came and worked its horrible, horrible spell over the world."

Back to Q+ ...
"We have a human trafficking problem worldwide the likes of which ... you know you think of it as an ancient thing ... it's not ancient; it's bigger now than ever before ... because of the Internet. We have a big Naval force that's stopping (drugs and human trafficking) ..."

"China has taken advantage of the United States for 30 years" ... (snip)

Lots of talk about China, Mexico W.H.O., W.T.O. etc. ... what an education about the world for the blue-pill people!

"This has been a great military operation."

"This is a brilliant enemy."

"I don't know that I've had a bigger decision." (i.e., opening country)

"There's always going to be a risk."

"I'm going to have to make a decision; and, i only hope to God it's the right decision; but I would say, without question, it's the biggest decision I've ever had to make."

ASIDE from DIS: This is the theme POTUS needs to take! A Commander in Chief has to make life or death decisions, has to make decisions that will cost lives. WE ARE AT WAR.