The magnetic pole is moving so quickly that it has forced the world’s geomagnetism experts into a rare move.

On 15 January, they are set to update the World Magnetic Model, which describes the planet’s magnetic field and underlies all modern navigation, from the systems that steer ships at sea to Google Maps on smartphones.

The most recent version of the model came out in 2015 and was supposed to last until 2020 — but the magnetic field is changing so rapidly that researchers have to fix the model now.

First, that 2016 geomagnetic pulse beneath South America came at the worst possible time, just after the 2015 update to the World Magnetic Model. This meant that the magnetic field had lurched just after the latest update, in ways that planners had not anticipated.

Second, the motion of the north magnetic pole made the problem worse. The pole wanders in unpredictable ways that have fascinated explorers and scientists since James Clark Ross first measured it in 1831 in the Canadian Arctic. In the mid-1990s it picked up speed, from around 15 kilometres per year to around 55 kilometres per year. By 2001, it had entered the Arctic Ocean — where, in 2007, a team including Chulliat landed an aeroplane on the sea ice in an attempt to locate the pole.

In 2018, the pole crossed the International Date Line into the Eastern Hemisphere. It is currently making abeeline for Siberia.

He and Mrs. Claus now operate out of a food truck 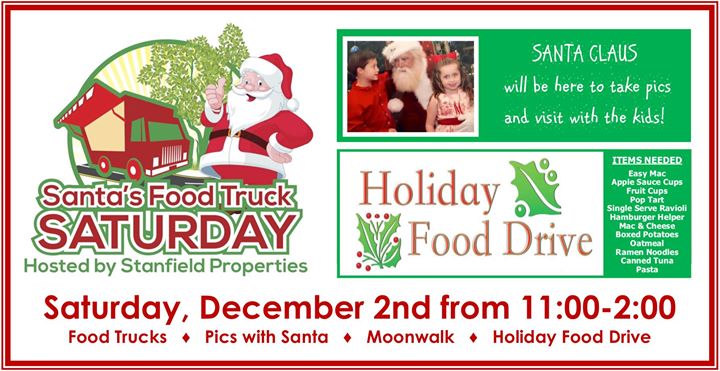 I’m good with it.

“in ways that planners had not anticipated.”

what moves magnetic fields except a larger magnet or material more inductive to their waves acting as an inductor..

one reason...Let’s hope it is God approaching

oh yea speed of the conductor and angle of incidence..same applies 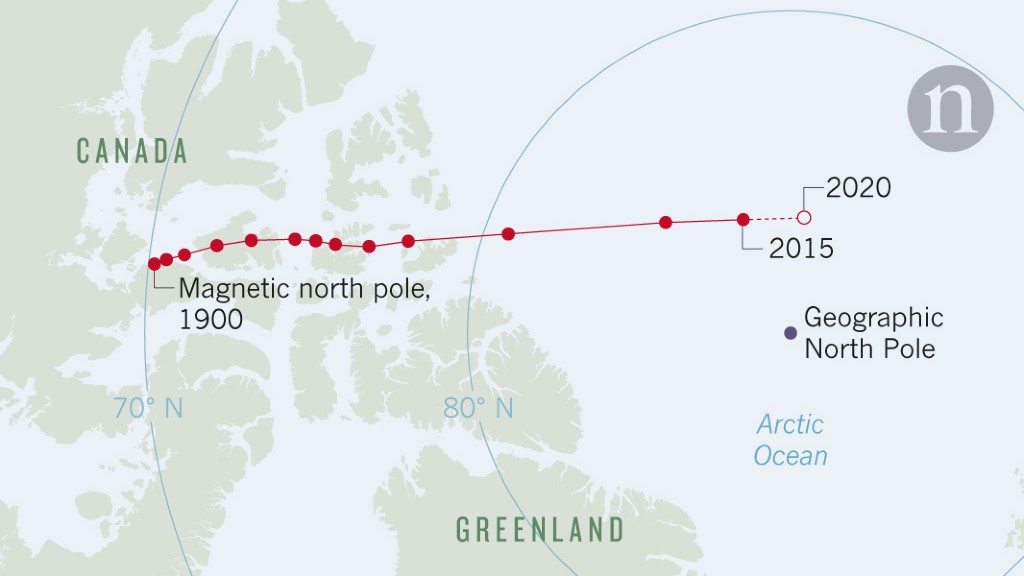 They say the Magnetic Pole is heading for Siberia. I predict that it will turn around at some point and head for the Geographic Pole.

it says it's a sanitized and unclassified copy. Makes me wonder what was in there that was objectionable.

I appears to all be there from what I read. I think by saying it has been sanitized means that they just reviewed it and allowed it to fly as is and good to go with an approval stamp.

But something you NEVER do is download files like PDF’s from a government site, just going there and reading is risky enough, let alone purposely downloading files and what might be included and hidden in these files.

Better to search around and find a source for it that is not linked to a government site.

I learned the hard way many years ago...

Somebody is in control of this planet, and it ain’t us.

109 posted on 01/11/2019 8:20:11 AM PST by Buckeye McFrog
[ Post Reply | Private Reply | To 1 | View Replies]
To: Openurmind
But something you NEVER do is download files like PDF’s from a government site, just going there and reading is risky enough, let alone purposely downloading files and what might be included and hidden in these files.

Man I already did it. I hope I'm not being lumped in with some criminal mastermind who's master plan is to cause a global cataclysm by having a plan to make the crust slip.

Seriously... They can’t even keep their own machines clean of cooties let alone what they attach to stuff.

“Very goo! I wonder how many are going to point you spell check.”

Not me. But I will suggest going into the bilge of a WWII ship and stand next to the degaussing coils.

113 posted on 01/11/2019 9:17:33 AM PST by JimRed ( TERM LIMITS, NOW! Build the Wall Faster! TRUTH is the new HATE SPEECH.)
[ Post Reply | Private Reply | To 1 | View Replies]
To: BenLurkin
Where the magnetic north pole is located and the non- perfections in the local magnetic field are citical to long distance navigation accuracy. Think on transocean ships and boats and aircraft. The big dogs of transportation have onboard gyroscopes plus gps to replace routine use of a magnetic compass. The small dogs use GPS only. A failure of GPS and the gyro leaves all with the magnetic compass for navigation. The inability to accurately correct magnetic north to true north will literally lead to loss of property and lives. Updating the database described to adequate accuracy rates as a big deal.
114 posted on 01/11/2019 12:04:32 PM PST by Hootowl99
[ Post Reply | Private Reply | To 2 | View Replies]
To: Chode

HAB was the swapping of rotational poles, IIRC... This is the movement of the magnetic poles due to changes in circulation patterns in the deep mantle.

somebody took seriously... wonder how much more investigation was done and what they dint put up?

That document is pretty interesting. It puts up a cause that I didn't really digest before..that the mantle is usually relatively plastic and not flexible but periodically there are disturbances, or a explosion that causes the molten layer to become more viscous and then crustal displacement happens.

Kind of reminds me of liquidation in wet soil during an earthquake.

Did you read that yet? Fantastic references and citations.

the way i understand it, the pole is wandering because of magma displacement or rotational slip which was prelude to the poles shifting to the equator along with the heavy ice at the poles centrifugal(?) action