My brother's wife wanted to know the history behind the southern tradition of the New Year's Day meal, and that started a search.
I thought I'd share it with you.

First, let me show you What hog jowl is, is, by J.A. Bolton Storyteller

I hope your family will be enjoying the traditional meal of collards, black-eyed peas, hog jowl and cornbread for New Year’s Day.
I thought in today’s column I would try to explain some of the folklore and customs behind the delicious meal we observe here in the south on New Year’s.

I probably need to explain what a hog jowl is.
Some of our Yankee friends have never heard of this cut of pork.
It’s the cheek of the hog.
It tastes and cooks similar to thick cut bacon.
It’s a tough cut that is typically smoked and cured.
Hog jowl is used to season beans and peas or fried like bacon.

Hogs and pigs have long been a symbol of wealth and gluttony.
It’s why we say “someone is being a pig” when they take more than their share.
Some people believe that

the more pork you eat for New Year’s,

the better your luck will be in the coming year.


So WHY hog jowl?

The short answer is that we eat cured pork because it’s winter time.

Hog jowl is a cured meat which stores well over long periods and it’s always been cheap.
Plus it goes well with black-eyed peas and collard greens.

Most southerners will tell you that the humble black-eye dates back to the Civil War.

When General Sherman’s Union troops came through, it was said that

what they couldn’t use they burnt.

Lucky for the south the Union Army didn’t know much about the black-eye peas,

and that’s what southern people lived off of for the winter.

Peas became a symbol of coppers or pennies.
My folks said that for every pea you ate, it would bring you a penny.
Folks say you should eat exactly 365 peas on New Year’s

if’n you want enough to make it through the coming year.

If you ate more it would mean

you would lose one for as many days.

I reckon it all goes back to making a pig of yourself.

Want to get rich this year?
Here in the south, collard greens and cornbread bring in the big bucks.Collards are a late crop and are mostly grown here in the south.
Heard the saying “boil them cabbage down” ?
The same goes for collards since it’s part of the cabbage family.
The traditional way to cook collards

is to strip the leaves from the stem of the collard leaves,
wash several times,
cut up and place them in a big pot with bits of hog jowl or a ham hock.
When tender, remove from the pot and drain off the pot licker.

I’ll tell you more about the pot licker in another story.

For the best cornbread,

use a cup of self rising cornmeal,
half cup of flour,
a pinch of sugar and salt,
one egg,
half cup of milk nd a handful of pork cracklins.

Mix all the ingredients together.
Grease an old cast iron frying pan and place it in an oven at 400 degrees.
Cook for about 20 minutes but turn over after 10 minutes.
It should come out golden brown on both sides.

I know the doctor is going to say that eating this way will run up your blood pressure and cholesterol numbers, but what the heck.
You need to start off enjoying the New Year.
Don’t forget that

pork is for luck,

and cornbread for gold.


Hope you have a happy and prosperous new year This is not culinary masterpiece. Having it once a year will be fine for most.
But, it’s tradition, fun to do, and it's for good luck. It can't hurt.
I served mine with some picked onions I made a year or so back.

I find hog howl in a whole piece.
But, I have read on other blogs where they have found it pre-sliced.
I have never found it that way.
If you slightly freeze your hog jowl, it will make slicing it a little easier – about 20 minutes in your freezer.
You will get a good amount of fat renderings from the hog jowl and if you fry it too hot a lot of smoke.


Here's the Southern Style Collard Greens
But I disagree with their cooking time for good greens, because 45 minutes is just too short, and I recommend about 2 and one half to three hours cooking time, with a little splash of apple vinegar.
Click on the link to get it,
and if the greens taste too strong, just dump the water, rinse them, and add new water and cook a little longer.

You can find Southern-Style Cornbread here.

And you can get some stone ground whole corn meal here or here at Kymulga Grist Mill.

American by birth. Southern by the grace of God.

We forego the hog jowl and have fried cabbage as our *greens*.

In SC they eat Hoppin John

Mrs. Hugin is Russian/Polish descent, so the lucky meal is kielbasa, sauerkraut and dumplings every New Year.

That’s what Mrs. 2ndDivisionVet made.

I’d put it in the garbage!

Mother used to always cook black eyed peas and hog jowls for new years day. She almost never cooked collard greens because I didn’t like them. If one member of her family didn’t like something she would very seldom cook it.

She did cook mustard greens and turnip greens. Also what she called corn bread but everyone else calls corn pone. She also cooked an unusually good “hoe cake”.

Mother cooked Southern because that is the way her Mother cooked. She use a lot of grease but only a fraction of what my paternal grandmother used. Grandmother’s greens would be swimming in grease.

My brother said the reason Mother’s vegetables were so good was she used grease but not a lot.

HNY! I’m a northerner but just bought a bag of Martha White he other day. Cracklins, now yer talkin!

Why eat it? Because its GOOD! 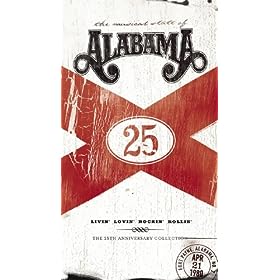 If It Ain't Dixie (It Won't Do) Lyrics

Oh, I love those Colorado Rockies

And that big starry Montana sky

And the lights of San Francisco

On a California night


Enjoyed those ballgames in Chicago

On those windy afternoons

It's a big beautiful country

But I'm never home too soon

If it ain't Dixie

North of the line

I've got a lot

of good friends too

But if it ain't Dixie,


When the leaves turn in New England

I love the chill that's in the air

Had a big time in Times Square


But now my wheels, they're rollin' southward

That's what I look forward to


If it ain't Dixie

North of the line

Got a lot of good friends too

If it ain't Dixie,


Now my wheels are rollin' southward

That's what I look forward to

If it ain't Dixie,

Had some black eyed peas today,, traditions as far back as I can remember. Didn’t know about the civil war story though.