My comments and threads are scheduled to be deleted when I am zotted in a few days. I asked for the threads to remain so material is not lost but there is not the software to do that.

If you have posted content to any of my threads that you would like to keep, please save it within the next few days so it is not lost.

I have no opinion on this topic,none——but if you are so unhappy why on earth don’t you just logoff and avoid FR?

That seems sensible to me.

Actually, I am sorry to hear this. Your posts are sometimes controversial. Usually, cordial. And lastly, out of this world.

I will miss it.

My best to you.

Strange as they can be sometimes, I enjoy her posts.

Theonly time posts are deleted is when an entire thread is deleted. Other than that, all of your responses—which qualify as public utterances—become the property of the web site on which they're posted, and are not "yours" under copyright law. Furthermore, you have no right to demand that they be deleted.

The number of moderators here on FR is extremely small as far aw I'm aware, and I seriously doubt that any of them are acting against the wishes of JimRob or the intent of the existence of this web site.

However, if you believe any moderator is doing such a thing, a few citations would suffice to help Jim in identifying such a nefarious character.

As for Fogbow, and any falsehoods uttered by its members, I haven't the faintest idea of what you're referring to, and I'd venture to say that nobody else in this community does either.

Does FR really want to have an anti-conservative, Deep State mole as a moderator?

I'm sure FR doesn't, and I'm equally sure that JimRob is fully capable of conducting an audit of his moderator membership to determine whether any such thing has ever occurred.

If I'm not mistaken, JimRob and perhaps his family conduct the overwhelming majority of moderation duties on this forum, so, again, I'm highly skeptical that anything even remotely resembling a "mole" moderator in fact exists.

It is against FR policy to launch vicious personal attacks, and such posts are usually deleted when brought to the attention of a moderator.

To reiterate: if you believe there are some moderators who aren't performing their jobs properly, or indeed are doing so with malicious intent, then—by all means—please provide evidence to support the claim, because evidence can then be acted upon. What can't be acted on is ambiguous, general assertions that aren't supported by any specific evidence.

It's obvious to me that you're taking things far too seriously—and, indeed, you may very well be engaged in a wild goose chase if you thing that someone bragging on Fogbow is also a "mole" moderator on FR. If there's any truth to such claims, I'm positive that Jim will get to the bottom of them.

My advice, once again, is to forget the past for the moment, try to collect actionable evidence moving forward, and don't give undue credence to outlandish—and apparently unfounded—claims made on Fogbow or anywhere else.

If my posts are crap they should be deleted.

Looking back through your posting history, I don't see much that qualifies as "crap". It's actually quite a sparse history, unless much of your postings were contained in threads which have been deleted. Just take a deep breath, start over, and stop demanding to be zotted.

If you truly wish to not participate in this community any longer, then simply ceasing to respond to any threads, and ceasing to post any new threads, will accomplish exactly the same goal. And it will give you the extra option of joining in the discussion once again at some point in the future, after all of this current turmoil is seen for the "water under the bridge" that it truly is...

Do you now or have you ever owned a beet farm near Scranton Pennsylvania ?

Blood work only shows poisoning that you know about within hours. Non-chelation urine tests only poisoning you know within days, or environmental poisoning.

The Deep State is PERFECTLY safe doing any clandestine poisoning they want to (as opposed to the poisoning intended to send a message, like the acute arsenic poisoning on the lab worker at the LA County Morgue right before Andrew Breitbart’s autopsy results were due to come out...but they were safe on that too, because the MD - note the MD - claimed he had “only” suffered a perforated bowel, a fatal condition, before letting him go...and the LAPD which could easily have found the source by checking what he had eaten a half-hour before symptoms appeared strangely never did that...), since the only test that would show poisoning is the chelation test, which the traditional medical community won’t do, unless they already have blood tests showing that the poisoning was extremely recent.

The test itself is a medically-recognized test and the standard is that if the post-test shows more than 6 times the heavy metal that was in the pre-test, the heavy metal is being pulled from the body tissues - a point at which Mayo’s toxicology dept says there will be brain damage. My husband’s post-test level for lead was 23 times his pre-test level. No urine test ever showed environmental levels of lead; this exposure was not from environmental exposure. My then-15-year-old daughter also had toxic levels of lead.

I wasn’t supposed to realize that my family was poisoned. I was supposed to be too afraid of being accused of “nuttery” to get it checked. (That’s what the trolls on these kinds of threads are supposed to contribute to the cause). Too bad for them. A former SEAL here mentioned the black ops poisons and the evidence that was never supposed to show up suddenly showed up.

I note your use of the “No True Scotsman” logical fallacy.

All I want is to have my account and posts gone from here. I am sick of people like you and sick of the dynamics of this place. My account is being kept here against my will.

167 posted on 01/28/2018 5:57:32 PM PST by butterdezillion
[ Post Reply | Private Reply | To 158 | View Replies]
To: butterdezillion
The moment I ban you and delete your posts I become part of the conspiracy to silence you and cover-up the Obama fake birth certificate/Fuddy frogman murder case.

Looks like your ZOT-to-martyrdom plan has been foiled. Got a backup plan?

That’s why I always try to stop at around one quart.

Unless it’s Valpo Velvet with the big chunks of black cherries.

Well you can disengage at any time, which is what most do when they need a break. Then come back in when you’re up to it. Just saying....

“I am only here because I can’t get Jim to zot me.

Someone is looking for a badge to wear.

Could be worse. The PTB in government conspiracy could have held you against your will in a Chinese fortune cookie factory.

What do they call that badge?

But you do know your posts are archived?

In this case, a martyr’s badge.

175 posted on 01/28/2018 6:16:21 PM PST by ButThreeLeftsDo (MAGA!!!)
[ Post Reply | Private Reply | To 173 | View Replies]
To: butterdezillion
My husband’s post-test level for lead was 23 times his pre-test level. No urine test ever showed environmental levels of lead; this exposure was not from environmental exposure. My then-15-year-old daughter also had toxic levels of lead. 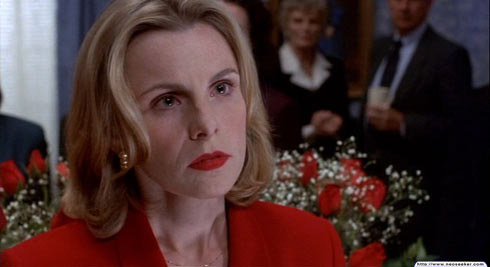 .
Nobody is going to spend the time to delete your posts.

You are holding me against my will. There is no way you can be part of a coverup by banning me after I’ve clearly requested it.

Sort of akin to hanging one’s self upon a lovers cross.