Attorney Taitz filed a NOTICE OF MOTION AND MOTION to Expedite authentication, MOTION for Issuance of Letters Rogatory for authenticity of Kenyan birth certificate filed by Plaintiff Alan Keyes PhD.

http://www.orlytaitzesq.com/blog1/ (site has been the target of hackers, proceed with caution — John)

This is just further evidence that Jakarta street kid was born in Kenya when it suited his supporters to bolster his street cred per being a black man. When he was pushed to run for the Presidency then being “born in Kenya” was no longer desirable.

What an uproar would result when it becomes known that all his school records prior to 1988 say Barry Soetoro, citizens of Indonesia!

Most likely, it’s a forgery concocted by his publicist to establish his bona fides as an author. That isn’t to say that he wasn’t born in Kenya or Canada, but had he given them the real certificate, he couldn’t have claimed it was a forgery later when it suited him, as he’s about to do.

many thanks for the ping alert to this info!

Many thanks for finding and posting this!

Also, it means that the other forged documents (birth, soc sec, selective service) were created much much later than around the time of the events themselves.

And that the latest occurrence (thus far found) of the “born in Kenya” meme is April ‘07.

During the Presidential campaign time.

11,785 posted on 06/10/2014 4:12:36 AM PDT by Las Vegas Dave (The democRATic party preys on the ignorant..!)
[ Post Reply | Private Reply | To 11773 | View Replies]
To: LucyT; Eleutheria5; Brown Deer; doug from upland
Irey also speculated that the certificate was “remade” because the country of birth was Kenya in the original “real” certificate. — In other words, a forged form was created to replace the original Certificate of Registration.

Thanks. Looks as though the birthdate of Aug 4 1961 is as bogus as the birthplace. Thank you for posting this data. The liar-in-chief is so totally a dead soul that lying is the only thing he can do in life. A drug-addled lying degenerate is the champion of the democrat party. How quaint.

That video has gone down the memory hole.

Thanks for the ping, LT.

With him it's all taqiyya, all the time. 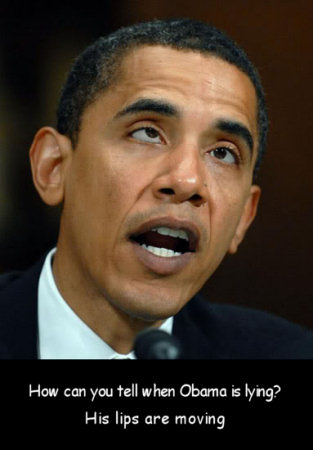 It’s very obvious both “USA” are different than the other notations. The only thing about him that isn’t fake is his choom. And Congress still does nothing but sits on their thumbs. Only a handful so much as blinked at the in your face Bergdahl/taliban fiasco. What Difference Does It Make Now?

He isn’t black. Two years ago he referred to himself as a “Jakarta street kid”.

Lolo Soetoro adopted six Jakarta street kids in the early 60s BEFORE he went to Hawaii, met and married SADO then adopted her small son.

In my professional business experience, within the space of one week, I was involved with a couple of small articles that were to (and later did) appear in the Wall Street Journal involving my 70-person, about-to-be-acquired company. There must have been five lawyers and ten others involved in reviewing the accuracy of every last word of that inconsequential (vis-à-vis the grand scheme) column inch and a half story.

It was aggressively solicited from all those involved in vetting the story to bring forth any potential flaw, untoward nuance or subtlety of all the facts, implications and things suggested by the words we were considering. As CEO of one of the companies, my every thought and eyebrow movement relative the wording was considered and scrutinized by the legal team. I'm sure it was a "literary" effort that cost the companies "literally" involved over well over ten thousand dollars twenty years ago!

I refuse to believe (and I think no one else should believe) that a bio summary of a potentially leading presidential candidate, who has already given a well-received keynote address at the Democrat National Convention--not too shabby in the grand scheme of things--didn't get scrutinized by at least as well and probably far more.

Thanks js and lvd.

11,797 posted on 06/10/2014 3:59:43 PM PDT by SunkenCiv (https://secure.freerepublic.com/donate/)
[ Post Reply | Private Reply | To 11779 | View Replies]
To: justiceseeker93
So in layman's terms ?
He used a legit US address of a firm of his literary agent to show that he was a US resident ? am I getting this correct ?
I would not doubt it that he used their address to file other forms and file for social security.

Friends, Yesterday … the 11th of Sept. 2014 … I was before a judge in the Brooklyn Supreme Court … who had agreed to accept into evidence my proof of forgery of the Obama 1961 long form birth certificate plus identification of the forger herself and the forgery of Obama’s copyright form for his first book in 1995.

The problem was that an assistant NY state attorney general … that was supposed to be my opposition at this hearing … failed to show up.

So we were given another date that will be after the upcoming national elections. New York is a Democrat state and apparently did not want to hurt their chances of getting votes.

I will be returning to the NY court … and this time all the party’s must attend.

I will attach half of the pages [Editor's note: Will try to upload copies later] they have at the court so far. The other half involve proof of who the forger of Obama’s bc was … including proof of her involvement in the forgery of her own bc and the forgery of the US copyright form for Barack Obama’s book … Dreams From My Father … where I believe that the “Citizen of Kenya” part on that form was changed to “Citizen of USA” … that being the purpose of the forgery. I have a certified copy of this form that Orly Taitz provided … that actually was copied from a fax at the Copyright office. ... 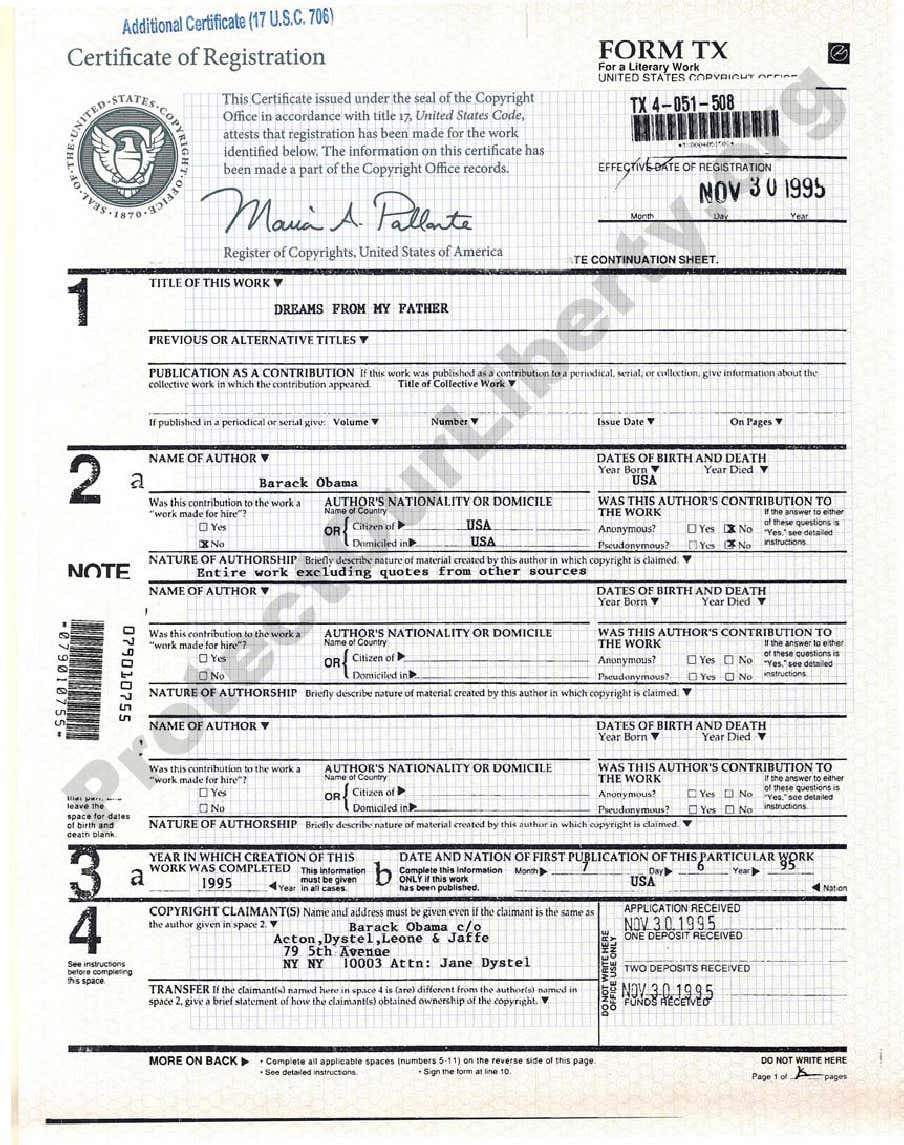 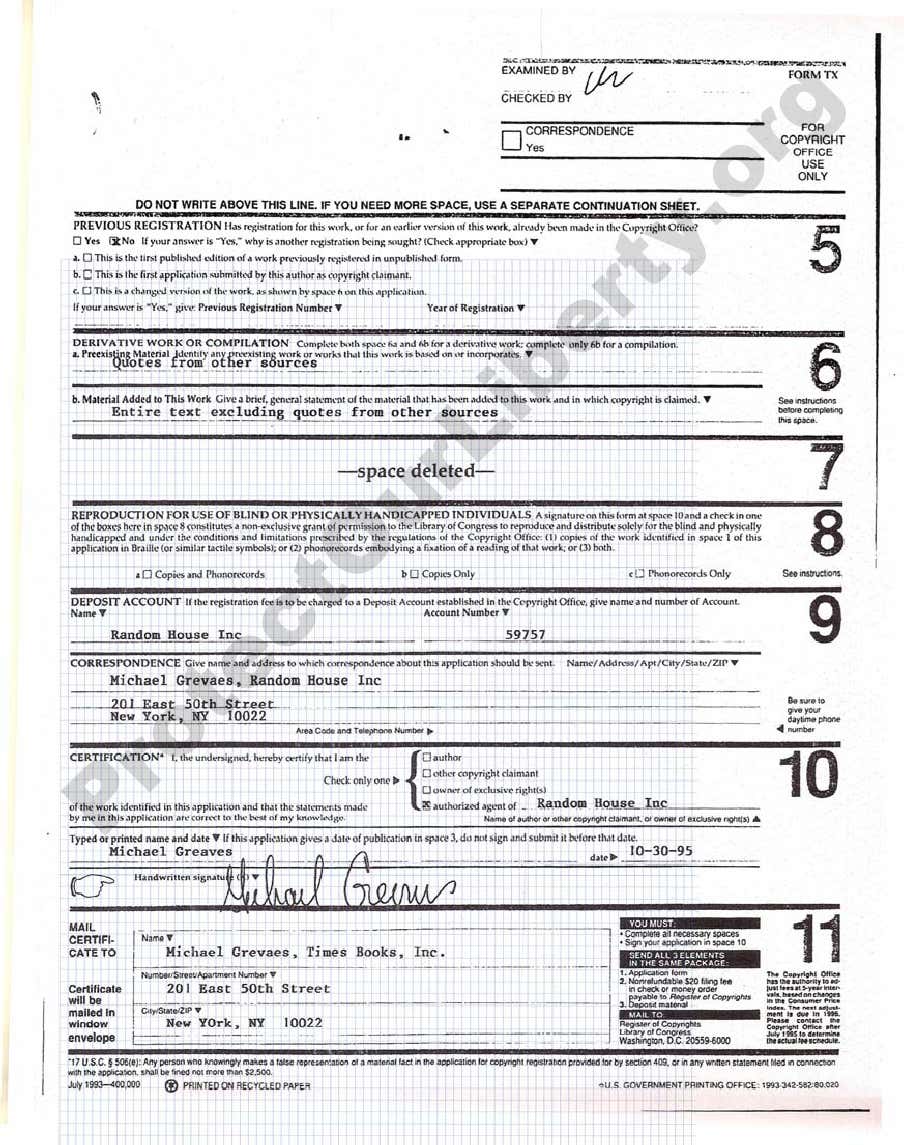 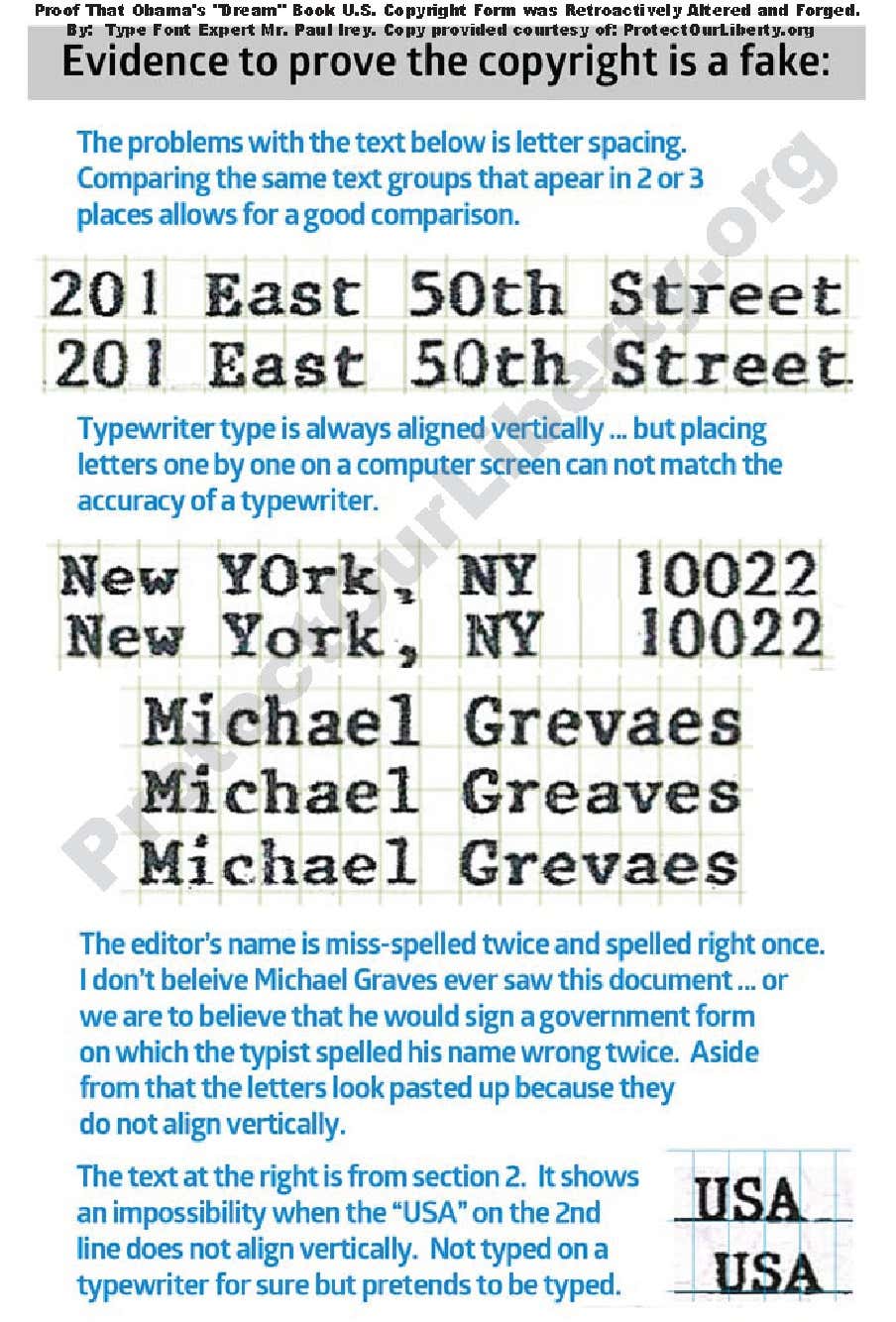 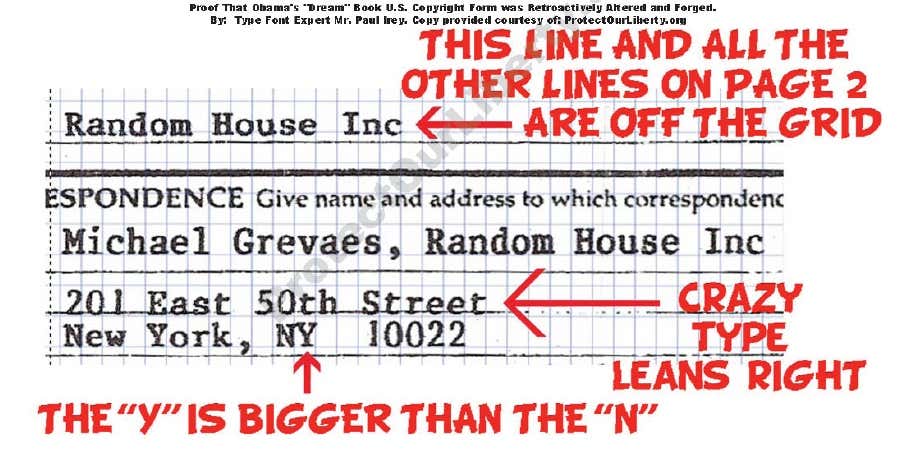 Apparently, the document(s) have been accepted into evidence in NY.