For over 20 years, I have illustrated the absurd with absurdity, three hours a day, five days a week. In this instance, I chose the wrong words in my analogy of the situation. I did not mean a personal attack on Ms. Fluke.

I think it is absolutely absurd that during these very serious political times, we are discussing personal sexual recreational activities before members of Congress. I personally do not agree that American citizens should pay for these social activities. What happened to personal responsibility and accountability? Where do we draw the line? If this is accepted as the norm, what will follow? Will we be debating if taxpayers should pay for new sneakers for all students that are interested in running to keep fit?In my monologue, I posited that it is not our business whatsoever to know what is going on in anyone's bedroom nor do I think it is a topic that should reach a Presidential level.

My choice of words was not the best, and in the attempt to be humorous, I created a national stir. I sincerely apologize to Ms. Fluke for the insulting word choices.

“All evil needs to prevail is for good men to do nothing. sat on our asses and did nothing. No wonder the left is winning. :(”

George Orwell made a living writing books about this.

261 posted on 03/03/2012 3:54:49 PM PST by tcrlaf (Election 2012: THE RAPTURE OF THE DEMOCRATS)
[ Post Reply | Private Reply | To 14 | View Replies]
To: robrose68
Yeah, and only a micro-percentage of women need this for health reasons. This whole affair was a set up from the time Sebelius decided to act like Wesley Mouch and issue directives with the force of law against the Catholic Church. Andrew Brietbart would have handle this issue and the MSM perfectly and is probably the only one who knew how to do so. 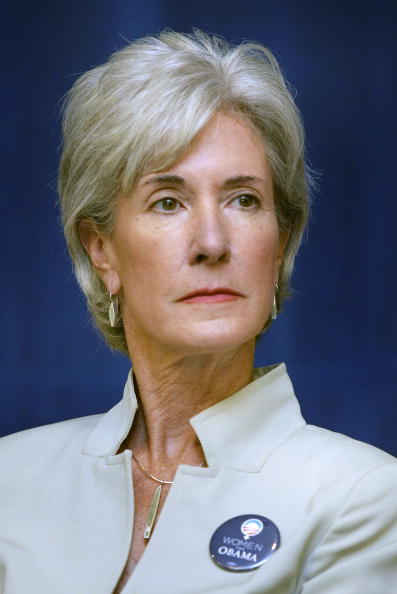 Then you don't know the first damn thing about media relations.....

“Not to throw water on

Did anyone who has called her a slut actually listen to or read her testimony. She mostly spoke of the use of contraceptives for medical conditions and nerver once discussed her own sexualty. “

Not to throw water on her ridiculous comment about using contraception for other than birth control BUT as a pharmacy owner, exactly what are those reasons?! I think I have heard pretty much all of them (mostly lies)!

None are better excuses than MOMMIES trying to keep dear daughter from getting pregnant without DADDY knowing it. Acne - check, headaches - check, Endometriosis (doctor said not true) - check, etc. etc. etc....they get more ridiculous the more desperate they are to get them.

And I can’t count the number of dear daughters who get the pills only to end up pregnant before they graduate high school. Then the divorces proceed because daddy wasn’t told. Oh, and some MOMMIES aren’t exactly role models either. They can’t continue to hide those boyfriends of theirs for ever.

The stories I could tell....

I could write a freaking book and people would think it was fiction.

I guess Bill Maher is more equal than Rush. All I can say is
what a let down. Did Rush have to put his balls up for
collateral for that talent loan from god? I’m sure that there
are a thousand excuses for this gross display of weakness but
none will compare to the humiliation of his fans at the hands
of Bill Maher and Chris Mathews.
On the other hand. It may be in the works to kick Rush off
the air anyway and they are just fishing for an excuse. It
would be better to make it look like it was his fault.
Ted and Rush. What a week. I’m going fishing and tonight
in the name of Man Made Global Warming I’m going to burn a
tire in the camp fire.

I have no problem with him offering an apology. Lets see if she has the good manners to accept it.

An apology will only minimize Rush. We’re screwed. The Bible stated what was to become and we thought we could fight it, as for it not to happen.

But here it is folks. God Speed & Willing to the Righteous amongst us.

May God Bless each and every one of our God willing Patriots to fight and WIN amongst the evil, that is constantly thrust into our faces.

I love Rush. And will remain a loyal fan.

But the blunt truth is, when it comes to discussing women in politics, it is for him a field filled with land mines. In the twenty years I've listened, it always has been.

I'm repeating myself, but I listened to the second day when he was talking about this gal. He detailed her hidden agenda and called her the anti-Catholic bigot she is...he had exposed her as a fraud and had completely turned the narrative around so it was about the phony parade of victims the Dems always trot out. It was classic Rush.

And in the final seconds, he said she should videotape herself having sex and put it online for all of us to watch.

In my mind I pictured a commode filled with his entire well articulated hour being flushed away. In a few seconds, Rush, with his own words, transformed this fraudulent feminist activist into a bullied victim. He did it. No one else.

And Hannity and Levin devoted almost their entire shows to defending Rush instead of piling on the Dems for parading another phony victim.

Just this afternoon the BBC interviewed this “teen-aged voiced student” and treated her like a rape victim. It was deplorable.

Rush won the argument on merits and gave it away on style. This is politics and he should know better. Being right is not enough...you have to be able to get people to listen to you.

“So why didn’t he ask for OUR support? This turd can not be polished....”

Maybe not, but that is who he is. I remember the early days. As he was building up his audience, all he mentioned was the number of radio stations that carried him. He simply care about his audience size (probably because he figured that would follow), but the locals were EVERYTHING to him. When there was an attempt to silence him - in North Florida, he went out there and ended that problem.

We may feel let down - but Rush is as loyal as I’ve ever seen anyone - and if his locals were starting to feel the heat, he had to yield. As for us - we can take it or leave it. Rush will still not be compromised, but he will not let his locals go down, particularly over something that is relatively trivial.

Conservatives will be there as usual, but the Libtards will be hanging on every syllable coming out of the El Rushbo’s mouth hoping to either hear him grovel or hoping he will say something that proves his “apology” was not sincere.

When you are a Conservative, there is no forgiveness for offending the sensibilities of the Ignorant.

Rush is no fool. The apology was fine after I read it again and thought about it.

I wish he would have said, “I’m sorry you’re a slut.” but it’s okay and I, for one, look forward to his show on Monday.

Kit Cat....be realistic...Rush and others are operating on a different plain then the rest of us. They murder each other if attacking the purse doesn’t work, and they get away with it.

If your family was threatened by those far more powerful then you, and many people relied on you what would you do.????

So get real they don’t say politics is nasty business for nothing....Obama IS the president and when he says jump there are those who will do so for anything he might ask....or else.

Must be very desperate “boyfriends” who experience the morning coyote ugly with her....

Get on board; jump in.

The "Men's Movement" is aboard the Fluke-types.

Oh, “What-a-Rush” Limbaugh, now that you made your millions exploiting real conservatives, maybe you should go back to your Oxycontin, you fat overpaid druggie. FURL!!

If she were my daughter I would slap her.