VATICAN CITY (ChurchMilitant.com) - Pope Francis' support for homosexual civil unions is dividing American clerics, leading one to conclude the comments are a dog whistle to influence support for Biden. 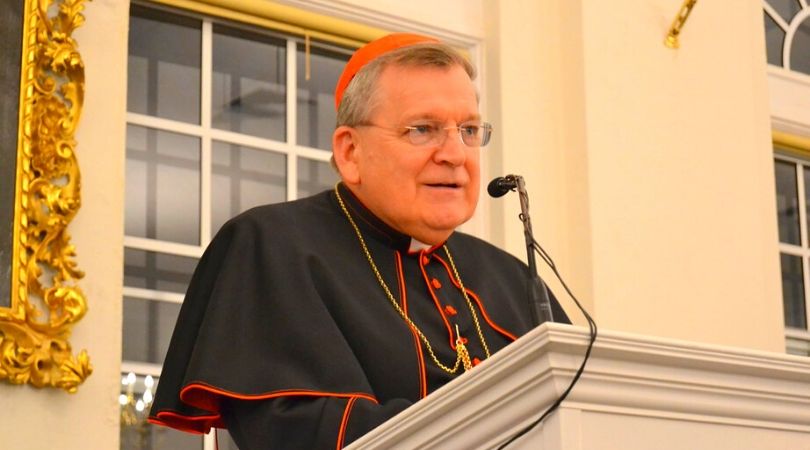 "Nobody should be thrown out or be made miserable over it," he added, repeating a position he has held since before becoming pope. "What we have to create is a civil union law. That way they are legally covered. I stood up for that."

Some clerics are dissenting from the pope's personal opinions that contradict Church teaching, while others are defending them — and one sees the timing of the comments as a clandestine call for American Catholics to vote for presidential hopeful Joe Biden.

The former head of the Vatican's highest court, Cdl. Raymond Burke, published a statement of dissent and clarification on Thursday, saying "the context and the occasion of such declarations make them devoid of any magisterial weight."

But the pope's statements on the topic, says Cdl. Burke:

They cause wonderment and error regarding the Church's teaching among people of goodwill, who sincerely wish to know what the Catholic Church teaches. They impose upon pastors of souls the duty of conscience to make fitting and necessary clarifications.

The cardinal began by clarifying the Church's teaching from the Catechism and a document from the Sacred Congregation for the Doctrine of the Faith (SCDF):

Catechism 2357: "Basing itself on Sacred Scripture, which presents homosexual acts as acts of grave depravity, Tradition has always declared that "homosexual acts are intrinsically disordered."

SCDF's Persona Humana: Declaration on Certain Questions Concerning Sexual Ethics, no. VIII[1]), inasmuch as they are contrary to the natural law, closed to the gift of life and void of a true affective and sexual complementarity. Therefore, they cannot be approved.

Cardinal Burke went on to instruct that the "faithful — and in particular, Catholic — politicians, are held to oppose the legal recognition of homosexual unions."

"The right to form a family is not a private right to vindicate but must correspond to the plan of the Creator Who has willed the human being in sexual difference, 'male and female He created them' (Genesis 1:27)," he continued, "thus calling man, male and female, to the transmission of life."

Faithful — and in particular, Catholic — politicians are held to oppose the legal recognition of homosexual unions.Tweet

The cardinal lamented that the statements "attributed to Pope Francis do not correspond to the constant teaching of the Church."

"Equally sad and concerning is the turmoil, confusion and error they cause among the Catholic faithful," he added, "as is the scandal they cause, in general, by giving the totally false impression that the Catholic Church has had a change of course, that is, has changed its perennial teaching regarding such fundamental and critical questions."

Bishop Thomas Tobin of Rhode Island said in a statement Wednesday that the "Holy Father's apparent support for the recognition of civil unions for same-sex couples needs to be clarified."

"The pope's statement clearly contradicts what has been the long-standing teaching of the Church about same-sex unions," he explained. "The Church cannot support the acceptance of objectively immoral relationships. Individuals with same-sex attraction are beloved children of God and must have their personal human rights and civil rights recognized and protected by law."

"However, the legalization of their civil unions, which seek to simulate holy matrimony, is not admissible," concluded the bishop.

"Not by accident, but design, does Francis in this film make one loud whistle to give an OK for 'civil unions' — a tacit affirmation of Joe Biden, the one and only presidential candidate that officiated a gay marriage, a clear violation of Church law for a Catholic layman," he explained.

"Similarly, not by accident, but design, does Francis in this film make clear condemnations against countries 'limiting immigration and maintaining their borders,'" father continued. "This is another dog whistle to American Catholics in condemnation of President Trump and all his hard work to shore up our country's defenses — building up of our border walls and national defense."

"This film's 'coming out' coming out just a little more than a week before the election is no accident!" he added.

Defense and Spreading of Confusion

Bishop David Zubik of the Pittsburgh diocese released a statement of support on Wednesday, alleging the pontiff has not deviated from Catholic teaching.

"The Holy Father's recent comments on the passage of a law for civil unions for homosexual persons reflect his pastoral approach to persons who may be on the peripheries of society," said Zubik. "His comments in no way signal a departure from the teaching of the Catholic Church concerning marriage or homosexuality. It speaks, rather, of a pastoral approach to these issues." 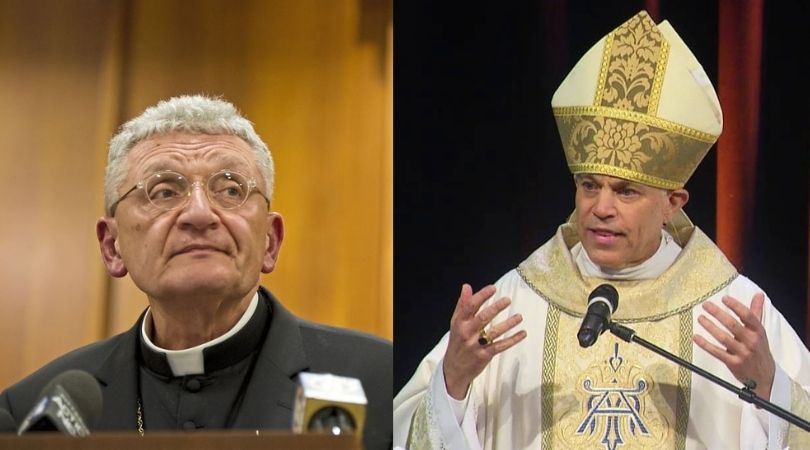 Zubik went on to claim "Pope Francis has not promoted change in the moral or sacramental teaching of the Church. He has simply called for all people to be treated with the dignity and love which is their due by being created in God's image and likeness and being children of the Heavenly Father."

"The message of Jesus is He came to save us all," he concluded. "It is with the grace of God that we focus on the beauty of the person and that we are called to treat each other with fairness and dignity."

"The Holy Father clearly differentiated between a civil arrangement, which accords mutual benefits to two people, and marriage. The former, he said, can in no way be equated to marriage, which remains unique," he said.

"I would add that a civil union of this type (one which is not equated to marriage) should be as inclusive as possible, and not be restricted to two people of the same sex in a presumed sexual relationship," Cordileone continued. "There is no reason, for example, why a brother and a sister, both of whom are unmarried and support each other, should not have access to these kinds of benefits."

As some of the hierarchy are divided on the pope's anti-Catholic opinions regarding homosexual civil unions, the majority of prelates in the country remain silent.

TOPICS: Apologetics; Catholic; Moral Issues; Religion & Politics
KEYWORDS: 2020election; apostatepope; biden2020; bidenpope; francischsim; homos; popefrancis Navigation: use the links below to view more comments.
first 1-20, 21-22 next last
As some of the hierarchy are divided on the pope's anti-Catholic opinions regarding homosexual civil unions, the majority of prelates in the country remain silent.

[15] I know thy works, that thou art neither cold, nor hot. I would thou wert cold, or hot.

[16] But because thou art lukewarm, and neither cold, nor hot, I will begin to vomit thee out of my mouth.

The fruit doesn’t fall far from the tree...

How does a homosexual activist and possibly a closet homosexual himself, become Pope ?

I have no doubt.

They are two peas in a pod.

The pope likes Biden’s agenda of no borders.

Like everybody else, Francis doesn’t give crap about Biden. He is for anybody with (D) by their name.

Bergoglio and George Soros are threats to this country.

Besides the EU are there other countries that let in immigrants willy nilly? I think even Germany has some requirements and do it all on the books.

Is the Pope Catholic?

Hard to believe that this is now a serious question.

Is his goal to dismantle the Catholic church? He is certainly making a great effort.

That ain’t the half of it.