Christian televangelist Pat Robertson has said that he believes Alabama's near total ban on abortions is 'extreme' and that the state has gone 'too far'.

Robertson, who opposes abortion and hopes to see Roe v Wade overturned, made the remarks on Wednesday on The 700 Club, hours before Alabama Governor Kay Ivey signed the new law.

The Alabama law contains an exception for when the pregnancy creates a serious health risk for the woman, but not an exception for rape or incest, and would punish doctors who perform abortions with up to life in prison.

'I think Alabama has gone too far,' remarked the 89-year-old Robertson

'It's an extreme law, and they want to challenge Roe verses Wade, but my humble view is that this is not the case that we want to bring to the Supreme Court, because I think this one will lose,' the conservative minister continued.

Robertson has been an outspoken opponent of abortion, and drew condemnation when he implied in 2005 that Hurricane Katrina's destruction of New Orleans was God's punishment for America's abortion laws.

But in Wednesday's broadcast Robertson said he feared that Alabama's new law would not create the right test case to challenge the 1973 precedent of Roe v Wade.

'It's ill-considered,' he said. 'The Alabama case, god bless 'em they're trying to do something, but I don't think that's the case that I'd want to bring to the Supreme Court.'

Governor Ivey signed the measure on Wednesday. The law will make performing an abortion at any stage of pregnancy a felony punishable by 10 to 99 years or life in prison.

Thanks Morgana. That hole in his shoe from where he shot himself in the foot is not gonna buff right out. 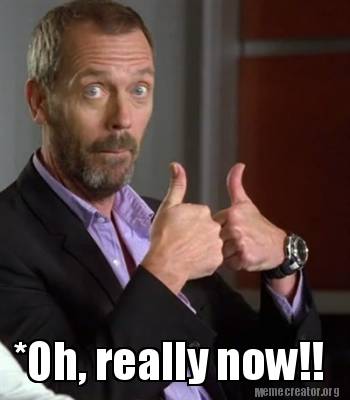 Actually, though, Pat Robertson has always been flaky on pro-life. Anyone else remember the time he basically defended China's mandatory abortion policy on Malthusian grounds?
https://www.christianitytoday.com/ct/2001/aprilweb-only/4-16-32.0.html

Yes I do. That was the first thing I thought of when I heard this.

Pat, A baby is a baby. God’s creation. You know what Jesus said about being lukewarm. If this is the stand that the CBN network has on abortion, count me out as a donor.

I think you want to pass the most restrictive law that might be upheld before the Supreme Court. This one is so politically risky that it could lead to serious election losses in 2020. If we could roll back the 19th Amendment, this wouldn’t be a problem. Thing is - women can vote, and they tend to vote against politicians who want to ban abortion.

7 posted on 05/16/2019 1:06:23 AM PDT by Zhang Fei (My dad had a Delta 88. That was a car. It was like driving your living room.)
[ Post Reply | Private Reply | To 1 | View Replies]
To: Morgana
'It's an extreme law, and they want to challenge Roe verses Wade, but my humble view is that this is not the case that we want to bring to the Supreme Court, because I think this one will lose,' the conservative minister continued.

He may have a point. We may want to wait until Trump replaces RBG to make a full out assault on Roe V Wade.

Another loss reinforcing Roe is not a good thing. Roberts is not dependable.

As I understand it the authorities in AL purposefully adopted a stringent prolife bill because they wanted to provoke a Supreme Court confrontation. They believe it’s time to address the worst judicial decision in our nation’s history.

Yes I believe he DOES have a point.
We shouldn’t be reflexive here on this matter. The state of Alabama has given us something to push back against so we can get this horrible conversation moving.

So we can say... Yes this is too far but it begins the conversation about where the reasonable point is. Maybe concede rape and incest... and then only after a jury trial condemns the child to die for the sins of the father/parents. Something along those lines.

Up to now it’s always been a fascist push by the left to infanticide.

Such a time frame would makes the AL law timing perfect. It is a gambit that the RBG replacement will be in place when the SCOTUS would be ready to argue it. I hope (and pray) a gambit such as this is low risk and worth the effort.

An abortion law “with exceptions for rape and incest” might be politically acceptable, but it should never stand up in any coherent system of law. The purpose of using a law like this in a Supreme Court challenge is to put a case in front of the court that is built entirely on the idea that an unborn child is subject to all protections under the law as a real person. Allowing for exceptions in the case of rape and incest would have undermined the core legal argument behind the law.

We don’t know that RBG will be “next”.

Pat’s a “moderate” when it comes to murder. He’s a murderette!

Who ordained this guy? Private interpretation leads to all kinds of confusion. Just ask Martin Luther.

I agree with him on SCOTUS. This will delay the chance to overturn Roe if it is brought before the court.

right. because you catholics are 100% united behind frankie and father pflluger.

For mercy sakes!......When the states have the COURAGE to pass Prolife/anti abortion bills........SALUTE THEM....APPLAUD THEM......SUPPORT THEM!!!!!!!!
Folks are finding their gumption again thanks to our President!.....and righteous legislators are waiting in the wings to activate!!!!

Sometimes spelling out numbers like 60 million is hard to comprehend, what I’ve heard used is 7 or 8 MAJOR cities worth of babies have been murdered.