Parents threaten to withhold $3 million if book not pulled

AUSTIN, TX (8/30/2005)--An explicit short story about two homosexual male cowboys featured as part of the Senior English program at St. Andrew's Episcopal High School in Austin, has caused a furor with parents complaining and some threatening to withhold $3 million dollars to the school, if the Episcopal institution does not pull the book.

The short story used in the English class was Brokeback Mountain by Annie Proulx. It is a pornographic story of two homosexual cowboys that is being made into a major motion picture. The book which is set in Texas and Wyoming features the romantic tale of two male cowboys from very different backgrounds who meet and fall in love while working together as sheep ranch hands near Wyoming's Brokeback Mountain during the summer of 1961. The movie was shot in Calgary, Alberta, Canada and is due to be released in December, 2005.

VirtueOnline received a letter written by one irate contributor Mr. Cary McNair, son of Bob McNair, owner of the Houston Texans, who threatened to withhold a significant amount of money if the school did not pull the book from the classroom. A VirtueOnline source said the amount was in excess of $3 million.

The McNair's (Cary and Kate) wrote the Board of Trustees of St. Andrew's School (SAS) on August 17 concerning their support of the school.

"In early May, Kate and I met with [Lucy] Nazro (the school's headmistress) to voice our initial protest of SAS's participation in the National Day of Silence (NDS). [NOTE to readers. NDS is a national youth-run effort using silence to protest the actual silencing of lesbian, gay, bisexual and transgender people due to harassment, bias and abuse ...] Why would SAS recognize the National Day of Silence, yet not recognize the National Day of Prayer? The NDS brought the short story "Brokeback Mountain" into the discourse. Why would a school that promotes a Christian education environment in its mission statement, and lists moral behavior as one of its core values, have such a story in its senior English literature class, past, present or future? Why would SAS promote classroom discussion on pornographic material concerning deviant behavior? An apparent agenda at the Upper School is developing that is detrimental to SAS's future. Along with pleading that we not publicize the issues, Nazro promised to look into the facts of the situation. Nazro had not read the story, and did not seem very flustered following her brief review of it in the meeting. She noted that she had not had any other parents express concerns. And, Nazro had only received positive feedback from students about how they all cherish the environment that (the English teacher) creates in the classroom that allows such warm and open discussion."

On May 16th the McNair's had a second meeting in which they discussed their contempt for the short story in light of the plethora of other, more appropriate literature available. "Why not use other stories to relate tolerance and acceptance issues? Are students best served by having an English teacher directing the discussion on such issues? Nazro stated that NDS was a mistake, and that SAS would not have NDS again."

However Nazro defended the story saying it had been approved by the "committee" consisting of a UT professor and that the author was an award winning author. "

Another person said that Nazro was the "final authority" on SAS operations and curriculum. "My claim," said McNair, "is that the parents, the 'customers' are the final authority."

On July 25, the McNair's had a third meeting with Nazro in which they relayed to the Board and SAS their concerns to have the book removed and a search begun to find a replacement that handles issues of acceptance and tolerance, but Nazro said almost all the parents and students were satisfied with the material.

McNair responded saying, "Although disappointed with SAS's decision, I was not surprised. My family would reflect upon the school's decision."

On August 1, Kate McNair told a board member in the parking lot of the Upper School that the McNair family had decided that it did not want its name on the school building and that alternate funds should be pursued to supplant their past commitment.

The McNair's then wrote to say that SAS had broken its promise to deliver on its "Mission and Values" (see www.sasaustin.org) and that the family did not want its name on the SAS building and suggested the SAS find alternate funding.

The McNair's wrote: "Support from parents and donors are given on the premise that SAS will deliver what it promises. If SAS, in its final decision and continued conduct, chooses to not follow its declared "Mission and Values" then SAS, by its own action, has removed the McNair funds from the campaign effort, and accepted the potential risk for other support departures."

"A SAS Trustee suggested we try Regents, rather than SAS. Last year's Upper School play contained adultery between a father and his children's female babysitter as entertainment. This year's play has a happily divorced couple, who continue to live together, discussing the man's desire for an experimental gay affair, to which he proclaims, "Don't knock it 'till you've tried it!" These main characters are drunks, do drugs, and spew forth the virtues of such an altered life. Despite Nazro's assertion to the contrary, we found several other parents that have previously expressed to Nazro, their unequivocal disdain for SAS giving credibility to deviant behavior and non-Christian attitudes."

Nazro later announced to the faculty that the McNairs had pulled their funding due to "debatable issues" but that she still retained the full support of the Board.

The McNair's concluded their letter saying that their support of the school was predicated on the school's intent and delivery of that which was, and is, promised. "With no accountability, defiant defense of faculty and no deference to the "customers" of SAS, we must leverage our resources in hopes of a demonstrative change in attitude and conduct at SAS. We are not dictating curriculum or inventing restrictive demands merely requesting SAS to follow its Mission and Values."

The headmistress of St. Andrew's, Ms. Lucy Nazro refused to return repeated calls from VirtueOnline for comment. Despite repeated efforts the McNairs could not be reached for comment.

2 posted on 08/30/2005 4:11:38 PM PDT by little jeremiah (A vitiated state of morals, a corrupted public conscience, are incompatible with freedom. P. Henry)
[ Post Reply | Private Reply | To 1 | View Replies]
To: sionnsar
It is a pornographic story of two homosexual cowboys that is being made into a major motion picture.

So they really are making a movie about Gay Cowboys Eating Pudding.

Is Puddin the horse's name?

As Cartman pointed out, most movies at film festivals are about Gay Cowboys eating pudding.

Puts me in mind of an old joke that I find funny, but you may not (I'm telling it anyway):

How many lesbians does it take to screw in a lightbulb?

Two. One to screw in the lightbulb, the other to make a documentary about it.

Two gays are walking along the riverbank. One says, "Look. A ferry boat."

The other says, "I'll be darned. I knew we were organized but I didn't know we had our own navy."

What else would you expect from Episcopalians?

The movie, "Brokeback Mountain" is being directed by Ang Lee, whose credits include "Crouching Tiger" and the underrated but terribly-titled, "Ride with the Devil."

Lee should be ashamed of himself. But he's obviously capitulated with the forces of darkness.

Considering that Ang is the father of two sons, Haan and Mason, it would be interesting to know if he's teaching his sons the great and glorious joy of being be two gay cowboys in love.
10 posted on 08/30/2005 5:05:50 PM PDT by Dr. Eckleburg (There are very few shades of gray.)
[ Post Reply | Private Reply | To 1 | View Replies]
To: Dr. Eckleburg

They know they are indoctrinating. To pretend they are simply dealing with current literature/art is totally disengenuous.

Nonetheless, thank goodness for the McNair's clarity of thought. I'd like to have them in my church.

It is really not surprising that an Episcopal school - there are several of them in Austin - has sold out to a fully secular agenda. Who would stop them? Certainly not the Episcopal 'leadership'.

I've heard Austin is pretty liberal. I could imagine this occurring in an Episcopal school not far from here -- but in, say, the Diocese of San Joaquin it would be more difficult to image. (I could be wrong.)

When they found a school (St. Andrews is only about 5 years old) it is only to serve the secular or nominally Christian - and wealthy - population. If you were a devout Atheist, I can assure you that you would find NOTHING to offend you in an Episcopal school. Not a thing.

Do you mean the character on South Park, or me? Because I never said that. It's pretty funny though, I wish I had!

Your namesake said that on the "Film Festival" episode. Funny stuff indeed, particularly after Stan and Wendy, after doubting Cartman, attend a film about, er, Gay cowboys eating pudding.

Announcer: Rob Schneider derp de derp. [next scene: he's walking down a city street when a pretty woman passes by. He looks back at her] Derp de derpity derpy derp. [he runs into a light standard. Next scene: he's a lab technician working with nitrogen. He drinks a strange liquid]Until ONE day, the derpa derpa derpaderp. [Rob is shown dancing like a monkey on the street] Derp de derp. [he's in a house begging like a dog in front of a woman] da teedily dumb. 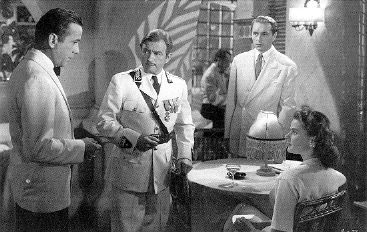 Guess they don't know what the Bible says on scandazining one of the little ones!
Maybe they need a thunderbolt from Heaven to remember that GOD PUT and NOAH took TWO BY TWO ON THE ARK...One male One female!.
Asking for God's wrath is dangerous! WoE to those who teach the sin of Sodam and Gormarrah !

ATENTION PARENTS ---- homeschooling is the only answer-who can you trust better then yourself as teachers of your children...