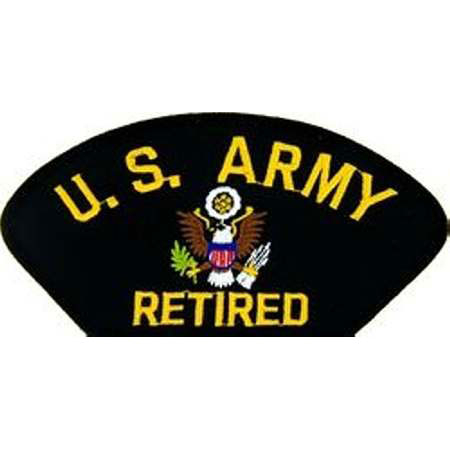 Where I have served: 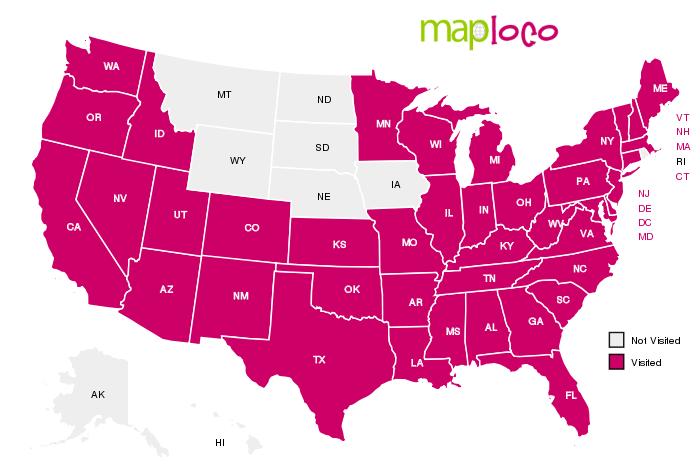 Create Your Own Visited Countries Map

This page is rated

Did the Law ever love me? Did the Law ever sacrifice itself for me? Did the Law ever die for me? On the contrary, it accuses me, it frightens me, it drives me crazy. Somebody else saved me from the Law, from sin and death unto eternal life. That Somebody is the Son of God (Who loved me and gave Himself for me). Hence, Christ is no Moses, no tyrant, no lawgiver, but the Giver of grace, the Savior, full of mercy….. Visualize Christ in these His true colors. I do not say that it is easy. Even in the present diffusion of the Gospel light, I have much trouble to see Christ as Paul portrays Him. So deeply has the diseased opinion that Christ is a lawgiver sunk into my bones. You younger men are a good deal better off than we who are old. You have never become infected with the nefarious errors on which I suckled all my youth, until at the mention of the name of Christ I shivered with fear. You, I say, who are young may learn to know Christ in all His sweetness. For Christ is Joy and Sweetness to a broken heart. Christ is a Lover of poor sinners and such a Lover that He gave Himself for us. Now if this is true, and it is true, then are we never justified by our own righteousness.

Synergists teach that 'salvation depends on human will', but the Bible teaches that 'it depends not on human will or exertion, but on God, who has mercy." (Rom 9:16) and that we "were born, not of...the will of the flesh nor of the will of man, but of God. (John 1:13) "Scripture teaches that sanctification begins at conversion. The process of practical sanctification is launched by God's regenerating work, when He graciously gives the sinner a new heart and a new spirit of obedience (Ezekiel 11:19-20; 36:26-27; 2 Corinthians 5:17)." Johnny Mac

In a great many churches only the gospel of "be good and do good" is proclaimed. To it applies Paul's scathing description: "another gospel which is not another" (Galatians 1:6,7). It is a wholly different kind of gospel and therefore does not rate as a second gospel alongside the gospel which the apostle preached. In reality it is not gospel at all.

The word gospel means good news. That which is preached as gospel in so many churches is not even news, let alone good news. A man has been found guilty, shall we say, of a heinous crime and has been sentenced to death. He is now in prison, awaiting the day of his execution. A friend comes to visit him. This friend calls out: "I have good news for you!' Eagerly the condemned man asks: "What is it?" The answer comes: "Be good." In that message there is not so much as a shred of good news. It is most cruel mockery. Yet many a self-styled minister of Christ holds forth to sinners under the sentence of eternal death a precisely equivalent message as gospel.

The gospel contained in Holy Writ does not primarily tell sinners what they must do, but, contrariwise, what God has done and is doing for them.

To be the bearer of those good tidings -- a few glimpses of which follow -- is the inestimably great honor of the Christian church. Dr. R. B. Kuiper.

"Free-will or Free-grace?; The Bible says that men are born again, not of the will of the flesh, nor of the will of man, but of God (John 1:13); that it is not of him that wills, nor of him that runs, but of God that shows mercy (Rom 9;16); the work of faith is the operation of God according to the exceeding greatness of his power, who works in man both to will and to do of his own good pleasure." (Phil 2:13)

Why Do We Need to Be Born Again?

What the Arminian wants to do is to arouse man's activity: what we want to do is to kill it once for all---to show him that he is lost and ruined, and that his activities are not now at all equal to the work of conversion; that he must look upward. They seek to make the man stand up: we seek to bring him down, and make him feel that there he lies in the hand of God, and that his business is to submit himself to God, and cry aloud, 'Lord, save, or we perish.' We hold that man is never so near grace as when he begins to feel he can do nothing at all. When he says, 'I can pray, I can believe, I can do this, and I can do the other,' marks of self-sufficiency and arrogance are on his brow. C. H. Spurgeon

Psalm 40 suggests a time in which grace will replace karma, and replace the very strict laws of Moses (i.e. fulfill them). I love that thought. David, who committed some of the most selfish as well as selfless acts, was depending on it. That the scriptures are brim full of hustlers, murderers, cowards, adulterers and mercenaries used to shock me; now it is a source of great comfort
The Reformed Theologian Bono .

And if the chief question that Christianity must answer is, "How can I be happy?", I've seen no better response than that of C.S. Lewis: "I didn't go to religion to make me happy. I always knew a bottle of Port would do that. If you want a religion to make you feel really comfortable, I certainly don't recommend Christianity." But the question the Christian message answers is, "How can I, a miserable sinner, be accepted by a holy God? Michael Horton

Gamecock was the nickname given to General Thomas Sumter.

Who was General Thomas Sumter?

From Wikipedia: Thomas Sumter (August 14, 1734 - June 1, 1832) was a hero of the American Revolution and went on to become a longtime member of the US Congress.

His fierce battle style and his lack of fear earned him the nickname "The Gamecock". After the revolutionary war, he started his political career and served under the first four Presidents of the United States. He was a member of the House of Representatives from 1780-1793 and from 1797-1801. He served in the US Senate from 1801-1810.

When he died on June 1, 1832, Thomas Sumter was the last surviving American officer of the American Revolution.

As for those of you who are left, I will make their hearts so fearful in the lands of their enemies that the sound of a windblown leaf will put them to flight. They will run as though fleeing from the sword, and they will fall, even though no one is pursuing them." Leviticus 26:36

You want to know what I think?

God is omnipotent. Most "Christian" churches are striving to hold true to Biblical truths.

I am a Christian of the Reformed Tradition. Being Reformed is not a prerequisite to entering the Kingdom. I think there will be some Reformed "Christians" in hell, some Arminians and Catholics in Heaven. (please don't attack all Reformed folk with one brush, attack each branch based on it's own merit (or lack of merit)! I am aware of 10 flavors, so have at it...)

I agree with many of the writings of Augustine, Luther, and Calvin. (The dead guys up above)

I believe that placing your faith in life and death of Christ is the only way to enter the Kingdom.

I believe that He was born to a virgin named Mary, who was a real person, worthy of respect, but not to be prayed to, through, or whatever. I believe Christ grew up in a house with at least one brother.

I believe that He died nailed to a cross, was resurrected three days later, and as we say, "Sittith on the right hand of God the Father almighty." I believe in the Godhead.

I believe Man’s chief end is to “Glorify God and to enjoy Him forever.&##148; (Westminster Catechism, Question 1)

I believe that people worshiping in certain denominations, who are not fighting to reform them from within, or leaving for a denomination/church that preaches the truth, are in spiritual jeopardy.

I believe in Sola Scripturum. I believe that the Bible is the only key to salvation. Yes prayer is critical, but let’s not forget, many sins are committed in the name of religion by people who "pray". Prayer should be checked against God’s Word. Remember, without a prayerful, distraught monk reading the Bible, there would not have been a Reformation.

Could there be some errors? NO! Since God gave it to the original writers, He can certainly guard over it as it is transcribed over and over. For it is written: ”The grass withers, the flowers fade, But the word of our God stands forever.”

I believe that my sins are no better than anyone else’s. In the eyes of God, a homosexual’s sin is no worse than mine. Yes, there will be homosexuals in heaven (gasp); those who accept the atoning death of Christ, and renounce their lifestyle, will be there. Those who seek to have the church approve of, and celebrate their lifestyle, will have some explaining to do (as will the church leaders who play into this).

I believe that there is a big problem with legalism. (Read about the Jewish leaders in the New Testament) I think many of us are wound to tight (one of my sins) and should be more supportive of those who are not as far along in their spiritual journey. (Don't confuse supportive as encouraging sin, but lifting up from sin)

I believe that The Holiness of God by R. C. Sproul is one of the best books ever written.

I believe that there are two times when I am as close to God as I can be in this world. When I am with someone who is about to die, or when I am in the delivery room at a birth. “Be still and know that I am God”

The church in our generation needs reformation, revival, and constructive revolution.

At times men think of the two words reformation and revival as standing in contrast one to the other, but this is a mistake. Both words are related to the word restore.

The great moments of church history have come when these two restorations have simultaneously come into action so that the church has returned to pure doctrine and the lives of the Christians in the church have known the power of the Holy Spirit. There cannot be true revival unless there has been reformation; and reformation is not complete without revival.

May we be those who know the reality of both reformation and revival, so that this poor dark world may have an exhibition of a portion of the church returned to both pure doctrine and Spirit-filled life.
(Francis A. Schaeffer, Death In The City, Ch. 1)

An early morning chill lingers in a small town nestled in Eastern Germany. The majestic tower of the Castle Cathedral rises boldly over the still sleeping town.

While the town sleeps, a solitary figure makes his stand at the church, boldly posting his arguments against the majority view of the American Church.

The photographer zooms in to snap a close-up of the document posted on door of the Church.

Crowds in Wittenberg gather to read the document, and cheer in approval!

RM stand on accusing poster of behaving like Chick

2-Year-Old Boy Has Surgery to Remove Twin Brother From His Stomach October 03, 2013


Where I've Been
Create your own visited countries map or check out the JavaScript Charts.
You can edit this page.