Climate Activists Deflate 900 SUV Tires — Including on a PEOPLE Editor's Car: 'There Has to Be a Better Way'
People via Yahoo ^ | November 29, 2022 | By Abigail Adams

Climate change activists in eight countries claim they deflated tires on more than 900 SUVs in what they call their "largest-ever night of action against SUVs."

Vehicles in 19 cities across the globe were apparently targeted late Monday night and early Tuesday morning by members of The Tyre Extinguishers, an international group of protesters known for deflating tires on SUVs in an effort to keep the vehicles off the streets.

The group says 52 cars were hit in the Brooklyn Heights neighborhood of New York City, as were hundreds of others across the United Kingdom, France, Germany, Sweden, Austria, Switzerland and Netherlands, according to a post on its website.

The group says their goal is to "make it impossible to own" large cars like SUVs and 4x4s "in the world's urban areas."

“We're taking this action because governments and politicians have failed to protect us from these huge vehicles," the group says on its website, where they add, "Politely asking and protesting for these things has failed."

Tyre Extinguishers claim to have deflated over 10,000 SUVs in various cities worldwide since March in their effort to rid urban areas of the vehicles.

If the climatistas try that in Texas, they may not like the extra weight they may end up gaining.

Perhaps these vandals (or are they visigoths?) are the carbon that needs to be eliminated.

Childish, and criminal. Someone needs a good blanket party.

The group says their goal is to “make it impossible to own” large cars like SUVs and 4x4s “in the world’s urban areas.”

In reality they have only caused 900 people to refill their tires with air compressors, which run on electricity, which is mostly generated from fossil fuels. So they just helped hasten the planet’s destruction.

This kind of activism worked against fur. Why wouldn’t it work against SUVs? No one pushes back. Who will deflate Prius tires?

Give them a bicycle pump and 2 hours to pump them all back up. If they don't, unleash the owners on them.

8 posted on 11/29/2022 2:10:00 PM PST by PeterPrinciple (Thinking Caps are no longer being issued but there must be a warehouse full of them somewhere.)
[ Post Reply | Private Reply | To 1 | View Replies]
To: Oldeconomybuyer

At least they are targeting people in liberal cities, which serves them right for voting for them.

Surprised someone doesn’t go after them for criminal conspiracy and sue them for billions to shut them up.

What about the new electric SUVs that are popping up?

Would they deflate the tires on one of the new Porsche EV SUVs?

Maybe they should try that in Qatar ...

wait till they deflate the tires on some gangster’s SUV

then the fun starts

should be hit with RICO charges 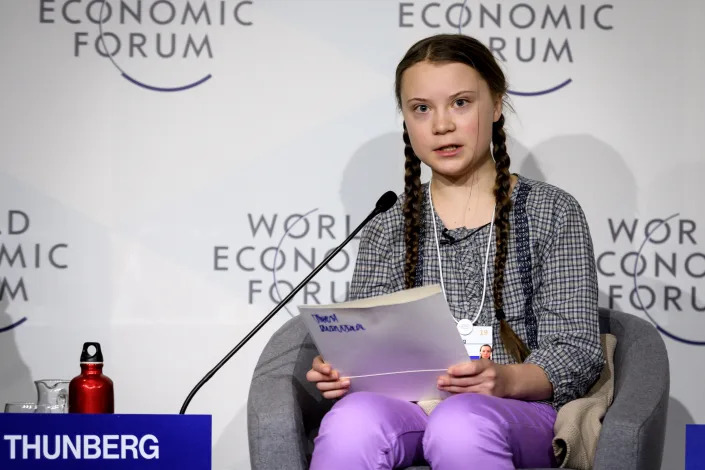 Even with 4 flats I could catch up to one of those twerps on their little electric mopeds and squash them like a bug. Hypothetically speaking of course. HEH HEH.

You know the old chestnut about the most important thing on your tombstone being the dash between the dates? Because how long you live isn’t what counts, it’s what you did with the time, right?

And ultimately it’s people that count, not the planet. Diminishing people’s quality of living just because the canon of The New Green Religion commands it does nothing to “save” the planet.

And as for alternative fuel automobiles, the only thing they offer a true alternative to ... is reality. Battery-powered cars have been around for about 190 years (yes, 190 -— look it up!) and they’re still not a rational alternative to ICE.

However, it shows how much they have been brainwashed by the governing class.

Idiots, according to their own reality, a loaded SUV emits less “CO2 pollution” than, eight small cars.

At the very least, start deflating the tires of EVs, public transport buses, and bicycles in retribution.

Leave signs saying, "My tires were deflated by environmental activism so now your tires are deflated as well. We'll share the pain together."