Putin can call up all the troops he wants, but Russia can’t train or support them
Clinton News Network ^ | 22-SEP-2022 | Brad Lendon

Vladimir Putin can call up all the troops he wants, but Russia has no way of getting those new troops the training and weapons they need to fight in Ukraine any time soon.

With his invasion of Ukraine faltering badly, the Russian President on Wednesday announced the immediate “partial mobilization” of Russian citizens. Defense Minister Sergei Shoigu said on Russian television that the country will call up 300,000 reservists.

If they end up facing Ukrainian guns on the front lines, they are likely to become the newest casualties in the invasion Putin started more than seven months ago and that has seen the Russian military fail at almost every aspect of modern war.

I expect that number to double in the next 3-4 months.

These draftees won't even have bulletproof vests. Maybe not even helmets and boots. They are going to be slaughtered.

At first I wondered why the New York Times homepage editor would put a piece about Putin and his alleged involvement in war strategy under 'U.S. Politics'.

As Russian Losses Mount in Ukraine, Putin Gets More Involved in War Strategy

I understand the qualification.

..., Gen. Mark A. Milley, the chairman of the Joint Chiefs of Staff, said in an interview on Friday.

... is to both sides, American officials said.

Some American officials said they saw trouble ahead ...

... American officials have said that Mr. Putin has not been given accurate information ...

Adding up we have:

Would you believe that it took 4 (FOUR) NYT 'reporters', Julian E. Barnes, Helene Cooper, Eric Schmitt and Michael Schwirtz, to stenograph that nonsense?

There was some agonizing after the Iraq WMD claims turned out to be false. The NYT and other media promised to do better and to restrict the use of anonymous sources:

Under our guidelines, anonymous sources should be used only for information that we think is newsworthy and credible, and that we are not able to report any other way.

... We understand readers’ wariness, but many important stories in sensitive areas like politics, national security and business could never be reported if we banned anonymous sourcing. Sources often fear for their jobs or business relationships — sometimes even for their safety. Those anonymous American officials quoted in the above NYT piece are distributing 'newsworthy' and 'credible' information? Even some they very obviously have no way to obtain ('Mr. Putin believes ...')? They must be fearing for their jobs and safety when they reveal the secrets of Putin's believes to those assiduous NYT 'reporters'?

Or its all just another bunch of lies. Not only what the American officials say but also what the NYT claims to be. The above piece is not the result of journalism by independent media but the outcome of intense collaboration between a quasi state organ and the Biden administration. It is an information operation waged against its own people and propaganda for a real war waged against Russia.

Why do they expect anyone to pay for this dreck?

No better training than the actual battlefield.

These draftees won’t even have bulletproof vests. Maybe not even helmets and boots. They are going to be slaughtered.
—————
Hard to say what “ might be”, fact is your statement currently describes the welfare Army of Ukraine.

> These draftees won’t even have bulletproof vests. Maybe not even helmets and boots. <

I recall reading something like that about the battle of Stalingrad. Follow-up Soviet troops had to gather equipment from comrades who had already been killed.

Regardless, it’s worth noting that the Soviets won that battle. So ya never know.

“No better training than the actual battlefield.”

Not actually. Conscripts with poor training often end up as casualties and will break at first enemy encounter. Collectively they will have a terrible effect on morale. The ones that make it back will spread horror stories.

Training and leadership are everything. Russia has neither.

Just run over there and if you see anyone.... shoot them.

10 posted on 09/24/2022 8:04:09 AM PDT by Telepathic Intruder
[ Post Reply | Private Reply | To 1 | View Replies]
To: SpeedyInTexas
Experts Believe Russia Low On Soldiers After Putin Spotted Trying To Teach A Polar Bear How To Drive A Tank 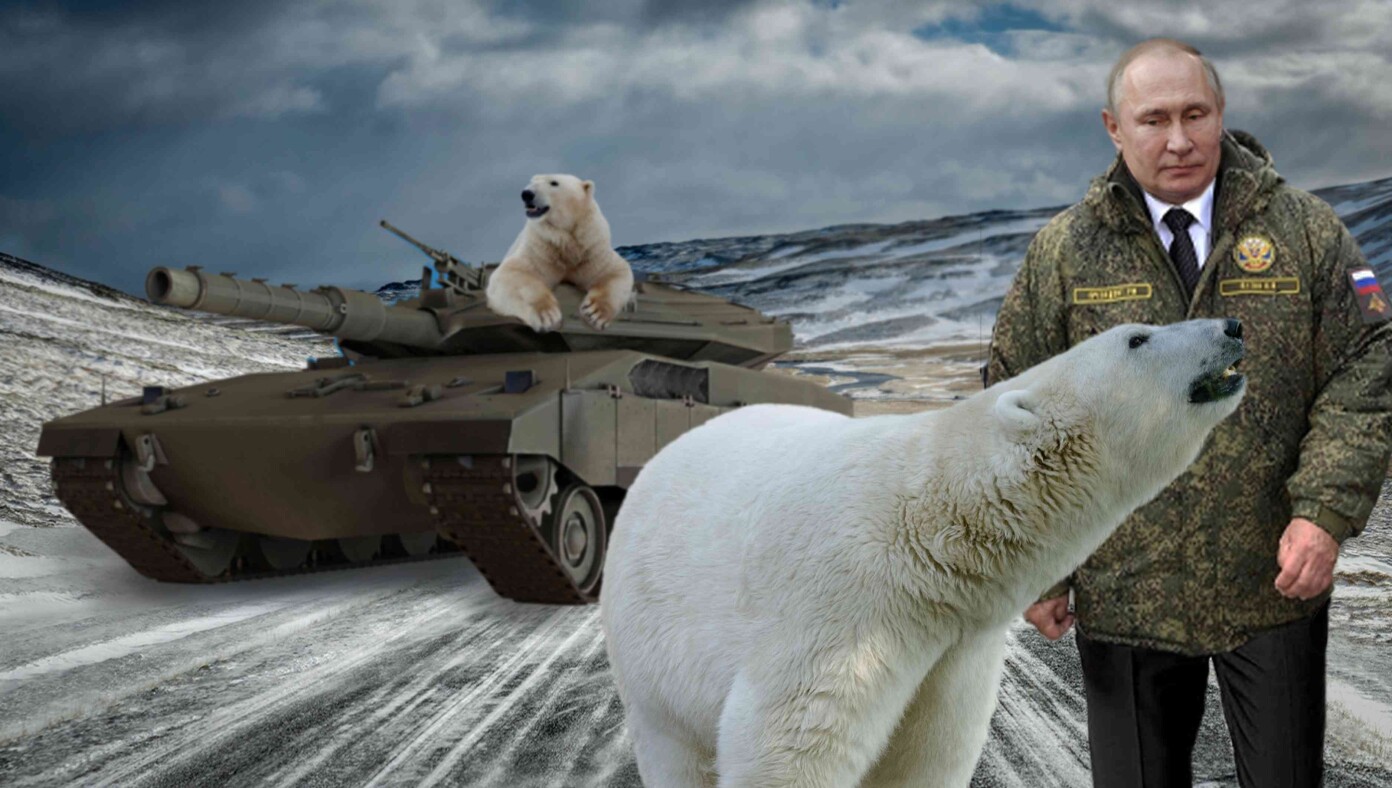 Keep up the good work all of you Zelensky/Soros/Clinton psychopaths. I sure you'll win the war soon.

I forgot the sarcasm tag.

I think before this war is over, it will claim 750K lives.

I will add the Ukraine’s economy is much worse, it is on “ life support “ with billions of Western aid. Both their military and economy ceases to exist when western welfare stops.

All of those Mosin-Nagants that they sold at Big 5....

Kazan is the name of a city in RuZZia.

Is that where you live?

I was looking at a German article this AM....talking over prepared food for incoming 300,000. No one in Russia thinks the new incoming crew will get fed on any routine basis, and even the combat rations....probably are already down to nothing.

Yesterday, they ran video of the buses being loaded. I’d say 25-percent of the crowd were hefty guys....maybe in the 240 to 280 pound range. Way out of shape, and unfit for any type of combat action.

Thanks. I think so too.

I agree which makes me wonder if the FSB has a purge list of conscripts selected for liquidation by cannon fire. KaPutin gets to blame Biden for war crimes while eliminating internal opposition.

Yeah, I think Russian recruits will be in training October and deployed Nov. Who knows how this war will end, but one thing is for certain, hundreds of thousands have died for a meaningless war.