Instead, the Russian leader may have inadvertently put the final nail in the coffin of his decades-long reign with his bombshell announcement that hundreds of thousands of citizens will be called up to face likely death in the war next door. Advertisement

While Putin’s most loyal allies rallied around the leader with calls for unity and defense officials bent over backward to provide dubious assurances to the general public, ordinary Russians rushed for the exits and took to the streets.

Airline tickets out of the country sold out within a matter of hours. There were myriad reports of men of conscription age being barred from buying bus and airline tickets, and human rights groups reported that draft notices were already being handed out to people at bus stations and train stops in some areas.

Street cleaners and homeowners associations were reportedly tasked with delivering the notices in other areas.

Anton, a manager at a Moscow-based IT company, was nervous while waiting in line for passport control at Vnukovo Airport on Wednesday morning. He was fleeing to Armenia just hours after the mobilization announcement.

“Unfortunately, this is my war, although I never asked for it: victims of this war are my people, I have been helping suffering people; and the bastards who started this war are my enemies,” he told The Daily Beast after passing through border control.

He was constantly checking a “Border Control” group chat on Telegram, made up of about 15,000 Russian middle-class professionals making plans to escape Moscow following the announcement.

Anton’s friend, 35-year-old Alexander Koryakin, another Russian IT tech, had also left for Armenia earlier on Wednesday. Koryakin said he was now “breathing freely and thinking straight” in Yerevan.

“This war, this is definitely not my war, this conflict has been artificially blown up, Russia does not need it,” he said, adding a message for others still stuck in the country: “Run away, there will be nothing good in Russia for a long time. This is not a betrayal, this is your survival.”

Valentina Melnikova, the head of the Union of Committees of Soldiers’ Mothers of Russia, said the mobilization shows Putin only wants to escalate the war.

Russian President Vladimir Putin gives a speech during an event to mark the 1160th anniversary of Russia's statehood in Veliky Novgorod on September 21, 2022.

“Today Putin mobilizes people, tomorrow he will employ nuclear weapons, our job is to help those who do not want to serve,” she told The Daily Beast.

Hundreds of demonstrators were detained in Moscow as well as cities as far-flung as Ulan Ude, Izhevsk, Irkutsk, Chelyabinsk, and Perm, among others, according to the monitoring site OVD.info. Protests continued to erupt across the country despite prosecutors in the capital warning demonstrators they could face up to 15 years in prison for speaking out against the war.

Some of the protesters detained were subsequently given draft notices while in lock-up, according to OVD.info and Mediazona. The wife of one jailed protester told Mediazona that authorities filmed as they presented her husband with a draft notice and told him he had to take it “because he is a citizen of the Russian Federation and is obliged to appear tomorrow at the commissariat.”

Outrage only intensified amid reports that some public workers had already begun receiving draft notices en masse. Medical staffers in Moscow have already been called up, according to human rights lawyer Pavel Chikov, who also called BS on the Russian defense ministry’s claims the mobilization would only be “partial.”

The Insider reported that doctors and nurses at one private clinic in Moscow had also received draft notices.

The actual text of the decree declaring mobilization puts no cap on the number of people to be called up and does not limit the draft to reservists, as defense officials claim. The document also contains one “classified” clause that keeps the number of those to be mobilized concealed.

The backlash was swift: “The crazy old man is going all in, his bets–are our lives. They promised us to take Kyiv in three days. The Ukrainians took in three hours what we took in three months. Now there is a mobilization for ‘fresh meat’ in order to bomb civilian sites,” hackers wrote in a statement posted on the homepage of St. Petersburg’s Pulkovo Airport.

“Ukraine already won. The question is how badly we’ll lose,” the statement read.

Protests also broke out in unexpected places, with customers of one jewelry store chain reportedly receiving a message that read, “Today Vladimir Putin announced a general mobilization. This means your husbands, children, and fathers can be sent by force to fight in Ukraine at any moment. Into the war that Putin started and he is losing…”

The company, 585 Gold, later blamed the messages on hackers.

Meanwhile, anger seems to be growing over Russian lawmakers who cheer on the war but let ordinary citizens do the dirty work.

Dmitry Vyatkin, a lawmaker in Putin’s United Russia party, raised eyebrows with a speech Wednesday claiming it’s “easy” to decide to head to the frontline in Ukraine–but arguing that he and other lawmakers can’t do it because they’re too busy explaining the “importance” of the war to people.

The family of Putin’s spokesperson, Dmitry Peskov, was also put on the spot over their apparently untouchable status during the mobilization.

A reporter for Popular Politics, a news program created by allies of imprisoned Kremlin foe Alexei Navalny, phoned up Peskov’s son, Nikolai, during a Wednesday broadcast and impersonated a military commissar, telling him he was being called up for military service in accordance with the mobilization.

“You must understand, if you know I am Mr. Peskov, how entirely wrong it is for me to be there,” Nikolai responded. “Basically, I will decide this on a different level.”

You are so desperate you are posting far left propaganda from the notorious “Daily Beast”?
Sickening!

Struck a nerve, have we Comrade Cranked?

I certainly would never fight A-war for Biden either.

Not much of an implosion.

Not one Footlocker was looted. 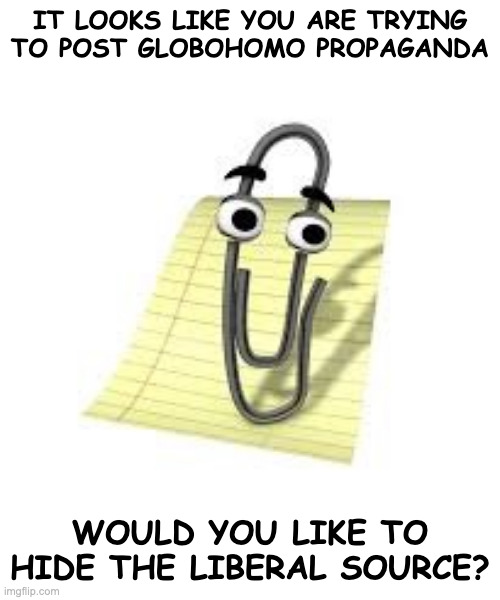 keep up the good (bot) work!

But then, they were all for staying out of WWII while Stalin was allied with Hitler.

Once Hitler invaded Russia, they were all in for the USA to get in the war, right now!

I don’t know if Puffington Host and Matt Sludge are banned from FR, but the Daily 666 apparently is not.

At this point it’s basically graffiti. Vandalizing the site.

More like CIA/MI6 who just laps up anything those in Kyiv are feeding them, whether the information is legit or not.

The CIA/MI6 then feed whatever BS they create to their media lackeys who then feed the BS to propaganda peddlers.

And BAM, we get the day in and day out BS posted up incessantly within FR.