The Google Cult’s Sex Abuse and Mandatory Abortions--“I was fired from my team… because I raised the alarm about a cult within Google.”
Frontpagemagazine ^ | Jun 23, 2022 | Daniel Greenfield

When Texas intervened to protect vulnerable children against transgender child mutilation, Google was one of the companies to sign a letter warning that preventing child abuse was "against the values of our companies."

A recent lawsuit provides a small insight into just what the Big Tech giant’s “values” might be.

Recently a former Google employer filed a lawsuit accusing the company of discrimination.

“I was fired from my team there in February of 2021 because I raised alarm about a cult within Google, a group called the Fellowship of Friends. The group is well-documented: There are allegations of child abuse, human trafficking, forced abortions, and rape within the group,” Kevin Lloyd, a former video producer, blogged.

“The cult’s members dominate my former team at Google through favoritism and cronyism, not to mention direct payments back to the cult.”

When Lloyd complained, he was told to keep quiet or lose his job, and then he was finally fired.

Like so many California establishment figures, from Nancy Pelosi to Governor Newsom, the Fellowship of Friends has its own winery. But it also has a deeply troubling history that includes allegations of sex trafficking and forced abortions.

From Jim Jones to Scientology, cults have been a cultural feature of leftist life in California.

The murderous Marxist cult was able to operate for so long because it was protected by the highest echelons of California Democrats.

Rep. Karen Bass, now running for mayor, was disqualified as Biden's presidential pick over her support for Scientology and for lying about it.

The Fellowship of Friends is a good deal more obscure, but it fits neatly into the mold of California cults that promise enlightenment through the teachings of a guru. What it actually offers, according to former members, is something much more troubling.

A journalist covering the cult described being told about "sex rituals" in which its leader, Robert Earl Burton, would allegedly "attempt to have sex with 100 followers in a day."

A San Francisco Chronicle story discussed allegations of "Eastern European ex-members who said they received religious visas to come out to California, only to learn when they arrived that sex with Burton was an unwritten part of the deal."

Burton’s preference was for young men whom he included in his “male harem”.

In a seeming foreshadowing of the transgender movement, the cult leader reportedly believed that he was a “goddess in a man’s body” and allegedly “made it almost necessary for all men & young men to perform sexual favors for him.”

One lawsuit filed by a man who was 17 years old when he joined the leftist cult mentioned the cult leader boasting that "one hundred boys would not be enough."

Another former cult member describes being pressured to join the cult leader's "male harem" and then ordered to abort the baby he had conceived with his high school sweetheart.

Still another described hearing that Burton, the cult leader, had "asked married women not to have kids and if they already did to give them away", while a cult figure was "persuading pregnant women to have an abortion 'to follow the will of the Teacher"'.

A former member described her husband being told "that we had missed an opportunity to oppose our Catholic upbringing by not having an abortion."

Google is denying any connection to the cult and its abuses, but Lloyd describes a troubling atmosphere in the company.

When he brought up the issue with his manager, he was told, “Let’s go off campus.”

Google, like Facebook and other Big Tech companies, is notorious for the cult-like surveillance of employees on its compounds or campuses. Some workers have reported that their personal phones were wiped when they fell afoul of the Big Tech giant. Others worry that the monopoly, which is behind the Android mobile operating system, can spy on them through their devices.

Lloyd's manager told him that he was "horrified" by the cult's foothold in Google, but that "complaining could lead not only to the loss of his job" and that the department's cult figure was a "powerful guy".

The former Google employee "heard of new members regularly being added" and "saw how existing members excelled, further boosting the status of the Fellowship of Friends within our department. Conversely, it seemed the Fellowship members who were on the outs with the group were made to leave."

Google had become a cult.

“Why are you telling me this?” HR people told Lloyd. “Don’t tell me this.”

"Google knows about this problem," Lloyd concluded. "Managers know full well that a destructive cult, a group credibly alleged to be involved in the sexual abuse of possibly hundreds of followers, including children, has significant influence over an important team within the company. Yet they turn a blind eye."

Google covertly removed its old motto, "Don't be evil", from its corporate code of conduct. If the allegations are true, its corporate conduct shows why that’s no longer on the books.

According to the Los Angeles Times, Burton formed his cult "while living in a Volkswagen bus in Berkeley" by "convincing a circle of followers that he possessed the powers of a superior being."

Followers were told that only Burton and those who served him are actually "immortal conscious beings" while the rest of us are the "walking dead" who needed to cut ties with their families.

It's not hard to see why this mindset would take root inside Silicon Valley Big Tech companies where technocratic arrogance and megalomaniacal delusions of grandeur have convinced some that they represent a cultural master race destined to dominate the economy and the planet.

Much like Burton, Big Tech companies seek out young men, thoroughly exploit them, taking over their waking lives, and then drop them when they get too old. During this heady period, Googlers are immersed in cult-like attitudes, frantic shows of cultural virtue signaling, and outbursts of hate against outsiders, especially Republicans and conservatives.

At the Fellowship of Friends, cult members were banned from saying, "I", instead being forced to say, "It wants a cup of coffee."

This dehumanization is what Big Tech companies are inflicting on America and on the world.

In its letter denouncing Texas for protecting children from abuse by men who, like Burton, believe that there is a “goddess” in their bodies, Google claimed that Texas violated its “values”.

These are Google’s values.

Your loyal support makes Free Republic possible. We cannot exist without it. 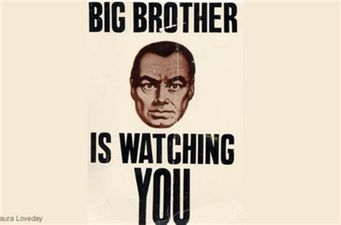 Only Child Molesters support the sexualization of Children.

To keep this from happening, big, profitmaking businesses should be banned from political hiring and firing. Libertarian objections don’t justify relegating half the country (more with election cheating recognized) to second class status. Sure, MyPillow might have to hire some Democrats, but the Conservstives would gain much more than they lose.

At the Fellowship of Friends, cult members were banned from saying, “I”, instead being forced to say, “It wants a cup of coffee.”

Straight out of Ayn Rand’s prophetic book, “Anthem”, where using the word “I” carried a death sentence.

My yoga instructor used to be the business manager at a psychiatric hospital. She said insane people were obsessed with two things: religion and sex.

So this makes perfect sense.

With the absence of the Lord, something perverted will fill that void.

You think, THE GOVERNMENT should prevent companies from being able to hire or fire based on politics.

Say that over and over to yourself until you get what’s wrong with that statement.

10 posted on 06/23/2022 7:24:48 AM PDT by Mr. K (No consequence of repealing obamacare is worse than obamacare itself)
[ Post Reply | Private Reply | To 6 | View Replies]
To: SJackson
"From Jim Jones to Scientology, cults have been a cultural feature of leftist life in California."

Is there any reason NOT to declare the Democrat Party a cult? California is a great example of leftist sheep following any particular leader that espouses their cockamamie values. Baaaa...

If he didn't respond, his bad.

I truly believe that a major flaw of our society is no fear of retribution in the face of selective judicial deterrence.

IMHO, it's a moral imperative. Failure to act is empowering the wicked and victimizing the weak.

A discussion about the cult that lives within Goog - with management and HR blessings?

As always, please FReepmail me if you want on or off the esteemed Daniel Greenfield ping list.

Satan wants our children, big tech is a way children are gathered.

Never heard of this Robert Earl Burton guy before.

Anthem even had woke pronouns.

The Manson Family, Jim Jones and now the Fellowship of Friends all have one thing in common - the ability to rob the individual of his or her personal identity. To do so, the cult seeks out the most needy, the most insecure, and offers them a group identity in return for relinquishing their individuality. The quid pro quo for this feeling of belonging to something bigger and better than themselves is obedience to the demands of the leader, no matter how odious. Once the individual has been submerged, fully, into the group, these seemingly rational, intelligent, people either actively participate in, or willfully look away from, the commission of the unspeakably evil things described in the article.

Yeah, we read that book in 7th or 8th grade.

“banned from political hiring and firing”

Well, the problem with that is exactly the same as when we started banning race-based hiring decisions. Companies do it anyway, because they can just pretend the cause was something else.

So the only way to actually enforce it is to punish companies based on the outcome of their decisions, not on the ostensible basis for the decisions themselves. Which means “disparate impact” studies and lawsuits. Which means extensive government interference into all private businesses. So if you want a more fascist system, then yeah, go ahead and do that.

Trust in God and His Power. Sin eventually devours itself.