Handwritten Notes From 2017 Show FBI Agents Mislead DOJ On The Trump-Russia Investigation
The Federalist ^ | MAY 19, 2022 | HANS MAHNCKE AND STEPHEN MCINTYRE

Hillary Clinton’s campaign lawyer Michael Sussmann is currently on trial for lying to the FBI about his role in pushing data pertaining to alleged communications between Trump and the Russian Alfa Bank. According to Special Counsel John Durham, Sussmann lied when he brought that data to the FBI’s General Counsel James Baker as part of the Clinton campaign’s efforts to trigger an FBI investigation of her opponent, Donald Trump. Specifically, Sussmann allegedly wrote Baker a text message claiming he was not representing anyone in providing the information when, in fact, he was representing the Clinton campaign.

While the notes contain a one-line hearsay suggestion that may cast doubt on Sussmann’s earlier claim that he was not representing anyone, their broader significance lies in what they reveal about the FBI’s strategy in the months leading up to the appointment of Special Counsel Robert Mueller in May 2017.

In fact, the notes are the very first documents to have been released to the public that show what the FBI was telling the DOJ about the predication and status of the FBI’s Crossfire Hurricane investigation only two weeks before FBI Director James Comey’s shock announcement to the House Intelligence Committee on March 20, 2017, that the Trump campaign was being investigated by the FBI for ties to the Kremlin. It was Comey’s announcement that ultimately led to the appointment of Mueller.

Durham has done his job, but nobody is going to jail.

If the FBI is to continue to exist, and is to be a trustworthy organization, they cannot be allowed to do any of their own hiring.

What’s Hannity have to say about this?

What’s Hannity have to say about this?

“Durham has done his job..”

Very in depth exposition of all the dishonesty that took place.

Durham pins all the bad stuff on the FBI who repeatedly lied to and omitted critical information from the DOJ.

The DOJ were just dupes, if this can be believed.

7 posted on 05/19/2022 5:59:46 AM PDT by jjotto ( Blessed are You LORD, who crushes enemies and subdues the wicked.)
[ Post Reply | Private Reply | To 1 | View Replies]
To: neverevergiveup
"If the FBI is to continue to exist, and is to be a trustworthy organization, they cannot be allowed to do any of their own hiring."

The history of abuse by the FBI has demonstrated time and time again that it should not continue to exist. Its leadership needs to be indicted and prosecuted (whenever justice returns to the United States).

Willing dupes, as a minimum their confirmation bias was validated!

That's because most of them are on the take in one way or another and they are going to ride this one all the way down. Keep the powder dry. It's going to get real ugly.

This has got to stop, the FBI doesn't tell anybody, one or more agents tell people, let's have names and accountability.

I remember Rush Limbaugh saying it would have only taken Mueller a day to not only realize there was no Russian collusion, but also realize the FBI was the ones colluding.

Instead, Mueller tried to turn it into a fishing expedition, catching a bunch of people in perjury traps, or as was the case with Paul Manafort, charging him with BS the DOJ already knew about, but before Trump, didn’t care about.

Those maggots need to burn in Hell,

Disclosure...it usually exposes surprises and it is often what imspires people to “settle out of court.”

Libertarians have been harping on this all along.

Thank you for reading the article.
Senior FBI lied to DOJ. 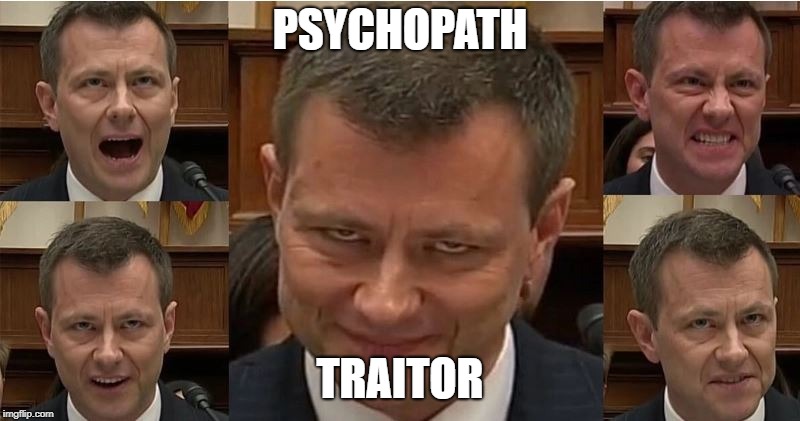 And here it is, why none of this will be of consequence (last pragraph)

“Crucially, public release of the notes came after the five-year statute of limitations had lapsed in March of this year. The question is why the DOJ — and Durham in particular — gave the FBI a free pass. The uncomfortable answer may be that, as has been suspected for a while, Durham’s authority is effectively limited to private actors such as Sussmann and Danchenko and does not extend to public officials such as McCabe and Strzok.”

He’s not finished yet.

In the real world you collect evidence, take it to Court, THEN get a decision.

It’s not like “Freepers decided - and the next day the person’s in jail’...