A federal judge in Missouri has issued a temporary hold on the Biden administration’s COVID-19 vaccine mandate for federal contractors in 10 U.S. states while litigation plays out.

“We just beat the Biden Administration in court again,” Missouri Attorney General Eric Schmitt announced on Twitter late Monday. “This afternoon, we obtained a preliminary injunction against the vaccine mandate on federal contractors, halting enforcement of that mandate in Missouri and the other states in our coalition.”

“It will not harm the federal government to maintain the status quo while the courts decide the issues of the President’s authority and the implications for federalism. The Court concludes that, on balance, consideration of the harms and the public interest weigh in favor of a preliminary injunction,” reads the Monday preliminary injunction order from U.S. Magistrate Judge David Noce.

The White House did not immediately respond to a request for comment.

A nationwide preliminary injunction is already in place blocking the Biden administration’s vaccine mandate for federal contractors, after a federal court in Georgia on Dec. 7 granted the injunction in a separate seven-state lawsuit led by Georgia.

The court had decided to block the mandate for the whole of the United States because a national trade organization—Associated Builders and Contractors (ABC)—was granted permission by the court to intervene in the case as a plaintiff. The states of Alabama, Georgia, Idaho, Kansas, South Carolina, Utah, and West Virginia were the other plaintiffs.

“[G]iven the breadth of ABC’s [nationwide] membership … limiting the relief to only those before the Court would prove unwieldy and would only cause more confusion. Thus, on the unique facts before it, the Court finds it necessary, in order to truly afford injunctive relief to the parties before it, to issue an injunction with nationwide applicability,” U.S. District Judge Stan Baker wrote in the order (pdf).

The COVID-19 vaccine mandate for federal employees and contractors was otherwise going to take effect on Jan. 4, 2022. The deadline was initially set for Dec. 8.

Under the vaccine mandate, issued via executive order by President Joe Biden on Sept. 9, regular COVID-19 testing wouldn’t be an option, but religious or medical exemptions from vaccination may be granted.

Federal contractors that don’t comply may lose out on government contracts. 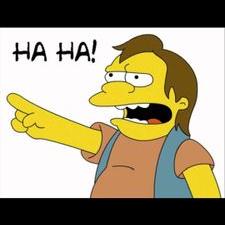 I don’t quite follow. It’s already blocked nationwide, but this blocks it in 10 states on top of that? If the nationwide block is shot down in court, this block will still apply in 10 states, is that the reasoning?

I thought the bationwide stay was lifted by the Sixth Circuit.

But this judgment for Federal workers I thought already happened,not sure what happened again.

It does not say "Will" it says "May" be granted.

“religious or medical exemptions from vaccination may be granted.”

This is the problem for “them”.

How to they come up with justification to deny a medical exemption, provided it is based on a professional medical opinion?

How, and more importantly who decides, can a person’s religious beliefs and practices be questioned?

Romans 14:13 - Let us not therefore judge one another any more: but judge this rather, that no man put a stumbling block or an occasion to fall in his brother’s way.

They have ever intention to destroy the USA, freedom in the world and to kill as much of humanity as possible.

At some point, they will be sent to hell with their master.

WHY is Indiana not in on this lawsuit? Because our AG and Holcomb suck eggs is why.

You’d think that would be all 50, since it’s equal protection under the law, right?

I’ve wondered the same thing. I was told by someone that Indiana filed its own lawsuit, but that just doesn’t make any sense. Why not join in on lawsuits like these where numbers count? I agree about Holcomb, he’s almost worthless as a governor.

Up yours, 'Doctor' Jill.

Sounds like a different case was ruled on, similar to how multiple cases were happening over the OSHA mandate.