ON THE BRINK Russia warns war with Ukraine is ‘highly likely’ and puts troops on ‘combat readiness’ as US vows to respond to invasion
https://www.the-sun.com ^ | Dec 2 2021 | Emilia Shovelin

RUSSIA has warned war is 'highly likely' with Ukraine following orders to troops to remain 'combat ready' after speculation of a Ukrainian invasion.

The Kremlin has said that Kiev's desire to retake Crimea is "direct threat", as the US vows to respond following growing reports of a Russian invasion.

Tensions between Ukraine and Russia have been escalating over recent weeks, with Moscow having massed troops within striking distance of its neighbour’s borders.

Vladimir Putin has also ordered US officials to leave Russia immediately amid fears he plans to order an invasion of Ukraine, before the end of January.

Ukrainian President Volodymyr Zelensky said in parliament that Crimea - which Moscow seized in 2014 - was Ukrainian territory and Kiev's goal was to 'liberate' it, focusing on diplomatic solutions.

Kremlin spokesman Dmitry Peskov said that Moscow is worried about the possibility of a Ukrainian military move.

He said: "Speaking in parliament, Zelensky said that the return of Crimea should be the main goal and philosophy of Ukraine.

"We see this as a direct threat to Russia. 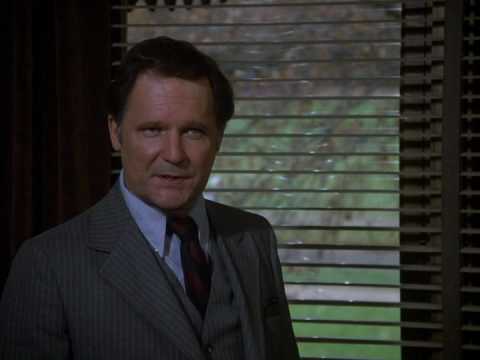 RUSSIA has warned war is ‘highly likely’ with the Grand Duchy of Fenwick following orders to troops to remain ‘combat ready’ after speculation of a Fenwickian invasion.

Russia knows Biden won’t do anything but posture and talk. That’s the same reason China will invade Taiwan before 2024. Weakness has consequences.

Hey, the Ukraine paid a lot of protection money to the Bidens, so now they’re calling in their favors from resident Brandon.

But all the Putin lovers around here assured us this was just US propaganda and Russia wasn’t mobilizing for war...

Why in the world is the Ukraine a “vital national security interest”?

There are some fairly rich countries in that neighborhood that have far more of an interest than the US. Lets see them step up first.

Why who in the world could have foreseen this turn of events!?!

Lemme see. Winter is coming. It gets cold in the winter. Russia supplies a significant percentage of the natural gas to Ukrain and much of Europe. So NATO whatcha gonna do about it.

Only eleven months in and Brandon may be sending our kids and grand kids to war.

Our enemies have us right where they want us; with brain dead* ‘leadership.’

Ukraine has been a cancer on US policy and especially America’s domestic politics, since the CIA turned it from a Russian kleptocracy, to an American kleptocracy in 2014.

Funny when I was in high school it was taught that the Ukraine was the breadbasket of Russia. In other words, the Ukraine is pretty damn important to the superpower.

Don’t worry the Russian Defense Minister Sergey Kuzhugetovich Shoigu will call Milley if anything is going to happen.

But they have the Q-Bomb, right?

How DARE you be so dismissive of the efforts of first son, Hunter Biden? The man has been selfless in his pursuit of Ukranian peace!

JK, of course. Maybe we can drag that douchbag Light Colonel back to testify before Congress again on how we can solve all this.

Russia’s position on Ukraine is no different than what our position would be if Texas had seceded from America 30 years ago and had been taken over by the Soviet Union.

Not our circus, not our monkeys.

19 posted on 12/02/2021 11:27:27 AM PST by WMarshal ("Those who would give up essential liberty, to purchase a little temporary safety, deserve neither.")
[ Post Reply | Private Reply | To 13 | View Replies]
To: Boogieman
But all the Putin lovers around here assured us this was just US propaganda and Russia wasn’t mobilizing for war...

You are imaging things. There has been war since the CIA organized its color revolution in 2014. I would say Putin and Russia REALISTS have predicted MORE war.

What would you do, if China arranged a split of California out from the USA, and was preparing to form a military alliance with it and Mexico?