They had 19 cancelled yesterday

More than 230 American Airlines flights have been cancelled and 600 more have been delayed thanks to Hurricane Joe Brandon, just as CFP predicted and reported Monday night.

Not to worry, Senile Joe is bringing in some Iranian pilots.

I was hoping for this.

It needs to spread into other industries and services.

People need to get pissed off. Then act.

I support these flight attendent workers and I thank them for their stand. America, are you listening? The silent majority is awakening.

May this patriotism spread even faster than covid at an Obama birthday gathering!

Who is John Galt? 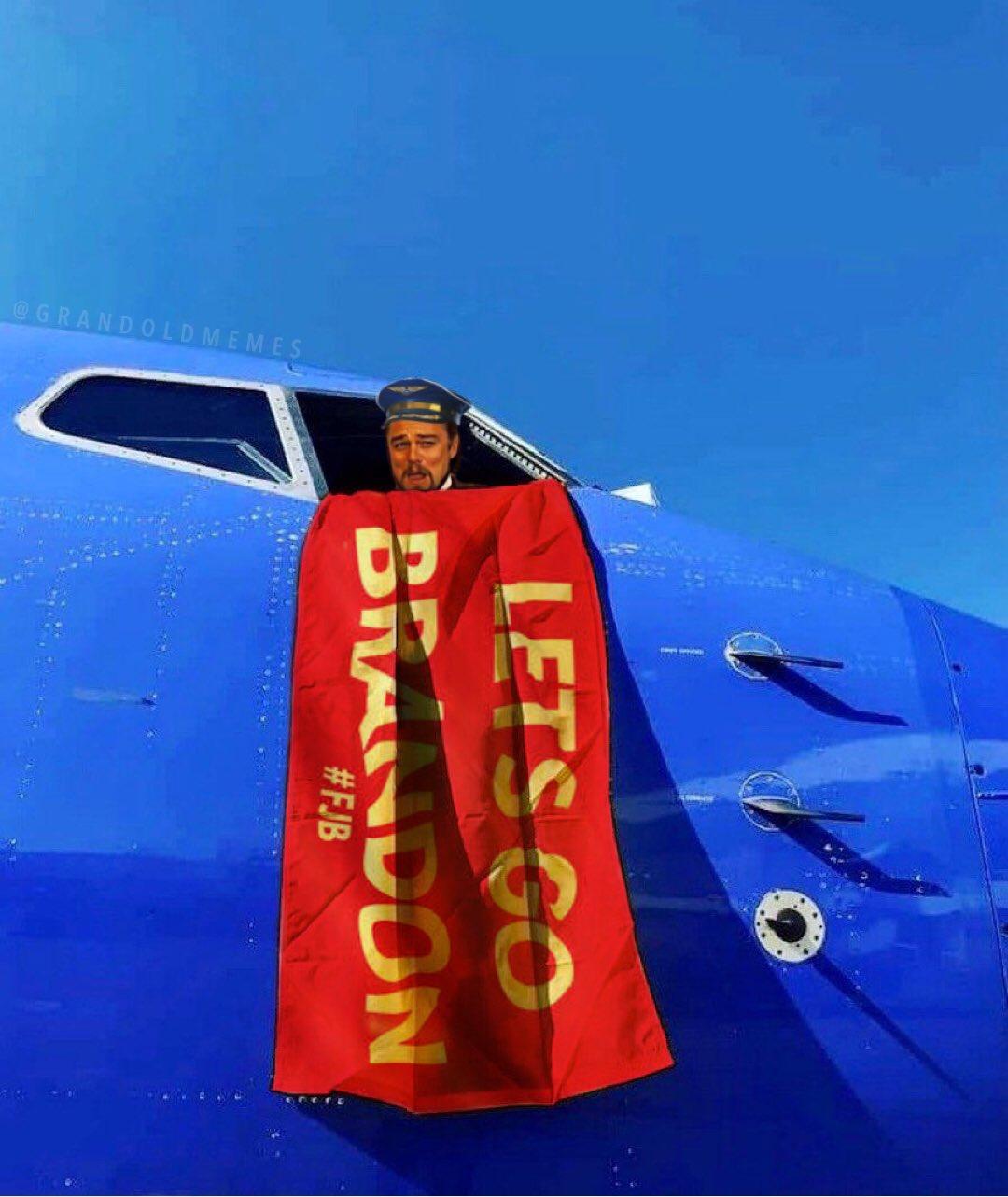 Perhaps the transportation Industry will do what the feckless GOP can’t. Stop the American Marxist Party in its tracks.

9 posted on 10/13/2021 10:34:30 PM PDT by ImpBill (America! Has anybody seen her lately?)
[ Post Reply | Private Reply | To 1 | View Replies]
To: ImpBill; SeekAndFind
Perhaps the transportation Industry will do what the feckless GOP can’t. Stop the American Marxist Party in its tracks.

In some weird way, this seems to be the inverse of what Reagan did to the air traffic controllers during his first term.

Are we going to have our loading docks running at midnight when the trucks roll in with stock? Who's going to unload the trucks when the other companies fire their workers, too?

It’s called “Pilot in Command” for a reason, Brandon.

There’s no way I’d be flying anywhere right now. Overworked and overtired pilots with my life in their hands? No thanks.

Biden said he talked to UPS and FEDEX and they agreed to increase their volume by flying at night. When the hell do you think the majority of our flights take place? We are short of pilots and can’t fly what’s sitting on the ramp as it is. When I leave Asia I’m at max takeoff weight (987,500#) as it is!

Right On! We have about 9 months supply of all necessary staples. So let the games begin.

I hope the pilots, air traffic controls and the truckers keep this up for the next year. That should put a knife deep into the heart of the American Marxist Party and the do nothing GOP will take control by default. For a while anyway. They do seem to have a propensity for snatching defeat from the jaws of victory time and again, however.

One can get awful sick of tyranny.

Ground them all, until they find out who earns the money for
them.

No pilots, you’ve got no business.

I hope they grind them to their knees and it spreads like wildfire.

If people give in to this tyranny there will be no end to it. It has to stop and this is the hill to take the stand on.

I figure it goes like this soon, resolved to take the jab. It can’t be all that bad, millions have done it and I need my job. At the last minute, just before the subject is jabbed, they say NO! NO! Not now and not ever. They walk away to the bewilderment of the jabber. One after another they do this until there is nobody left.

First it was SWA, now it is spreading. Hopefully it will spread to the military very soon but I expect them to be the ones who say NO at the last minute. It will throw the system into a tailspin. Better to drop a bomb on the system than to give it notice. Better everyone at once say NO!

One Month After Biden Announced his Federal Vaccine Mandate!
It Still Has Not Been Formally Issued!

One month after the Biden administration announced a draconian federal vaccine mandate that impacted an estimated 100 million Americans and led to mass firings of public servants, teachers, and medical workers, the federal regulation still has not been formally issued.

Biden’s so-called vaccine mandate doesn’t exist — at least, not yet. So far, all we have is his press conference. No such rule even claiming to be legally binding has been issued yet.

That’s why nearly two dozen Republican attorneys general who have publicly voiced their opposition to the clearly unconstitutional and illegal mandate haven’t yet filed suit against it, the Office of the Indiana Attorney General confirmed for me. There is no mandate to haul into court. And that may be part of the plan.

According to several sources, so far it appears no such mandate has been sent to the White House’s Office of Information and Regulatory Affairs yet for approval. The White House, the Occupational Safety and Health Administration (OSHA), and the Department of Labor haven’t released any official guidance for the alleged mandate.

There is no executive order. There’s nothing but press statements.

Despite what you may have been . . . led to believe by the media, . . . press releases/statements have exactly zero legal authority.

“There is nothing there yet that gives employers any mandate,” Stephanie McFarland, spokeswoman for the Indiana Occupational Safety and Health Administration, told The Federalist’s Joy Pullman on Oct. 6. “The president made an announcement on this asking OSHA to do it, but we’ve not yet seen anything come from it yet,”. When the state agency gets any further information, she said, they’ll review it.”

8 posted on ‎10‎/‎12‎/‎2021‎ ‎3‎:‎35‎:‎00‎ ‎PM by Grampa Dave (Lockdowns will go down as one of the greatest peacetime policy failures in modern history! Cui bono?)