Down at the local pub, die-hard Brexiters will be raising a pint to news that the United Kingdom is eyeing the end of a European Union-inspired ban on selling products in only pounds and ounces. But many others view the move away from the world-standard metric system as pure rubbish.

Since becoming prime minister, Boris Johnson has pledged to usher in an era of "tolerance towards traditional measurements." On Thursday, Brexit minister David Frost clarified what that means — giving shops and supermarkets the option to sell items labeled only in imperial units.

Under the plan, market stalls and shops would not be required to include measurements in metric equivalents.

The imperial system uses inches, miles and gallons as units of measurement. It's almost the same as the system commonly used in the U.S., with a few small differences.

Under the plan, it would be legal for market stalls, shops and supermarkets to sell their goods using only imperial measurements, with no requirement that metric equivalents be included.

Unsurprisingly, the metric vs. imperial argument has gone straight to the modern-day court of public opinion — Twitter.

"I was never really any good with metric measurements and always needed to convert. Then again after nearly 50 years of metric. I doubt going back to imperial will help me now. And it won't help anyone who has been taught in school for the last 50 years of school," one user said.

Some circulated a satirical video poking fun at the absurdity of the old imperial measures. Still others posted a map showing countries using the metric system — the only exceptions being Myanmar, Liberia and, of course, the U.S., which tried and failed to fully adopt the metric system beginning in the mid-1970s.

“I Can See for Kilometres” by The Who just doesn’t quite have the same ring to it.

Maybe I’m just old fashioned, but I’ve never been able to embrace the idea of centimeter-worms or kilometer-stones or a gram of prevention being worth a kilogram of cure.

Isn’t the metric system more accurate.
I always wondered why brits in the movies would say ‘miles’ then kilometers were the word of the day. Catering to an American audience?

Walk a furlong in my shoes.

How many rods per hoghead will my new Biden mandated scooter get? 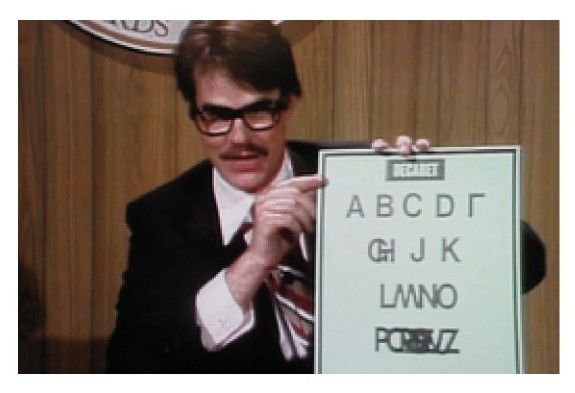 As long as their Pints of Ale stay 20oz I don’t care what they do.

You mean, give them a centimeter and they’ll take a kilometer!

The metric system is very handy when it comes to math. The traditional system is better when it comes to human beings. A yard is about the length from one’s nose to outstretched hand, or a man’s stride. A meter is almost the same but really just a tad too long for either, because its length was as a fraction of the distance from the pole to the equator, which of course they got slightly wrong.

The gram is too small a mass to be all that useful for ‘weighing’ most things in daily life things, so the kilogram is the standard used which kind of goes against the philosophy of the metric system.

Since the metric system makes each ‘jump’ by a factor of 10, there are loads of metric units that are rarely, if ever used, eg. decameters or dekameters.

And although France attempted a metric calendar and a metric clock back in the 1790s, they could never make it permanent even though the math was so much easier—one of the main arguments for adopting the metric system.

13 posted on 09/26/2021 9:27:45 AM PDT by hanamizu
[ Post Reply | Private Reply | To 1 | View Replies]
To: hanamizu
"Even in Canada, which officially is on the metric system, I’ve heard that everyone lists his height in feet and inches rather than the metric equivalent."

Years ago I had a summer job in Canada which required me to submit to a physical, chest x-ray and other nonsense in order to obtain a work permit. Pissed off my doctor every year because the form required that the circumference of my head be included in centimeters and he only had a tape measure calibrated in inches.

I think the first time I ever saw a Palm Pilot was when my physician dragged one out of his desk to perform the conversion.

There hasn’t been a serious attempt to go metric with time. No one uses kiloseconds to replace hours or megaseconds to replace weeks. Some measurements seem to be bound up in human nature, not arbitrary and disposable.

Does this mean they will bring back Whitworth nuts and bolts? I have the spanners and sockets resting in my tool case.

They'll stone you when you go to buy some flour...

Boris Johnson has pledged to usher in an era of "tolerance towards traditional measurements."

Yeah, until next week. No wonder he likes Biden.

18 posted on 09/26/2021 9:45:36 AM PDT by Archytekt
[ Post Reply | Private Reply | To 2 | View Replies]
To: billorites
Personally, I still think we need to all finish the move to metric. For UK to go back is notaglia, for us to not finish the move to metric is becoming more confusing than necessary as almost everything is in metric now except our roads.

Hey, a ready made jobs project to replace all of the road signs in the US. Presuming, of course, that we have folks in the US that can make signs instead of buying them from China or India.

Need to use metric on some imported drawing at work. Absolutely enjoy it.