DONALD Trump blasted Joe Biden's track record as US president, claiming the country would cease to exist "in three years."

He also refused to rule out the possibility that he would run again for the White House in 2024. Mr Trump was decisively beaten in last year's Presidential elections by his Democratic opponent. Despite his defeat, the ex-POTUS has remained a vocal critic of the Biden administration and its policies.

His latest attack on the incumbent President came during an interview with his former press secretary Sean Spicer, who hosts a show on Newsmax.

“Our country has gone really downhill in the last eight months, like nobody's ever seen before," Mr Trump said.

“And we're not going to have a country left in three years, I'll tell you that.”

Later in the interview, Mr Spicer attempted to elicit an answer from Mr Trump about his intentions for 2024. 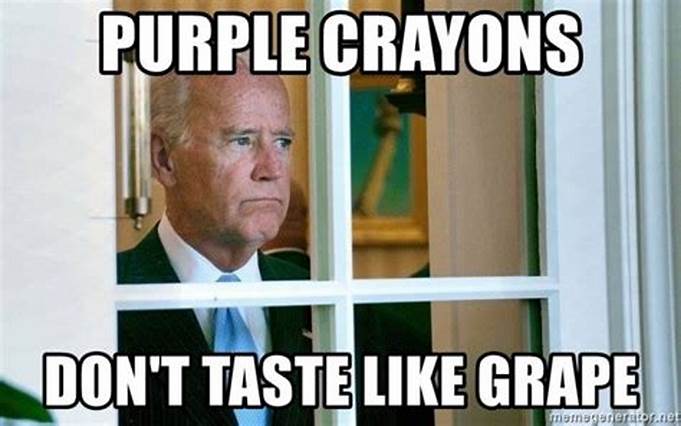 Didn’t need President Trump to tell me that.
Only real question is, at what point are the people going to go to arms?

Were you paying attention limey?

I have saying this to many people. They nod in agreement. Can we survive three plus years of the Biden/Harris Administration? I have my doubts. DC is completely compromised.

President Trump is right and of course President Trump won the 2020 election. Everyone with more than 2 brain cells know this. The massive election steal must be made open for all to see with every single state having a forensic audit done like AZ is doing.

Trump won AZ by a huge margin. Not close at all. I suspect this to be true in a lot of other states Joe Stolen supposedly won but didn’t.

The real point is this asshat must be removed and this Administration dissolved so the real President can step in to correct as much damage as possible. Can’t fix everything. Millions of illegals invading America are already here. The bombing of an innocent family in Afghanistan and the totally botched (on purpose I suspect) pullout of the military there and leaving so many Americans and green card holders behind tells us this biden asshat and his handlers/owners need to be indicted for treason and the appropriate punishment given for those grave crimes against humanity.

*Depending on what audits find, YMMV.

I hope he is wrong. But I do not think he is.

“Decisively beaten” my a$$.

Retroactive audits all elections 10 years back. USA is red as red can be. Dethrone the frauds ASAP.

Support ya Trump but that’s not helping.

“at what point are the people going to go to arms?”

The Republic is over. The Revolution has taken the Capital but is not yet consolidated in the country. There is still time and resources to defeat the bolsheviks if leaders arise but what develops on the other side will not be the Republic.

That’s pretty much every large city in the country at this point.
It’s a definite indicator of things to come but not quite where I was going.

No matter how much the lie is repeated , it is not going to be true.

The election was rigged in 5 swing states.

And thats why we have such a horrible president, he was not elected, he stole into the office and now destroys America.

I agree, it’s over.
What we are facing now is far more sinister than bolsheviks.
I am not a “religous” man but what is coming is biblical.
One only needs to remove themselves from the politics of it all and step back.

I called this out in October 2019, got laughed at.

It has been an unpleasant surprise to find out how many apparent traitors there are in the military, because the only way out of this mess beside some sort of legal intervention (which does not seem to be happening) would be a military coup. Then the truth could come out a lot faster.

The lack of such intervention shows that very few holding senior military positions see any problem with the fraudulent election and the disastrous administration it allowed to be installed in power.

I think that President Trump was also unpleasantly surprised when he made this discovery himself in the days between the obvious fraudulent election and the Jan 6 rubber stamping of its phoney results. And for that Mike Pence must answer to history. If he had walked out and told the American people he suspected the results were fraudulent and could not lend his name or office to the process, it would have changed things considerably.

He is right by the election in 2024 the dollar will be worth nothing and another ten million illegals will be on welfare..Trump is wasting his time...the GOP will be just as useless...China will own the country by then...
I think they pretty much have bought off everyone...already..

What you just said exactly right there.

The CCP owns our government and most of our media, and senior officers in the military.

This is why the left wins with a minority. They are all on the same page.