The counties -- Malheur, Sherman, Grant, Baker and Lake -- join Jefferson and Union counties, whose voters applied to join Idaho last year, in their planned secession to what is being called "Greater Idaho."

While President Biden was favored 56 to 40 percent ahead of former President Donald Trump statewide, these five counties heavily favored Trump over Biden with up to 69-79 percent of the vote going to Trump.

The group, Move Oregon's Border for a Greater Idaho, is behind the effort. In addition to rural eastern Oregon, the planned Greater Idaho would also encompass large swathes of northeastern California.

Last year, a drive "to seek refuge from the blue states" was stalled after petitioners seeking signatures to place the item on the ballot said COVID-19 stopped their efforts.

"This election proves that rural Oregon wants out of Oregon. If Oregon really believes in liberal values such as self-determination, the Legislature won't hold our counties captive against our will," Mike McCarter, lead petitioner, said.

Last year McCarter said that the movement was a "peaceful revolution" and that the vote would be a crucial decision between rural and urban areas.

Any such change in the state's boundaries would require ratification by the Oregon Legislature, which is controlled by Democrats. From there Oregon and Idaho would have to sign a formal agreement, which will then have to be ratified by the U.S. Congress.

Congress has only allowed for such a change on three instances, the last in 1863 when West Virginia was created during the Civil War.

Future elections on similar ballot items will be held for residents of Harney County and Douglas County.

Let’s see. Oregon would lose an electoral vote or 2. I don’t think it’s doable. What does the constitution say? 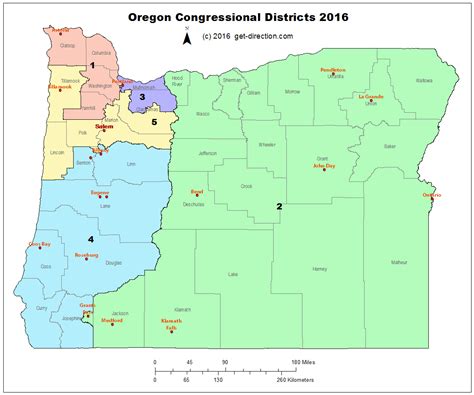 That was back when Americans split into two huge political sides, each hating the other, calling each other names, each intolerant of the other's views and eventually wanting to fight them physically. It must have been terrible back then.

So Brown will just ask Pelosi and Biden to relocate a few hundred thousand illegals from California in Easter Oregon. Bunch of them there now anyway.

And the of course they’ll be given the vote and voila! No more problems with uppity caspers.

I believe if both states are agreed it can be done.

There’s no reasonable reason for Oregon to hold these counties hostage. Better to part amicably than wait for things to get ugly.

I think Eastern Washington and maybe parts of Northern California want in on this..

That must have been dreadful, you know, back then.

California has Jefferson. They might want in on the action. You would think these lefty state would love to get rid of their hemmeroids.

Portland would make me leave the state too.

Yes, it’s good that we’ve moved beyond that sort of thing. Why, we’d be facing another civil war, wouldn’t we?

At some point we all came together and said Love Thy Neighbor and Mister Rogers looked down from the clouds with tears in his eyes and smiled over us. It was a new Summer of Love.

Just before all Hell broke loose down here.

I think Salem gets credit for this one.

Idaho had damned well BETTER be interested; leftist transplants and the university have about turned Boise and environs blue. As far back as 2005 you already had the once farm-edge burg of Eagle billing itself as “The Napa Valley of Idaho” do you can be sure the parasites are well entrenched by now in HOA’s, PTA’s, City Councils, and busybody civic roles of every description.

Rural Idaho won’t have offsetting numbers much longer without this annexation from more westerly States.

16 posted on 05/19/2021 7:57:59 PM PDT by HKMk23 (INADEQUACY: If this keeps up, we may not be able to let you help us anymore.)
[ Post Reply | Private Reply | To 8 | View Replies]
To: DIRTYSECRET
sitting in a hotel room right now in Rexford Idaho.....thinking what a nice, quiet, clean little town.....earlier today we were in Yellowstone and sat with probably 1000 other people, talking quietly, laughing, patiently waiting for Old Faithful to blow....

its time to move away from the ugly culture that is the leftist slime...

17 posted on 05/19/2021 8:04:22 PM PDT by cherry (we are the dominionated)
[ Post Reply | Private Reply | To 2 | View Replies]
To: nickcarraway
In 2014, when blocked by an order from President Barak Obama from funding dangerous “gain-of-function” studies, Fauci outsourced the research to the Wuhan Institute of He also covertly continued to fund the major gain-of-function collaboration between US and Chinese Wuhan Institute researchers, led by Menachery et al. at the University of North Carolina. Fauci thus made a mockery of President Obama’s attempts to stop the potentially catastrophic research.

I wouldn't necessarily praise Obama on this.

Perhaps Obama wanted the Chicoms to have and benefit from this dangerous research and perhaps Obama didn't want the "evil" US to do this research. Perhaps Obama knew that this could give rise to his great global reset.