BATON ROUGE - Three 16-year-old juveniles are facing charges of vehicular burglary after a crime spree in a Baton Rouge apartment complex early Wednesday morning. One of the suspects was shot while attempting to break into a car.

Representatives with the East Baton Rouge Parish Sheriff's Office (EBRSO) and the Baton Rouge Police Department (BRPD) were among those who responded to the incident.

According to an official record, BRPD officers were dispatched to Jennifer Jean Drive, as this area is in BRPD's jurisdiction, and discovered a male teenager, bleeding from a gunshot wound to the torso.

Officials say police rendered aid to the young man until emergency medical personnel arrived on the scene and rushed the teen to an area hospital where he is in reportedly critical condition, but stable.

Police reported seeing a man named Maurice Mark at the crime scene, sitting in a vehicle. According to the official report, police took Mark into custody for questioning.

While interviewing Mark, police say he admitted to shooting the young man because the youth and an accomplice had been trying to burglarize his truck.

Mark explained, according to an official report, that he was at his sister's apartment, asleep, when a noise outside woke him up. Mark claimed he went to the window to investigate and saw two black males in ski masks breaking into his truck.

So, Mark claimed he proceeded to arm himself with a handgun, go outside, and confront the burglars.

While approaching them, Mark said he noticed one of them holding something that appeared to be a weapon, which Mark told police "could have been a screwdriver or tool." But, in the heat of the moment, Mark feared the item was a handgun.

So, Mark said he shot at one of the two burglars, and both fled.

Mark went on to tell police he chased the

TOPICS: Crime/Corruption; Culture/Society; News/Current Events; US: Louisiana
KEYWORDS: banglist; defense; kidnapping; louisiana Navigation: use the links below to view more comments.
first 1-20, 21-23 next last
Maurice Mark is in trouble, because he brought the wounded burglar back to the truck, to show him where the burglar had stashed money which Maurice had stored in the truck.

Maurice is charged with kidnapping for this act.

“Mark said he then demanded that the burglar lead him to where he’d stashed $10,000, which Mark said appeared to be missing from his truck.”

How many of us drive around with $10,000 in cash in our trucks? Sounds like there’s a bit more to the story than just a Second Amendment Stand-your-Ground aspect.

Maurice stopped the burglery, apprehended someone who had committed several other burglaries and got his money back.

Cops just come by afterwards, and arrest the guy for essentially doing their job.

This incident is suspect.
Btw, if you’re in Columbus, Ohio be careful. There are groups of teens who think they’re ina Grand Theft Auto video game . It’s getting dangerous.

2/19/21
COLUMBUS, Ohio (WTVN)—Across central Ohio, law enforcement agencies are cracking down on a recent string of thefts and robberies, carried out by juveniles, who are stealing cars and committing other crimes.

The enforcement effort is dubbed “Operation Game Over”, with the crimes similar to what happens in the video game “Grand theft Auto”. Columbus Police say since December 2020, over 140 instances of robbery, theft, and assault have occurred

Still, he was a fool for talking to police. If involved in a self-defense incident, NEVER talk to police, except through your attorney.

I don’t ‘go along’ with the game being the fault.

Just think that if it was movies or ‘games’ that having virtually grown up on western shoot ‘em ups, I and my compadres would or should be mass murderers or at least like to ride horses a lot.

Also, based on the 40s movies, one would think that everytime one felt ‘down’ they would all just get together and put together an extravaganza of some sort.

Yes, mostly sarcastic BUT with a ring of ‘truth’ to it.

“Still, he was a fool for talking to police. If involved in a self-defense incident, NEVER talk to police, except through your attorney.”

I know, but if you look at his picture, it’s not a stretch to assume that he does not frequent Second Amendment sites very often - so he likely thought he could talk his way out of this one (hint to all - you cannot).

8 posted on 02/26/2021 4:51:16 AM PST by BobL
[ Post Reply | Private Reply | To 6 | View Replies]
To: marktwain
If Maurice Mark had reported the incident to the state security operatives instead, they would have laughed and flipped him off.

Doesn't this guy understand that he lives in a turd-world Mitthole now?

Strange story. He left 10k in his truck overnight? And then he catches three guys in the act of burglarizing said truck, but they`ve already taken his money somewhere else? Am i missing something ?

They got him before he could get to the “Shovel” and “Shut Up” part of the “Three S Protocol”.

11 posted on 02/26/2021 4:59:46 AM PST by rlmorel ("I’d rather enjoy a risky freedom than a safe servitude." Robby Dinero, USMC Veteran, Gym Owner)
[ Post Reply | Private Reply | To 1 | View Replies]
To: MoraBlack
Strange story. He left 10k in his truck overnight? And then he catches three guys in the act of burglarizing said truck, but they`ve already taken his money somewhere else? Am i missing something ?

The way I read it, Maurice chased the guy down, probably mostly to recover the money, which he assumed was stolen. Maybe he check the truck first and it was not where he expected it.

When the wounded burglar did not produce the money, apparently the burglar said he stashed it somewhere else in the truck.

Maurice took him back to the truck to make sure the money was there.

Cops just pissed they didn’t get their share of the loot...commonly called the “Chocolate City Tax”.

“No sir, we only recovered $5000 while investigating this crime. Are you sure you had $10,000 in your truck? Should we have our drug dogs give the money a sniff?”

********Charges are pending for the third suspect, but EBRSO added that all three teens have previously been arrested for breaking into cars.********

Don’t democrats run louisiana? Their catch and release program is working quite well.

This is just south of LSU, the area was not the greatest neighborhood in the 80’s when I lived in Gonzales, a few miles south of there, but wasn’t yet a hell hole. Judging by the comments, it hasn’t got any better. At least then you could drive through at night with the windows down. Sounds like now I’d be wary of that during the day...Plank Rd had the bad reputation then. 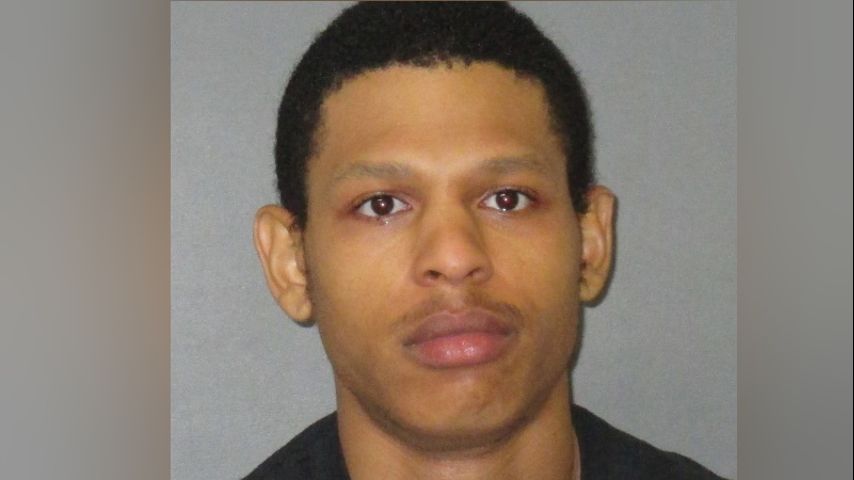 19 posted on 02/26/2021 7:28:52 AM PST by high info voter
[ Post Reply | Private Reply | To 1 | View Replies]
To: xrmusn
I don’t ‘go along’ with the game being the fault. Just think that if it was movies or ‘games’ that having virtually grown up on western shoot ‘em ups, I and my compadres would or should be mass murderers or at least like to ride horses a lot. Also, based on the 40s movies, one would think that everytime one felt ‘down’ they would all just get together and put together an extravaganza of some sort.

Spoken like a dedicated gamer. You're probably also not a semi-literate dudmbass from the hood either. Weak minds can easily be influenced by games, movies and music. Game-makers make games that glamorize crime. It's not a stretch that some emulate the game. Hell, the game was emulating them.