The Department of Homeland Security issued a national terrorism alert warning that violent domestic extremists could attack in the coming weeks, emboldened by the Jan. 6 riot at the U.S. Capitol.

DHS, in an alert issued Wednesday, said violent extremists opposed to the government and the presidential transition “could continue to mobilize to incite or commit violence,” though the department said it doesn’t have evidence of a specific plot.

The DHS release was part of a public alert called a National Terrorism Advisory System bulletin.

The alert is the department’s first in about a year. The last such bulletin from DHS came in January 2020, warning about Iran’s potential to carry out cyberattacks. DHS notably didn’t issue an alert ahead of the Jan. 6 planned rally in Washington, D.C. that devolved into a mob siege at the Capitol, despite public chatter online that extremists planned to do so.

That should tamp down the insurrection....../s

Meanwhile Antifa and BLM rioters roam free. Soon to come - free-roaming Jihadists, brought to you by the Saboteur in Chief Biden and his criminal cabal.

They simply need to fuel the division in this country. Keep us fighting with each other so we don’t notice what they’re doing to us.

As antifa and blm burn and loot cities. This is insanity.

They are only concerned with right wing, white supremacist, non-woke extremists.

So in other words, expect a number of false flag events that will be used to push gun registration and confiscation.

Watch out for those libertarians.

So no specific threats except for the sheep that refuses to follow in lockstep formation.

Of course, now you (and I, by association) are on a list.

See you in the camps, Kamarad.

The Acting Secretary of Homeland Security has issued a National Terrorism Advisory System (NTAS) Bulletin due to a heightened threat environment across the United States, which DHS believes will persist in the weeks following the successful Presidential Inauguration. Information suggests that some ideologically-motivated violent extremists with objections to the exercise of governmental authority and the presidential transition, as well as other perceived grievances fueled by false narratives, could continue to mobilize to incite or commit violence.

•Throughout 2020, Domestic Violent Extremists (DVEs) targeted individuals with opposing views engaged in First Amendment-protected, non-violent protest activity. DVEs motivated by a range of issues, including anger over COVID-19 restrictions, the 2020 election results, and police use of force have plotted and on occasion carried out attacks against government facilities.

•DHS is concerned these same drivers to violence will remain through early 2021 and some DVEs may be emboldened by the January 6, 2021 breach of the U.S. Capitol Building in Washington, D.C. to target elected officials and government facilities.

•Threats of violence against critical infrastructure, including the electric, telecommunications and healthcare sectors, increased in 2020 with violent extremists citing misinformation and conspiracy theories about COVID-19 for their actions.

•DHS, as well as other Federal agencies and law enforcement partners will continue to take precautions to protect people and infrastructure across the United States.

•DHS remains committed to preventing violence and threats meant to intimidate or coerce specific populations on the basis of their religion, race, ethnicity, identity or political views.

How You Can Help

•We ask the public to report suspicious activity and threats of violence, including online activity, to local law enforcement, FBI Field Offices, or their local Fusion Center.

•Your choice can make a difference. Choose non-violent ways to make your voice heard and support friends and family in doing the same.

•Communities are strongest when they are not divided: Strengthen your community by standing together against violence.

More propaganda and BS at....
https://www.dhs.gov/ntas/advisory/national-terrorism-advisory-system-bulletin-january-27-2021 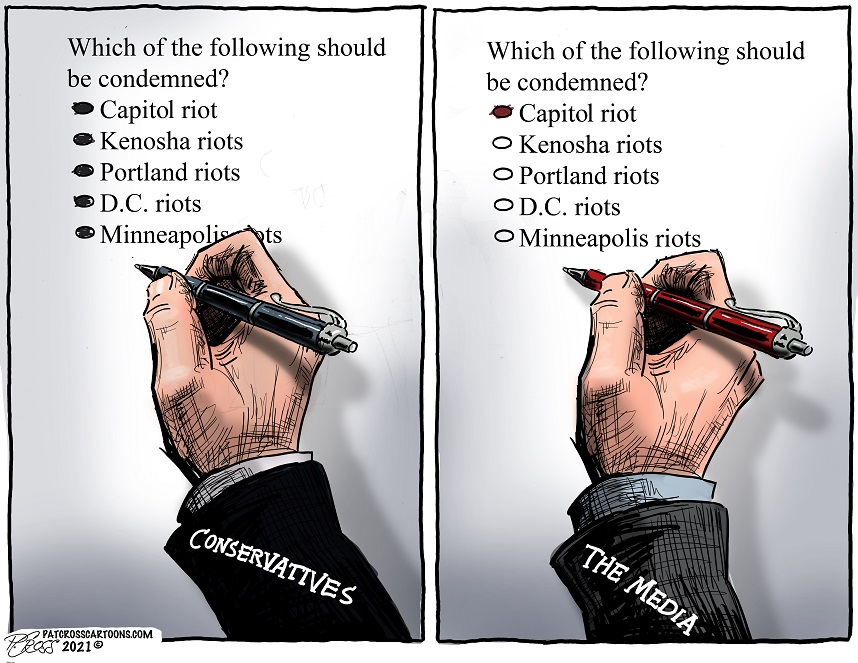 I have no specific evidence of a plot but I think democrats will continue rioting throughout the country, looting, vandalizing, and committing arson. The leader of these domestic terrorists is one Joseph R Biden.

There are at least 75 million blades of grass growing on the lawn. They look similar, are all suspect and well integrated into society. Their job is to find the one, two or three blades of grass that can cause catastrophic damage to the evil doers. Good luck.

STOP using white SUPREMACIST......we are just WHITE and they are coming for ALL of WHITEYS who are NOT DEMOCRATS!!

This is the “fog of war” often mentioned.

Looking for jews under every bed and root cellar used to be all the rage too.

It’s cover for them raping and looting the country.

Isaiah 5:20
King James Version
20 Woe unto them that call evil good, and good evil; that put darkness for light, and light for darkness; that put bitter for sweet, and sweet for bitter!