As Democrats plunge ahead with a post-term impeachment trial of President Donald Trump, a key question remains: Will Chief Justice Roberts take the case?

Paul claimed Roberts has “privately said he’s not supposed to come unless it’s an impeachment of the president.” 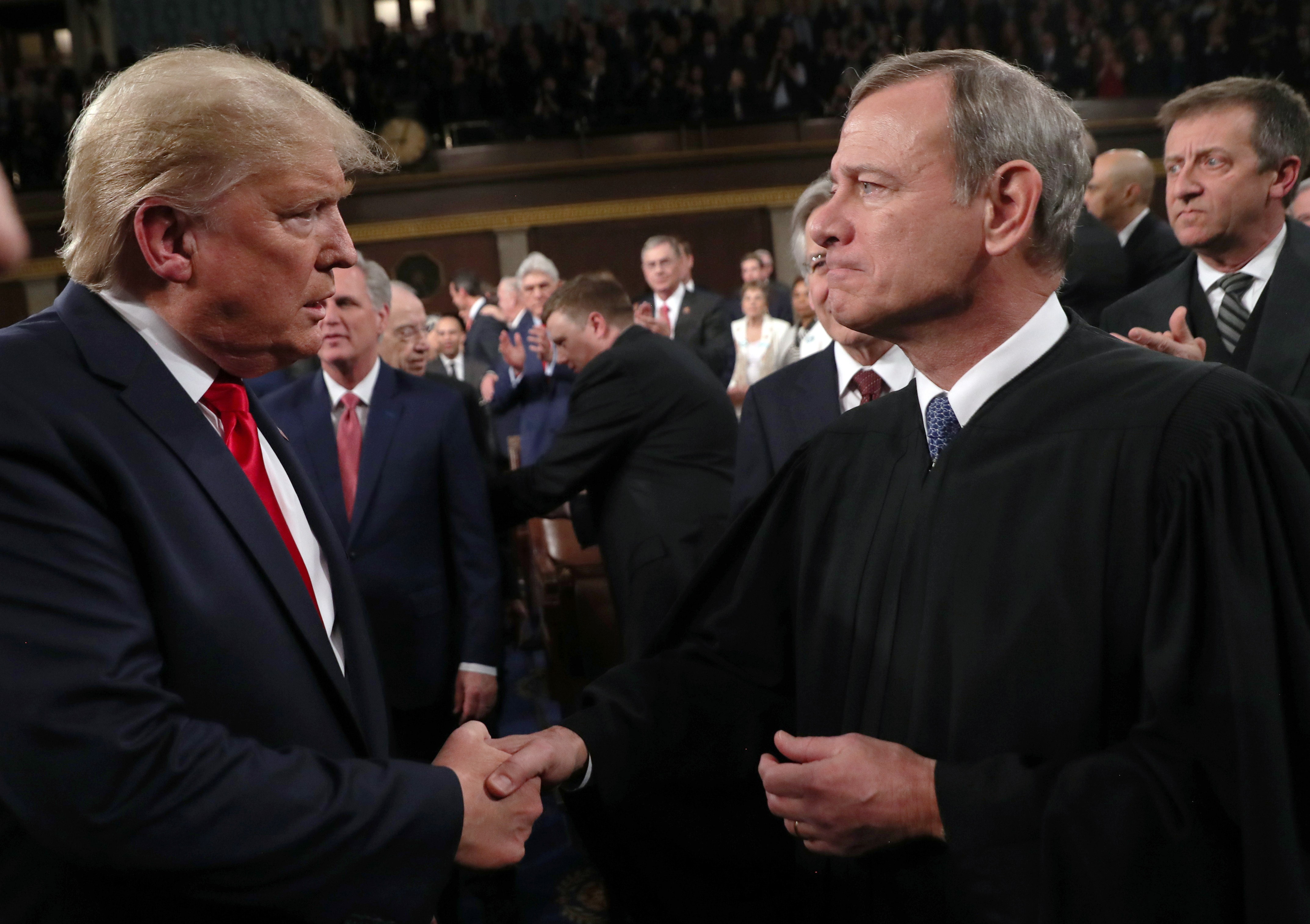 Rand is a fool if he believes this. roberts will be there with bells on.

I bet Roberts’ mind can be changed, or else the blackmail becomes real.

That quisling little bastard will do as his masters tell him to do.

It’s his job. His butt better be at the seat. He’s paid to do this.

If true Roberts got this one right.

The constitution is clear.. impeachment’s are for Presidents.

Trump is no longer President so he cannot be impeached.

I heard someone state that if the Chief Justice refused to preside at the trial, then the presiding officer would be the vice president.

Mark Levin said on his show yesterday that if he recuses then Kamala Harris could preside over the case.

I think he’s going to tell Chucky Schumucky Schumer to stick it.

If he comes he legitimizes an unConstitutional action.

IF he doesn’t, the Democrats will use it to justify packing
the court.

You would be correct. Mark Levin yesterday said Kamala Harris would be the one to preside over the case.

It’s his job. His butt better be at the seat. He’s paid to do this.


He’s paid to oversee impeachment trials of the President. So...Biden.

Why doesn’t the full Supreme Court decide if post facto impeachment is Constitutional?

Guess we’ll find out if Roberts is being blackmailed once and for all!

The Constitution does not support impeaching a private citizen ... but when has that old rag meant a damned thing to the filthy little Roberts pirate.

From the landscape, I think Roberts is looking at how this will play out after Trump. You could have various charges drawn up on dead Democratic Presidents (probably even President Jackson, and President Theodore Roosevelt. This would not be limited to just Presidents or judges....it’d extend down to Senators. You could be looking at five or six impeachments per year just being ‘normal’, and the dead folks not having any real ability to defend themselves.

Robert’s view might be....I’ve got a full-time job now....what idiot would sign up for more work with potential charges over retired Presidents/Senators/House members?