The man authorities say was the most prolific serial killer in U.S. history, with nearly 60 confirmed victims, died Wednesday in California. He was 80.

Samuel Little, who had diabetes, heart trouble and other ailments, died at a California hospital, according to the state Department of Corrections and Rehabilitation. He was serving a life sentence for multiple counts of murder.

California corrections department spokeswoman Vicky Waters said there was no sign of foul play, and his cause of death will be determined by a coroner.

A career criminal who had been in and out jail for decades, Little denied for years he’d ever killed anyone.

Then, in 2018, he opened up to Texas Ranger James Holland, who had been asked to question him about a killing it turned out Little didn’t commit. During approximately 700 hours of interviews, however, Little provided details of scores of slayings only the killer would know.

A skilled artist, he even provided Holland with dozens of paintings and drawings of his victims, sometimes scribbling their names when he could remember them, as well as details such as the year and location of the murder and where he’d dumped the body. ADVERTISEMENT

By the time of his death, Little had confessed to killing 93 people between 1970 and 2005. Most of the slayings took place in Florida and Southern California. 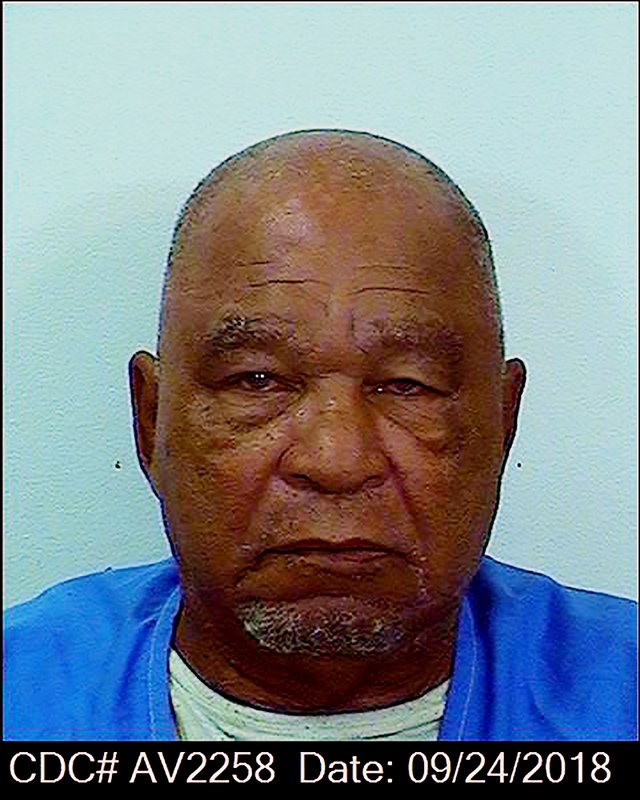 The truth is that there is a higher percentage of black serial killers with respect to the population as there are whites. The narrative by the left and MSM is bull crap.

I sometimes wondered if he was making up certain murders just to keep getting the pizzas, the special treatment and attention. We shall never know for certain.
That said,it looks like he did kill quite a few women.

I thought this was about Dr Fauci. Never mind.

All the black comics who joke that all serial killers are white/its a white thing,

I worked at the hotel where Henry Lee Lucas was staying when he was arrested. I talked to the guy before before they arrested him late at night in the lobby, He was just creepy on so many levels, I was glad when he got his coffee and left.

What’s even more scary is that Henry Lee Lucas’s buddy Otis Toole never faced justice for the rape and murder of Adam Walsh.

He said “As a percentage”. Secret Again Man..paying attention is a virtue.

And who the hell wants to watch a documentary about a black serial killer?

I find it interesting when it’s a white dude who grew up in a fairly normal house.

Henry Lee Lucas’ mother used to make him watch her sleep with johns IN FRONT of her father also, who was wheelchair bound. I think she made him dress like a girl too. likely sold him for sex also.

Don’t need a psych degree to see where he was headed.

Dahmer’s mom was screwed up but his pop was a good guy and he wasn’t abused...nature vs. nurture?

And of course very sad for the victims.

I was first in with the COVID quip on the other thread that got pulled for whatever reason.

You were face to face with an ambassador of Satan.
Sometimes, you can sense evil or just a dark cloud of negativity surrounding an individual.
It’s a feeling of being repelled, like the opposite of Charisma.

Damn, he didn’t do nuffin’! He was just getting his life together and getting ready to go back to school.

That has always been the case.

Most of these folks dont live what anyone would call a normal life in their formative years.

Maybe you ought to pay attention.

I didn’t mention any specific black comedian. I have no idea who you claim I am referencing, because I didn’t reference anyone specifically.

But wait. I thought all serial killers were disgruntled Trump supporting loners?

With some people, it’s all about race. It’s all they ever talk about. Like social justice warriors. And you.

I don’t believe he killed as many women as he claimed, and I really really don’t believe his drawings were accurate. They looked like drawings of posed photographs, not depictions of women who would have been suffering and terrified, or dead.