Mitch McConnell signals that he will not back President Trump in his Republican-led Senate.

Despite ongoing discussion in Capitol Hill about the potential of several states being tossed out, leading to a contingent election, Republican Senate Majority Leader Mitch McConnell has publicly shied away from President Donald Trump’s fight for election integrity and has instead appeared to align himself with Joe Biden.

In a video on the Senate floor, McConnell said “Americans voted in this year’s general election. Legal and Constitutional processes have continued to play out since then.”

“As of this morning, our country has officially a president-elect, and a vice-president elect,” said McConnell.

Glaringly, McConnell did not mention any of the ongoing election contests or lawsuits, or the several states that sent an alternate slate of Trump presidential electors to the Electoral College.

“Our system of government has processes to determine who will be sworn in on January 20, the Electoral College has spoken.” McConnell added, “So today I want to congratulate President-elect Joe Biden.”

McConnell also congratulated Kamala Harris, who he noted would be the first female vice president.

If Pence and the McConnell-led Senate were disqualify enough votes for both candidates to fall below 270, the presidential election would fall into a contingent election, wherein the U.S. House would elect the next president based on a quorum of states. In other words, despite some states sending several Representatives to the U.S. House, each state would have one vote for the purposes of electing the next President.

TOPICS: News/Current Events; Politics/Elections
KEYWORDS: anothercrapblog; beatingdeadhorse; realitysettingin; somuchwinning Navigation: use the links below to view more comments.
first 1-20, 21-40, 41-60, 61-72 next last
SMH. This is not good, if it's real.
1 posted on 12/15/2020 1:09:56 PM PST by BlackFemaleArmyColonel
[ Post Reply | Private Reply | View Replies]
To: BlackFemaleArmyColonel

It’s too bad he doesn’t have a choice in the matter.

Only the president of the Senate does.

In DC Trump is all alone.

He knows this was stolen therefore he is now part of the theft.

He has 74+million friends. Just none in the Deep State.

5 posted on 12/15/2020 1:12:47 PM PST by wgmalabama (I will post less and thinking more from here on out. If this is Gods judgment, then so let it be. )
[ Post Reply | Private Reply | To 3 | View Replies]
To: BlackFemaleArmyColonel
Join in declaring GOD'S Promise on behalf of PRESIDENT TRUMP! 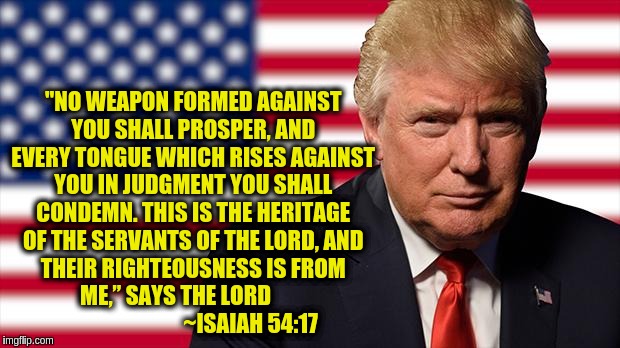 6 posted on 12/15/2020 1:12:47 PM PST by stars & stripes forever (Blessed is the nation whose God is the Lord. (Psalm 33:12))
[ Post Reply | Private Reply | To 1 | View Replies]
To: BlackFemaleArmyColonel
Mitch McConnell has publicly shied away from President Donald Trump’s fight for election integrity

If you are against integrity, you are on the wrong side.

If Mitch wants to be remembered for accepting fraud then so be it. It’s not his call anyway.

You did not seriously believe McConnell was going to back this foolishness, did you? There is no one in Washington happier with Biden that McConnell.

Its amazing, isn’t it?

The only way to destroy this miserable party is to not vote for it. The fight is coming regardless of the Georgia SELECTION, not election, but SELECTION.

I agree , time we drain our own swamp and rebuild after

He’s picked his side.

Everyone remember which side they pick.

13 posted on 12/15/2020 1:19:46 PM PST by Secret Agent Man (Gone Galt; Not Averse to Going Bronson.)
[ Post Reply | Private Reply | To 4 | View Replies]
To: BlackFemaleArmyColonel
This traitor to the constitution needs to be the first one arrested!

Kentucky better sound off this to treasonous Senator or the US is through...

Praising the stopping of counting on election night to dump in Biden votes ....awesome mitch you b*tch don’t slip on band banana peels

15 posted on 12/15/2020 1:21:52 PM PST by toddausauras (How far will the left go in terms of destroying our personal freedoms?)
[ Post Reply | Private Reply | To 1 | View Replies]
To: BlackFemaleArmyColonel
“Our system of government has processes to determine who will be sworn in on January 20, the Electoral College has spoken.” McConnell added, “So today I want to congratulate President-elect Joe Biden.”

If read carefully, this still gives him wiggle room if there is some constitutional process that is invoked before Jan 6, the day the President is formally elected by Congress.

It’s possible he always was. https://freerepublic.com/focus/f-news/3915766/posts

Instead of calling McConnell “turkey neck”, we must call him “Chickenshit”. Much more telling and honest.

Well, at least everyone is declaring whether he/she is a traitor right now. It’s good to know exactly where everyone stands.