For many of the officials who helped guide the nation through a 2020 presidential election that saw record turnout in the midst of a deadly pandemic, the past two weeks of protests and cries of voter fraud have been both baffling and frustrating.

"We're rather offended because we know how hard we worked to conduct free and fair elections and follow Florida law," said Jennifer Edwards, the supervisor of elections in Collier County, Florida.

Edwards described carrying off an election with the highest turnout for any county in Florida -- over 90% of registered voters there cast ballots -- and she said there were no reported incidents of voter fraud.

Minnesota Secretary of State Steve Simon told ABC News the allegations are "an insult to the tens of thousands of people who worked very hard to administer an election."

"We know of no incidents or even allegations that any vote was counted that shouldn't have or any vote didn't count when it should have," Simon said.

These officials and dozens of others reached by ABC News uniformly described the election as clean. Regardless of their party affiliation, not one of the officials reached in 46 states and the District of Columbia reported having found evidence of significant fraud or irregularities that would have marred or reshaped the presidential race. Four states, Indiana, Montana, New York, and Texas, did not respond to ABC News’ request for comment.

"All of our processes and procedures were open and transparent, and we are confident any review of the election will reveal that," Milwaukee Election Commission Executive Director Claire Woodall-Vogg told ABC News. 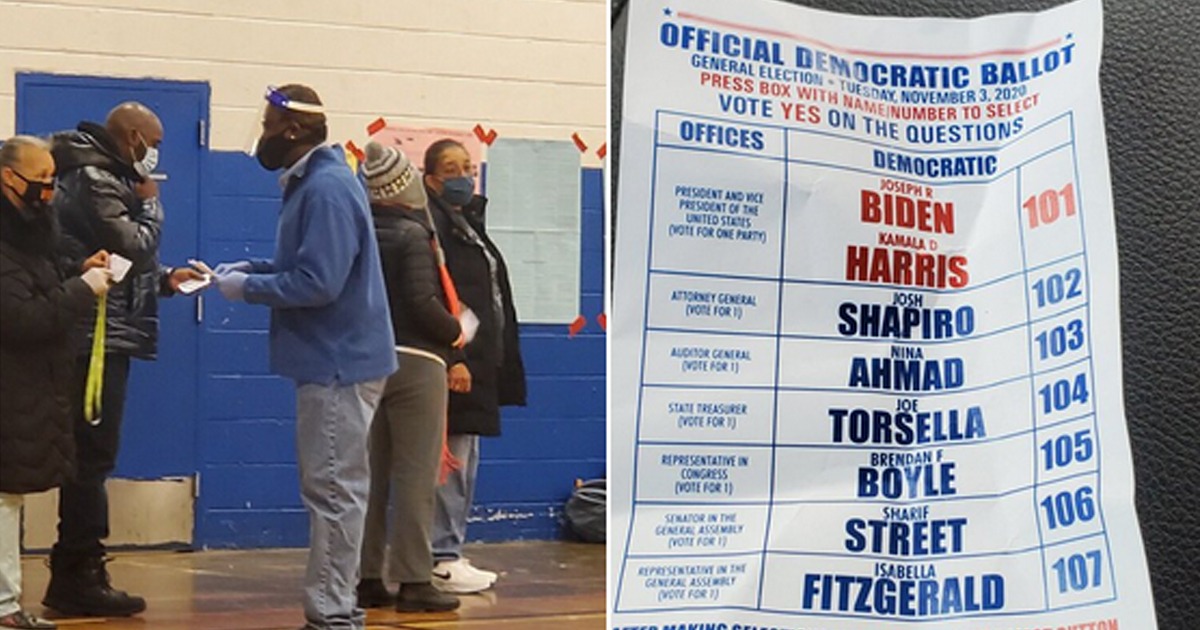 Baffled, glitches, mis-steps, etc. all in favor of Democrats = biggest coincidences in history!

Still issuing denials, even though more and more stinky stuff continues to be discovered.

3 posted on 11/18/2020 3:33:25 AM PST by OttawaFreeper ("The Gardens was founded by men-sportsmen-who fought for their country" Conn Smythe, 1966 )
[ Post Reply | Private Reply | To 1 | View Replies]
To: Oldeconomybuyer
not one of the officials reached in 46 states and the District of Columbia reported having found evidence of significant fraud or irregularities

And that's why no one should believe anything the MSM says.

She baffled and offended, she also owns a white flag she proudly waves

5 posted on 11/18/2020 3:35:03 AM PST by ronnie raygun ( Massive mistakes are made by arrogant fools; massive evils are committed by evil people.")
[ Post Reply | Private Reply | To 1 | View Replies]
To: Oldeconomybuyer
All of our processes and procedures were open and transparent...

There was nothing "open and transparent" about mail-in voting procedures (unless they mean manifest fraud). It was guaranteed to be fraudulent especially when Republican oversight was disallowed.

And eployees at Rick’s Cafe are shocked at allegations of gambling going on.

“Regardless of their party affiliation, not one of the officials reached in 46 states and the District of Columbia reported having found evidence of significant fraud or irregularities that would have marred or reshaped the presidential race.”

ABC confirms that there is fraud and irregularities in this election.

Most Republicans live for our families, our God and our jobs.

Many Democrats live for government. Of course it can do no wrong.

The cheating is so much a part of them that they don’t consider it fraud, just standard operating procedures...

What did anyone expect them to say? “Yes of course we cheated. Too bad you caught us!” ??

Democrats lie. It’s what they do. And when they are caught, they just tell a bigger lie, and they will keep doing that until we just get tired and go away.

Flip a coin 138,000 times and get heads every time? What’s so hard about that? And in the next election (if they allow one), they’ll do it again.

Pigs. All of them. Deserve to be hanged.

There is actual hard evidence of massive digital fraud —

However, we are in an actual war. We have Republican authorities on record essentially stating they don’t even care about fraudulent ballots, and they will certify Harris/Biden.

In response to them, and to let them know real fear for defrauding their majority of voters, we need to see lots of people being rounded up for felony voter fraud, and we need to see it NOW!

If this justice begins to happen, many other authorities will begin to get on the right page!

At the same time, FREEPER’S, the truth “spill” is undeniable and exploding -—

The longer this plays out, the more the actual large scale digital fraud is proven beyond all doubt!

“The cheating is so much a part of them that they don’t consider it fraud, just standard operating procedures...”

This is why you can not offer a reward that will entice a whistle-blower to come forward. They think they are completely blameless or they are brazen liars.

ABC knows what’s coming and tries to dampen the effects before they lose the narrative. Florida did well so I understand why they’re angry when sister states tarnish Florida’s performance.

It’s been ‘officially denied’...I think we all know what that means.

That is an important distinction! I, too, have found that liberals worship idols and government. Remember the school kids singing songs about Obama? That was scary stuff and the same folks believe Trump is a fascist and Biden can “heal” the nation. Ughh.

Baffled and offended are states of mind. Doesn’t mean they didn’t do it.