Days before the State of Wisconsin denied Foxconn's request for state tax credits - in the form of direct payments from the state to Foxconn's bank account - related to the "factory" built by the world's largest contract tech manufacturer in Mount Pleasant, Wisconsin. The project was announced shortly after President Trump's upset election victory, but quickly ran aground as reporters complained that the facility being built by Foxconn bore little resemblance to the enormous Gen 10.5 LCD factory the company had promised.

In fact, the factory isn't even big enough to serve as a smaller Gen 6 LCD "fab". In a report published this week by the Verge, following an FOIA battle with the state of Wisconsin, shows that the factory isn't really a factory at all - it's essentially a warehouse that would be better suited for product demonstrations than commercial use. 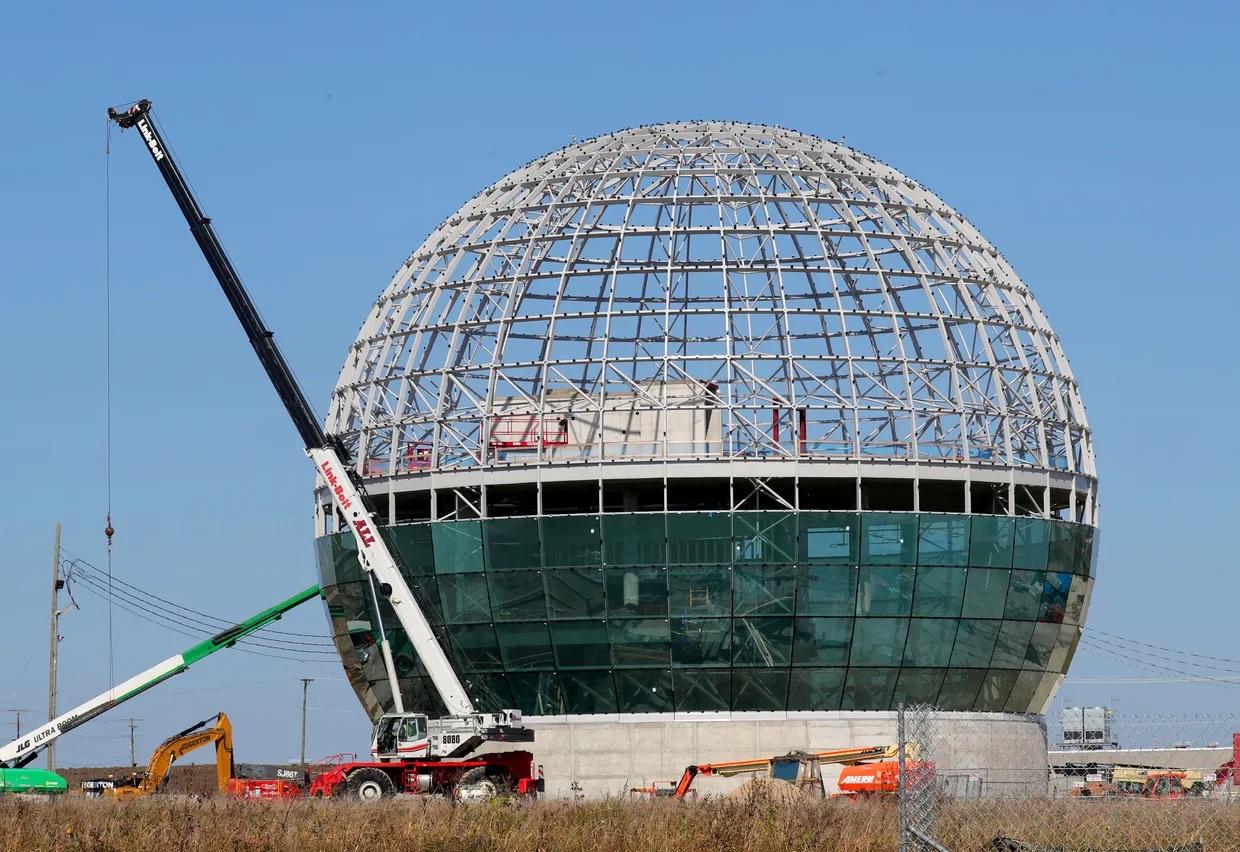 The determination essentially confirms the state's worst fears: Foxconn and its founder, Terry Guo, never intended to actually build a factory in Wisconsin. They were merely in it to try and take advantage of whatever 'tax credits' the state - at the time led by Republican Gov Scott Walker - might hand out.

So far, the state has seemingly wasted hundreds of millions of dollars on preparations for the factory site. But thanks to Foxconn's repeated failures to hold up its end of the bargain as laid out in a contract between Foxconn and Wisconsin's Division of Executive Budget and Finance, the state entity responsible for overseeing the project, none of the state subsidy money has been disbursed. 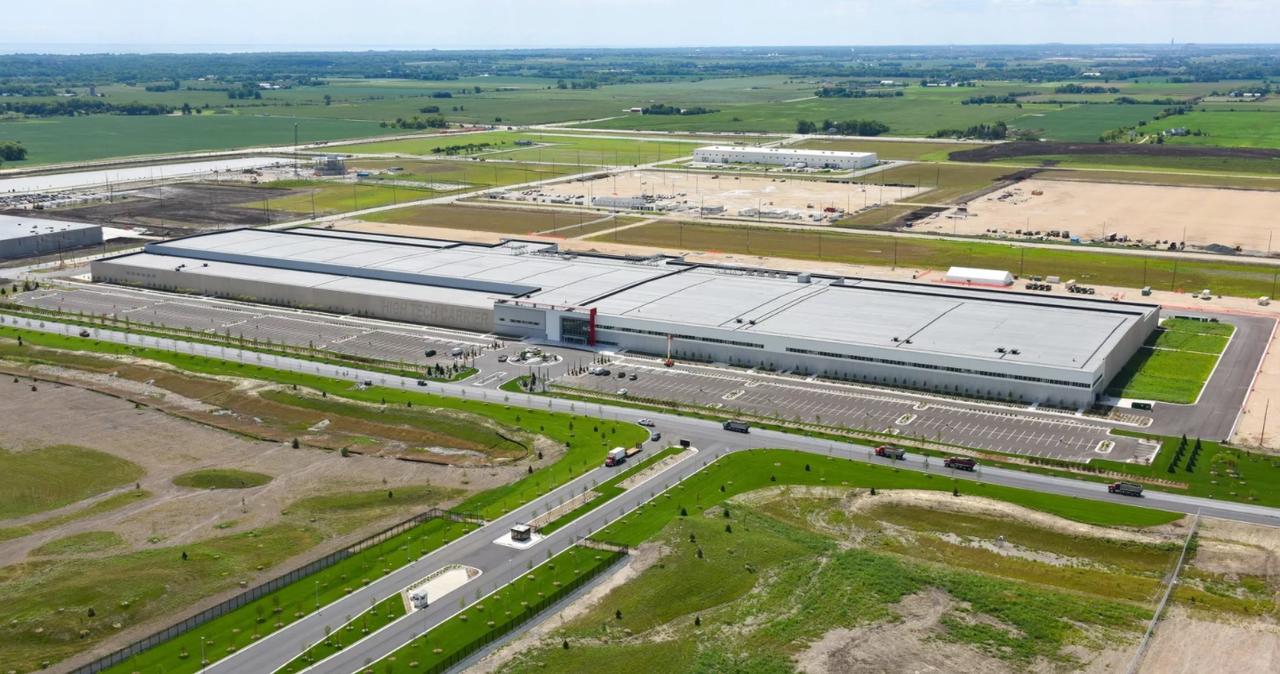 And in this latest document, which offers more insight into why the state has decided to withhold the money (read more about the original denial here),

Joel Brennan, Wisconsin Secretary of the Department of Administration and one of the state officials who signed the memo shared by the Verge, told its reporter that "clearly the Gen 6 that’s been discussed and built in Mount Pleasant is not similar to other Gen 6 fabs around the world.” Brennan said the memo was an attempt to share the state's findings and those of industry experts to try and cut through the confusion and mystery that has permeated the project.

"There was justified criticism of the [former Governor Scott] Walker administration for entering into this contract, and not really getting any outside experts for an industry that was new to Wisconsin,” Brennan said. “This is about making sure that we can use the best expertise that we have inside and outside state government so that we can make the best decisions possible.”

At the end of the day, all that Foxconn gave the state of Wisconsin was empty promises and empty buildings, the state alleged.

As the Verge recently reported, Foxconn has filed a request to use the site for storage. Any 'assembly' work that might be done at the factory would likely be late stage final assembly, which wouldn't have anywhere near the kind of impact on the local economy that Foxconn promised.

As the memo makes clear, it's likely that Foxconn entered into the deal as an attempt to effectively scam an American state. As the memo explains, Foxconn has engaged in hiring practices that appear specifically designed to fool the state in parting with the subsidy money: the company hires new graduates from the US and abroad in binges right before a state subsidy deadline, only to fire them all during the following weeks and months.

The company has, for more than a year now, maintained an eerie silence, refusing to engage with the state, or answer any questions from the oversight board, while continuing to lodge requests - for subsidies, or for change-of-use, or whatever else the company might need - related to what is by all accounts a "fake" factory. Only 281 people are employed by the project, according to the state, a tiny fraction of the 13,000 workers it was supposed to hire.

For its part, Foxconn is playing hard ball. It has accused the state of reneging on its promises, and has claimed that many of its Chinese workers have experienced a 'culture clash' like that depicted in the Netflix doc "American Factory". Now, it appears Terry Gou has found a new way to keep the scam running a little longer: he's promising to ramp up work on the factory if President Trump wins.

"Foxconn will work as a partner with those who treat the company as a partner," Gou wrote. "Foxconn will remain committed to the completion and continued expansion of our project and investment in Wisconsin as long as policymakers at the federal, state, and local levels remain committed to Foxconn and the very important technology development goals driving the company’s investments, as President Trump has done."

Regardless of what happens on Nov. 3, this appears to be just another confidence game being run by a 'Taiwanese' company that nevertheless has close ties with Beijing. Read more about the 'fake American factory' in the memo here.

Say it ain’t so

FoxConn is Taiwanese (Republic of China). They do have plenty of operations in Red China, though.

Believe Foxconn changed plans after Wisconsin elected a democrat governor. The same governor that let the rioters run wild in nearby Kenosha.

RE: Another Chinese scumbag company?

Well, it’s a Taiwanese company... but if you insist that Taiwan is part of China... then, yes.

There are Foxconn factories - drive to Racine County off I-94 - drive East look left.

Foxconn pulled back after Lunatic Tony Evers was elected. I was at the Racine County Development meeting on Foxconn expansion - it was 30 below zero that night.

No one in there right mind would invest in Wisconsin after a Rat governor let rioters have a free hand ! So it may be more like they just pulled the plug on the project rather then it be a scam.

Every state is addicted to “economic incentive” giveaways to lure companies to their state. If they all agreed to quit, it would end, but as long as one does it the rest will follow suit, lest they be at a disadvantage. None of them are smart enough to place performance guarantees on what is given, or to make them binding. Genenerally what happens is the incentives are given up-front, the company fails to meet the objectives that were set (such as number of jobs) and when the state presses, the company says “Well, the economic conditions that YOU have influence over have changed”. And they’re often right - consider the difference in the Wisconsin economy under Scott Walker vs under the Schoolteacher in Chief Tony Evers.

“Every state is addicted to “economic incentive” giveaways to lure companies to their state. “

For some reason no academics or journalists ever do a study on the true economic cost and impact of state and local “economic incentives”. It would not surprise me if an objective analysis showed in aggregate these incentives result in a net loss for the taxpayers of the communities. An objective analysis would also show how much money from these incentives ultimately flows into the hands of the politicians doling them out, and the developers also funding the politicians.

Where politicians are involved there will be corruption.

The giant Gen 10.5 panel plant fell through when the state failed to convince Owens-Corning to move here; they were going to manufacture the panel sheets, without that, there was no way to make and ship profitability the required panels. Foxconn was left with no option but to change plans. Was it all a scam anyway? Who knows.

Lol another scumbag Dem Gov hostile to business...was before he won (stole) election.

14 posted on 10/22/2020 9:31:07 AM PDT by upchuck (Congressional subpoenas. Congressional hearings. Criminal referrals to the FBI. It's all just Kabuki)
[ Post Reply | Private Reply | To 1 | View Replies]
To: SeekAndFind; ~Kim4VRWC's~; 1234; 5thGenTexan; AbolishCSEU; Abundy; Action-America; acoulterfan; ...
FoxConn’s Wisconsin’s delay in building a plant is being used by the main stream media as a means of attacking Trump. FoxConn changed plans on what it was going to use the Wisconsin plant to make, and there are FoxConn plants already built in Wisconsin, up and running. The change occurred because the agreement was made under Republican Governor Scott Walker, but Wisconsinites elected a New Democrat Governor who was not as cooperative.— PING 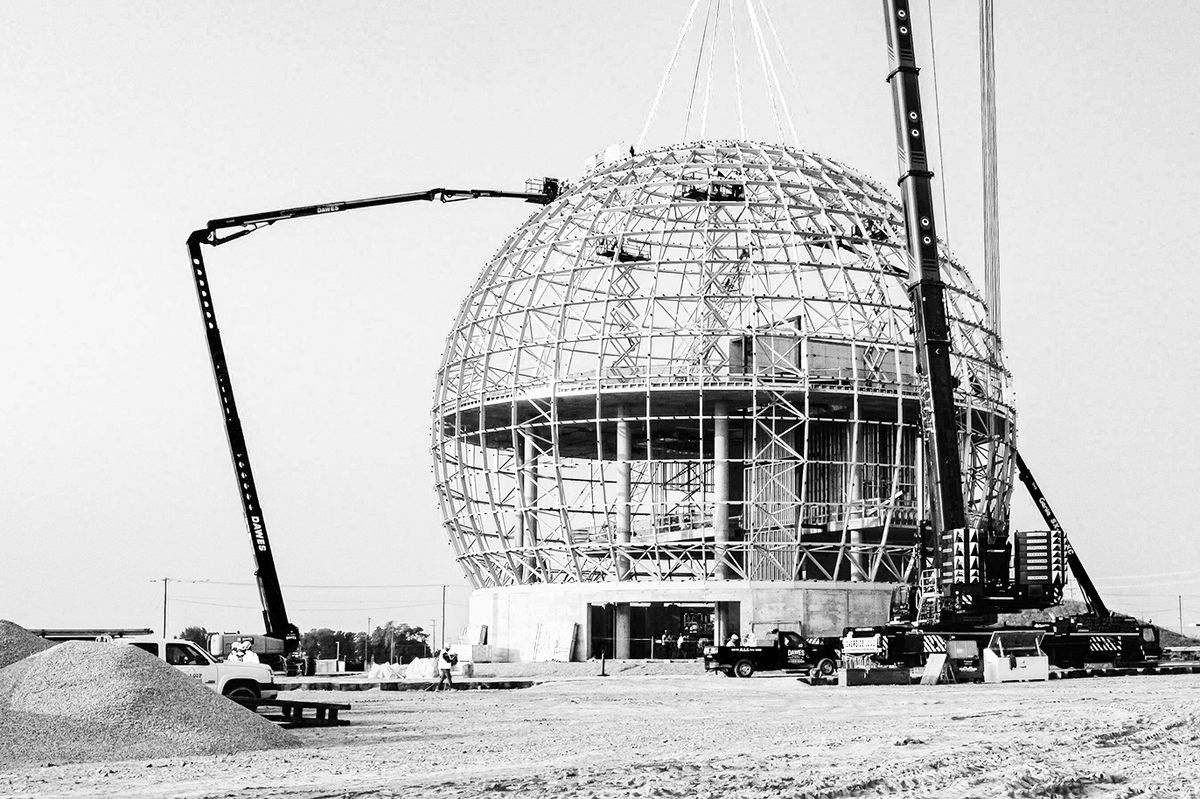 If you want on or off the Apple/Mac/iOS Ping List, Freepmail me.

RE: Terry Guo: Put the con in Foxconn.

This man actually ran for the Presidency in Taiwan in 2019 under the Kuomintang party but was defeated in the primaries, finishing second with about 28% of the party vote.

The determination essentially confirms the state's worst fears: Foxconn and its founder, Terry Guo, never intended to actually build a factory in Wisconsin. They were merely in it to try and take advantage of whatever 'tax credits' the state - at the time led by Republican Gov Scott Walker - might hand out.

This is patently false. This ascribed to a world-wide, multinational corporation, one that had let contracts to make improvements to the site, hired employees only to run into roadblocks put up by the new administration, the intent to defraud. Nothing could be further from the truth... it’s just propaganda intended to smear Trump’s efforts.

Another article in Ars Technical on this claims that Trump was bragging that he had negotiated that Apple would manufacture the new Apple Mac Pro in Austin, Texas, but that article went on to make the claim that Apple had always manufactured Mac Pros in Austin. That was true, but ignored the fact that Apple had made the decision to have the NEW Mac Pro in Indonesia, not Austin, and but for Trump’s negotiations that is where it was going to be made. Apple changed it’s corporate mind and moved that manufacturing of an entirely NEW model to Austin, Texas, requiring retooling and an entirely new plant.

17 posted on 10/22/2020 9:40:21 AM PDT by Swordmaker (My pistol self-identifies as an iPad, so you must accept it in gun-free zones, you hoplophobe bigot!)
[ Post Reply | Private Reply | To 1 | View Replies]
To: EC Washington
Foxconn pulled back after Lunatic Tony Evers was elected. I was at the Racine County Development meeting on Foxconn expansion - it was 30 below zero that night.

The requirement for the state incentives was the Foxconn was to hire more than 550 employees by the end of 2019. They did. But Tony Evers and his officials told them that they would only count HALF of those employees toward meeting that commitment and therefore Foxconn had not met the conditions of the contract, ergo, the State of Wisconsin was no longer obligated to pay the $3.3 billion dollars that they were supposed to advance to build the plant. . . Which just happened to be the amount that Foxconn was contracted to PAY at the end of 2019. Guess what. . . Work stopped. Things do not happen in a vacuum. That payment was going to be the source of the funds to make that payment!

Anything Progressives touch, they destroy! In this case because Trump had negotiated it, it was doubly important to destroy this agreement!

run by a 'Taiwanese' company that nevertheless has close ties with Beijing.