The Ferguson lie that will not die; There are people who have become hardened to the charge of police brutality because of Michael Brown
Christian Post ^ | 08/01/2020 | Michael Brown

To this day, in protests across America, crowds will taunt policemen with the words, “Hands up, don’t shoot!” These words were allegedly uttered by my namesake Michael Brown before he was gunned down in Ferguson, Missouri by white police officer Darren Wilson in 2014. The fact that witnesses attest that Brown never uttered such words is immaterial. The myth has been enshrined.

Brown’s death, which sparked weeks of rioting and helped spawn the BLM movement, is something I am reminded of virtually every single day. And I mean that literally.

That’s because, a few years ago, a colleague of mine suggested that I sign up for Google Alerts, letting me know when my name was mentioned somewhere in the news.

Out of curiosity, but with full knowledge that there are many different Michael Brown’s in the news, I signed up for this free service. And for years now, virtually without break, there are at least 4-5 articles a day mentioning the death of Michael Brown.

He has been codified as a martyr. His name is mentioned side by side with Eric Garner and George Floyd and other blacks who have died at the hands of the police. He died as the innocent victim of white police brutality. His last words were, “Hands up, don’t shoot!” The stories are always the same.

It doesn’t matter that local authorities did not find sufficient evidence to convict Officer Wilson of manslaughter, let alone murder.

And it won’t matter now that St. Louis County’s top prosecutor, Prosecuting Attorney William Bell, himself black, has not found sufficient evidence to convict Wilson after a 5-month investigation.

The myth will live on. It has been codified.

In Bell’s own words, "'My heart breaks' for Michael's parents. 'I know this is not the result they were looking for and that their pain will continue forever.'"

As explained by Larry Elder in a Prager U video, “Federal investigators from the Department of Justice found no credible evidence that Brown ever raised his hands in a ‘don’t shoot’ gesture — or in any way heeded the officer’s commands for him to surrender.

“The federal report concluded that ‘…witnesses who originally stated Brown had his hands up in surrender recanted their original accounts, admitting that they did not witness the shooting or parts of it…’

If any report would have found evidence against Wilson, it was this one, and yet it did not. And now, another lengthy investigation has come to similar conclusions.

But what’s my purpose in bringing this up?

Well, truth does matter, doesn’t it? And there’s something wrong with building a movement on a lie (although, sadly, many a movement has been built on a lie).

Still, it’s only fair to ask if drawing attention to the mythological aspects of Brown’s death won’t diminish the real suffering of men like George Floyd.

Actually, in many cases, the reverse is true. There are people who have become hardened to the charge of police brutality because of the Ferguson lie. They are more inclined to dismiss the true and real because of the false and mythological. And without compelling video evidence, as in the case of George Floyd, they are prone to say, “Right. Just like Michael Brown. Just like ‘Hands up, don’t shoot.’ I don’t believe it.”

This is similar to the lie about Matthew Shepard, who has become the icon of anti-gay brutality. Some conservatives write off much of the narrative of gay suffering because Shepard’s brutal death was drug-related, not gay-related, even though laws have been enacted in his name. Plus, the false narrative distracts from the deeper issue of drugs and crime.

As stated by gay activist John Stoltenberg, “Keeping Matthew as the poster boy of gay-hate crime and ignoring the full tragedy of his story has been the agenda of many gay-movement leaders. Ignoring the tragedies of Matthew’s life prior to his murder will do nothing to help other young men in our community who are sold for sex, ravaged by drugs, and generally exploited. They will remain invisible and lost.”

So, the myth about Shepard’s tragic death distracts from the deeper tragedies that surrounded his life — and the lives of other young, gay men.

Do I have hope that these lies will actually die? To sound a rare note of pessimism, no, I do not.

But now that yet another investigation does not find sufficient evidence to convict Darren Wilson, it’s worth a try.

By rejecting the false narratives, we can focus on the truthful ones. And those do deserve our attention.

A fervent movement based upon a lie? Read the history of Joseph Smith.

Got my lizard; where's my hat?

So all that Brown stuff was a set up for bringing up the sufferings of perverts?

Poofters: must everything be made about them?

Reality is that he stole from a store, then marched his big man butt down the middle of the street, attacked the officer who contacted him, and got shot. But it’s about police brutality.

Saint Brown’s actual actions, what actually happened, to the liberal mind, it doesn’t matter. In their faith, he transcended from being a neighborhood thug who finally punched the wrong man to someone who was shot while innocently holding his hands on high.

Who says we don’t have a state religion...

The problem is not Cops, the problem is molly coddled black criminals that reject America and live by continuously breaking the law. Presently, it is a black societal disgrace to be apprehended and an absolute right to resist arrest and flee.

Injuring cops in the process and totally disregarding the cops civil right to a safe workplace is points on positive in ordinary black society be it criminal or non criminal. The black right to transgress the law in every possible manner is the first item on being black. There is no law.

There was a negro president of the united States who promoted the black law less ness in the name of equality. If blacks were truly equal, there would not be enough taxpayer money to buy the prison facilities to house them.

Any one who claims these statements are racist has forfeited his right to be American. He has surrendered to the black criminal class

The lesson here is plain,
be good, play nice, reach old age,
be bad, be thuggish, you soon be dead. 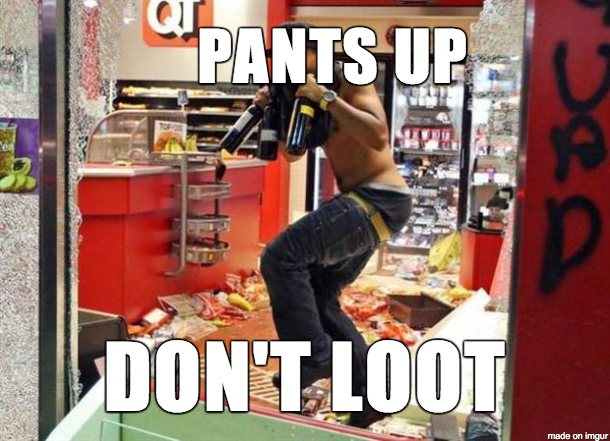 When emotion is involved there is no room for logic and reason.

Is this a call to THE FLYING INMANS?

A call to the Flying Inmans!